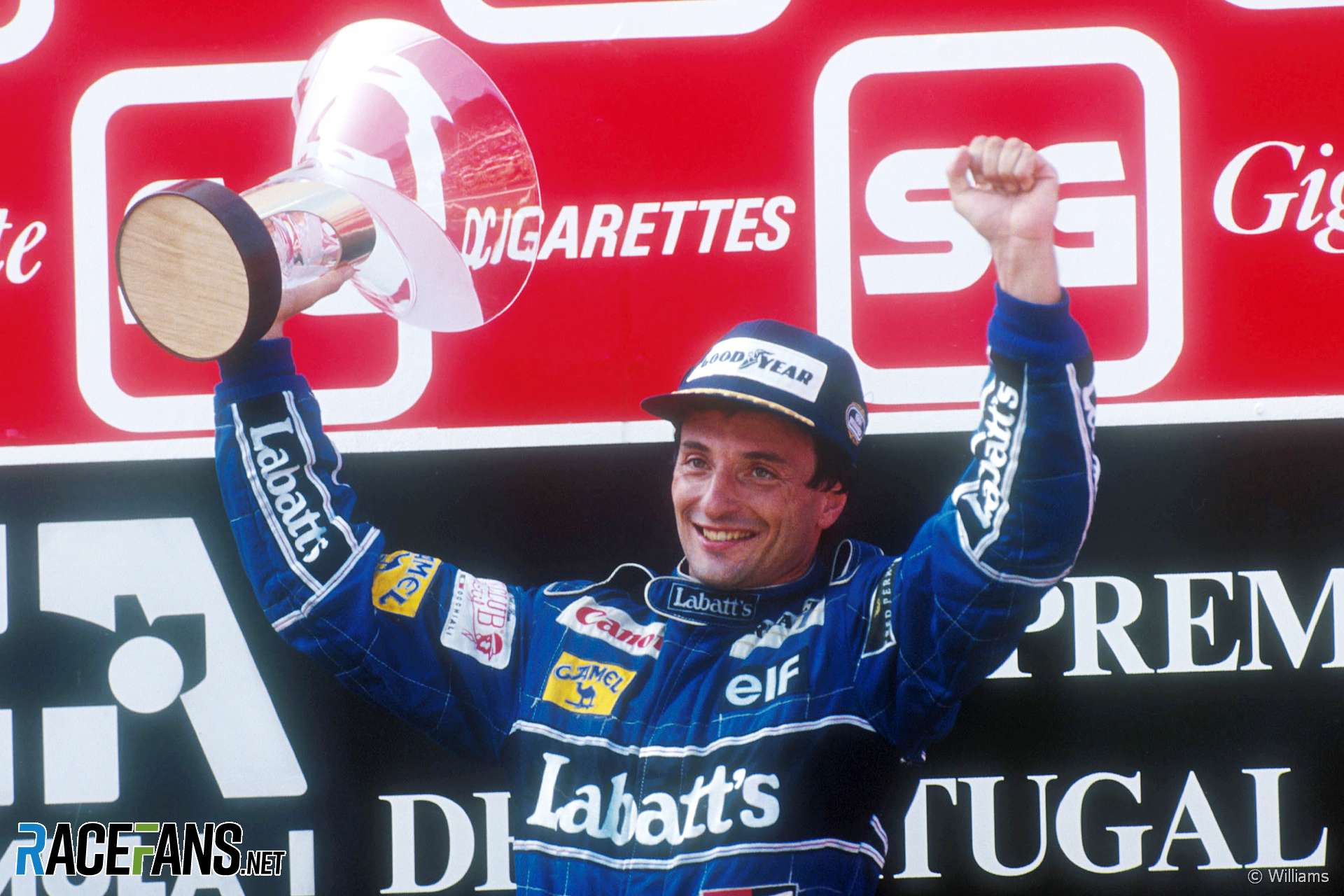 Riccardo Patrese set a new record for the longest F1 career when he passed Graham Hill and Jacques Laffite’s total of 176 participations at Brazil in 1989. This was 12 years after his debut for Shadow at Monaco in 1977.

He followed a group of ex-Shadow staff to new team Arrows the following year and developed a reputation for erratic driving. This led him to be blamed – many said unfairly – by James Hunt and others for causing the accident that killed Ronnie Peterson at Monza in 1978.

Patrese remained with Arrows for four years, during which time he took a surprise pole position at Long Beach in 1981 plus third place in the next round at a soaked Jacarepagua in Brazil. He followed that up with second at Imola, and won promotion to Brabham, who had just taken Nelson Piquet to the world championship.

He was the first of the team’s drivers to win a race in 1982, claiming his maiden triumph in dramatic circumstances at Monaco. While Piquet scooped the 1983 crown Patrese went out on a high, claiming his second career victory at Kyalami.

A succession of ill-timed career moves followed. He switched to Alfa Romeo in 1984 but the team was on a downward spiral. he spent most of 1984 retiring from races, though at Monza the car held together and he finished on the podium behind Niki Lauda and Michele Alboreto. The following season was even worse, and for the first time in his career Patrese ended a season point-less.

He returned to Brabham the following year but a similar story unfolded over the next two seasons. The team had lost its edge, owner Brenie Ecclestone was increasingly preoccupied with running the sport, and Gordon Murray’s radically low 1986 car proved a failure. Patrese scored two points with it. The following season was little different, though he claimed his first podium finish for three years behind the two Williams drivers in Mexico.

Four weeks later he was driving a Williams in the season finale at Adelaide, substituting for Nigel Mansell who had injured his back at Suzuka. The following year they were team mates but Williams had lost their potent Honda engines and had to make do with Judd power. Nonetheless Patrese posted his best championship finish for five years, and while Mansell moved on he stayed with the team as it formed a new alliance with Renault for 1989.

Patrese had to look on while new team mate Thierry Boutsen scored the team’s two wins in 1989, but six podium finishes meant he took a creditable third in the championship behind the dominant McLarens. The following season he finally ended his victory drought, leading the field home at Imola a record seven years since his last win.

Mansell returned to the increasingly competitive Williams squad in 1991 and Patrese had the upper hand for the early part of the season, passing his team mate to win in Mexico. But Mansell turned the tables and clinched the 1992 championship with nine wins to Patrese’s one.

He spent his final season at Benetton where the veteran suffered a heavy beating at the hands of impressive young talent Michael Schumacher. He later raced in the now-defunct Grand Prix Masters series.