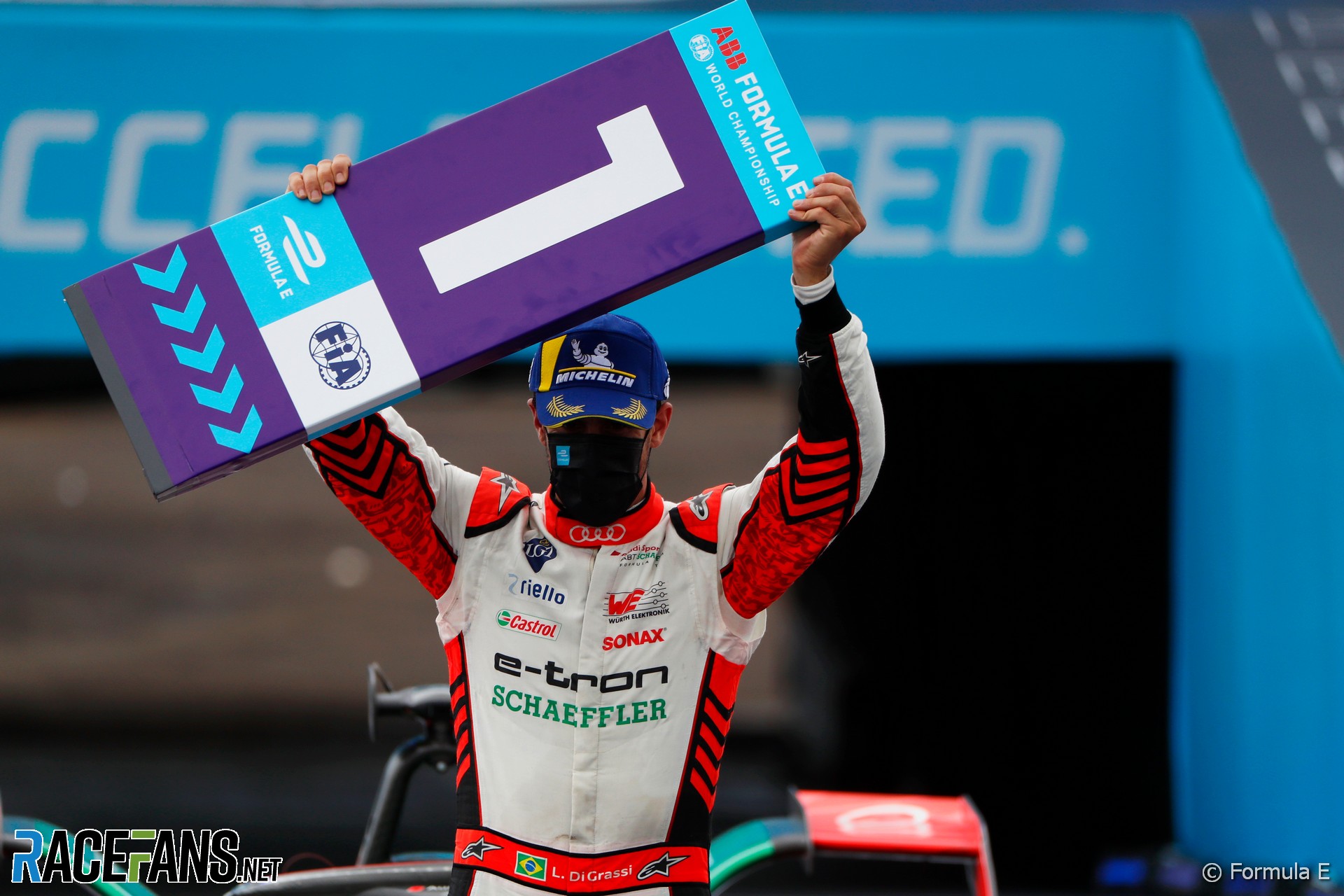 Brazilian Lucas di Grassi did a few races in Formula Renault before stepping up to South American F3 aged 18. His 2003 season ended when he crashed heavily at Curitiba and, not having any insurance, couldn’t afford to continue. Nonetheless he still ended the season in second place behind Danilo Dirani.

Di Grassi tested for Hitech at the end of 2003 and backing from the Renault Driver Development programme placed him with the team in British F3 for 2004.

At this time Renault were also supplying F3 engines but di Grassi found their Sodemo power plant short on grunt. His two victories at Thruxton were the only victories all year for the engine, and he was eighth in the championship.

Renault moved him to the F3 Euroseries with Manor for 2005, but early in the year he suffered a huge crash with Giedo van der Garde. He finished the season third behind the dominant ASM cars of Lewis Hamilton and Adrian Sutil.

However di Grassi triumphed in the prestigious end-of-season F3 race at Macau, beating rivals such Robert Kubica and Sebastian Vettel.

Di Grassi was beaten to the 2007 title by Timo Glock. Although he was consistently in the points, di Grassi managed only one win, in the Istanbul feature race, and it took some misfortune on Glock’s part to keep di Grassi in the hunt.

For 2008 di Grassi found himself on the sidelines, adopting the role of test driver at Renault, but sharing a meagre workload with Romain Grosjean and Sakon Yamamoto. However fellow Renault Development Driver Ben Hanley was dropped by the Campos squad after a mere six starts in the GP2 main series and di Grassi was promoted in his place.

He enjoyed an excellent sequence of races, winning three times and amassing enough points to rank third overall at the end of the year behind Giorgio Pantano and Bruno Senna.

Di Grassi returned with Racing Engineering in 2009 and began the season as favourite to win the title. But he struggled to keep pace with the Barwa Addax cars of Grosjean and Vitaly Petrov in the early part of the season. He ended the year third overall behind Petrov and champion Nico Hulkenberg.

He endured a tough introduction to Formula 1 with a car that was often unreliable and not quick enough to score points. He was regularly out-quailfied by Glock.

At the end of the year the team announced he was being replaced by Jerome d’Ambrosio.

Di Grassi joined the new Formula E championship in 2014. A strong showing in the 2015-16 season saw him push eventual champion Sebastien Buemi until the final round, where the pair controversially collided.

Di Grassi finally captured the Formula E title at his third attempt in the 2016-17 championship, overhauling Buemi in a final-round double-header in Montreal.