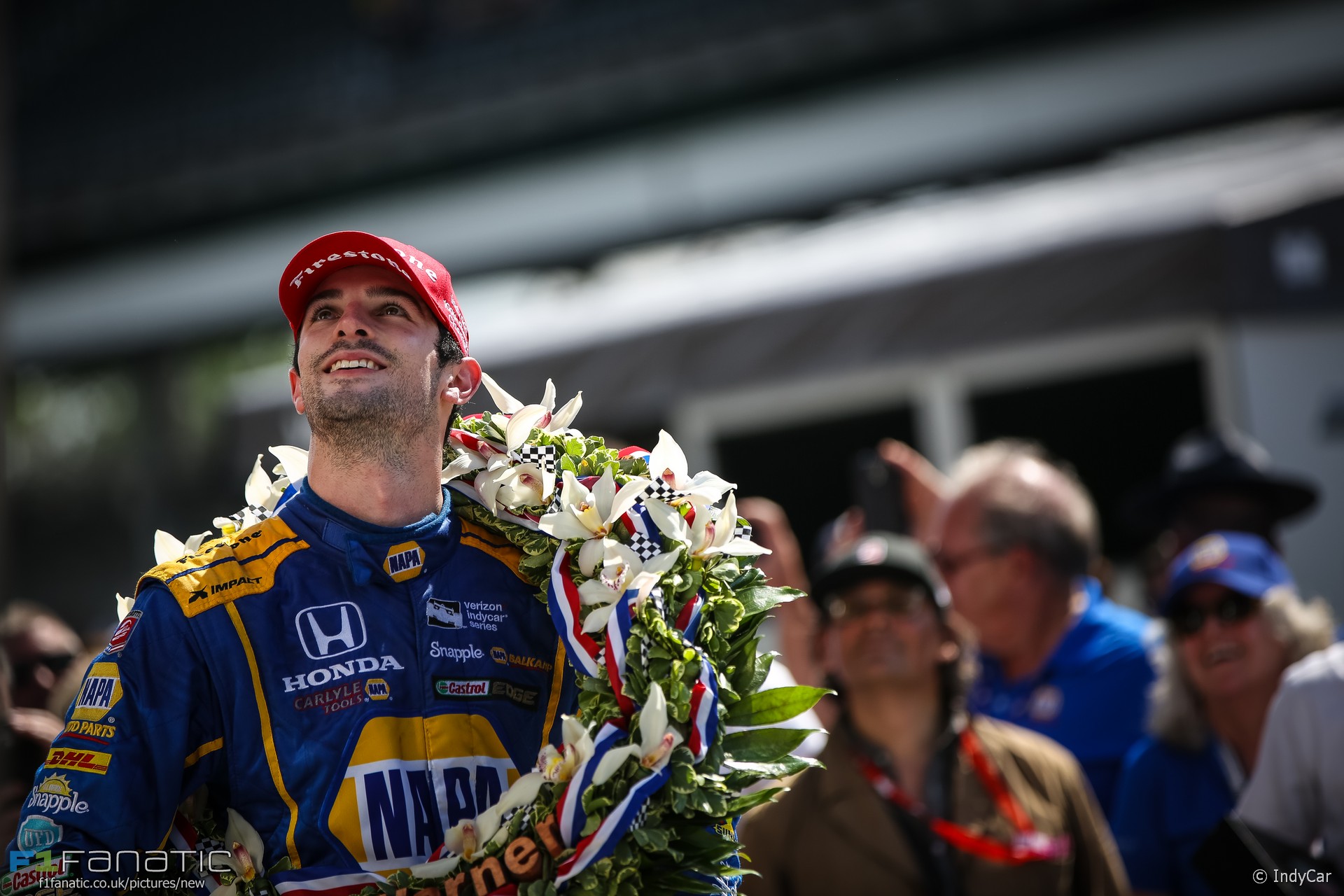 Alexander Rossi looked set to make his Formula One debut in 2014, only for the deal to fall through at the 11th hour. But the following year he secured a deal which saw him become the first American to take part in an F1 race since 2007.

Rossi gained his first F1 test courtesy of BMW at the end of 2009, but as the company was in the process of pulling out of Formula One the opportunity did not lead to anything further.

Rossi had won both the Formula BMW Americas championship and the World Final event in Mexico City the year before. He then made the move to racing in Europe, and placed fourth in the Formula Master championship in 2009 as he began to learn a new roster of tracks.

A switch to GP3 the following year provided more experience on F1 circuits and he again finished the season in fourth, this time with a pair of wins. The following year saw him move up to Formula Renault 3.5 where again he won twice, and ended the year third behind Robert Wickens and Jean-Eric Vergne.

By now he had attracted the attention of another F1 team, Lotus, which in 2012 changed its name to Caterham. As well as testing for the team and making his first appearance in an F1 practice session in Spain, he adopted their colours in Formula Renault 3.5. But his second season in the category was a major disappointment, frustrated by car trouble and then comprehensively overshadowed by new team mate Antonio Felix da Costa in the second half of the year.

Caterham continued to support his career and in 2013 he entered GP2 with them at the second round. It took until the final round for him to score his breakthrough win, which moved him up to ninth in the standings.

His winter testing pace raised expectations for the following season but they were not met. The team endured a difficult start to the year, and with the F1 team faring even worse a change of management soon had consequences for Rossi, who left them in July to join Marussia.

The move looked set to pay off, as the following month Marussia announced they would replace regular driver Max Chilton with Rossi at the Belgian Grand Prix. However the move fell apart amid rumours that a payment from Chilton had been delayed, and following his first run in the car Rossi was told Chilton would be back in the cockpit for the rest of the weekend.

Rossi returned to GP2 the following year with Racing Engineering and enjoyed his best campaign to date. Back-to-back wins at Spa and Monza moved him up to second in the championship, albeit far behind points leader Stoffel Vandoorne.

Following the Italian round Rossi got his second chance to make his F1 debut with the same team, which had rebranded as Manor, in five of the remaining seven races. This time it came together, and Rossi brought his car home 14th in Singapore ahead of team mate Will Stevens.

Rossi beat Stevens twice more during their brief partnership, but in their final race it was Stevens who came out ahead after diving past his team mate.

Following his Formula One stint Rossi secured a full-time IndyCar seat at Andretti for 2016. The one hundredth running of the Indianapolis 500 was his first appearance in the race, yet he scored a shock victory by conserving his fuel in the final laps.