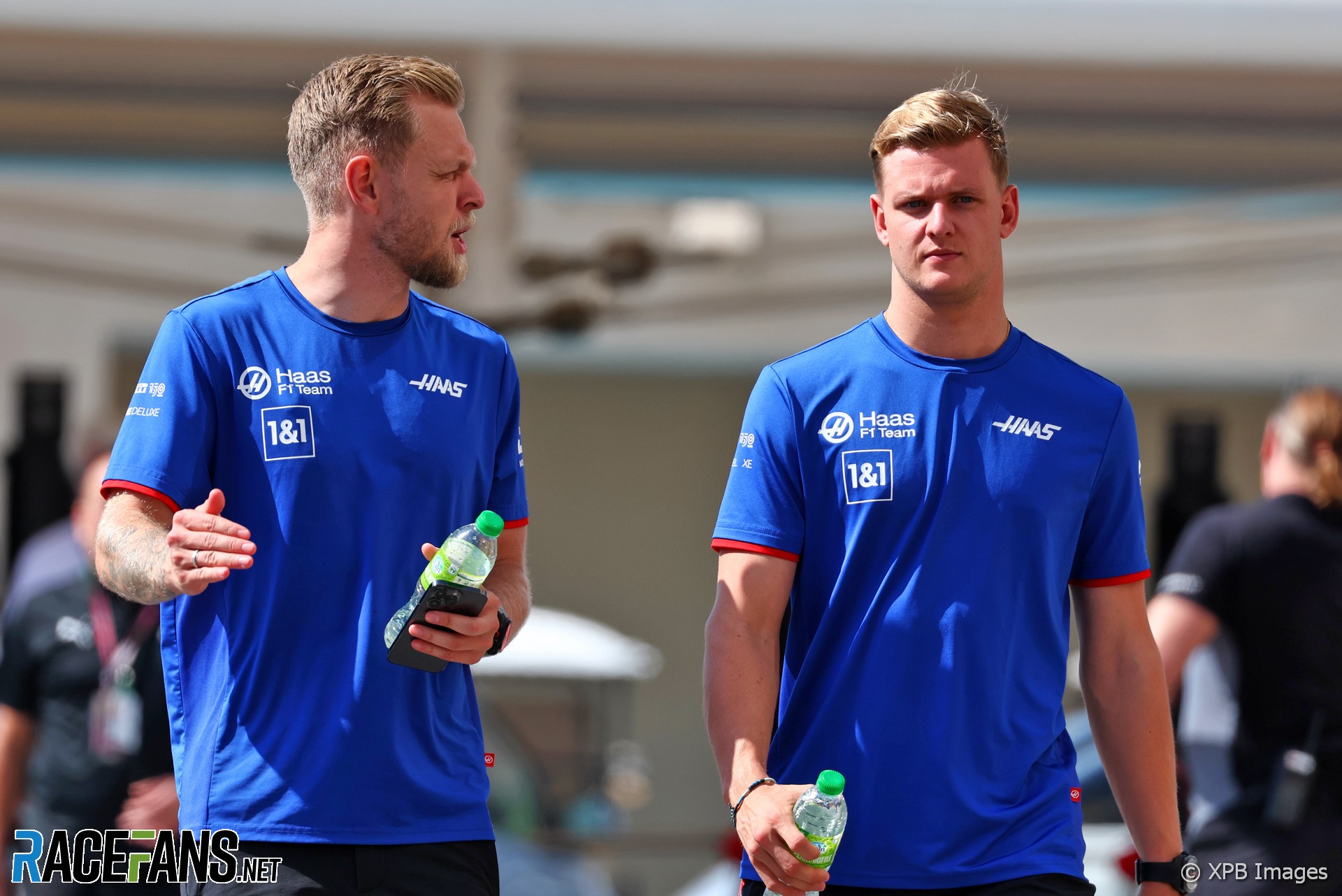 Kevin Magnussen offered words of sympathy for Mick Schumacher as he leaves Haas, and says his own Formula 1 career shows how his former team mate might make it back onto the grid one day.

Schumacher was signed by Haas after winning the 2020 Formula 2 title. He has been shown the door in favour of Nico Hulkenberg after two seasons at the team, the highlight of which was a pair of points finishes this year.

“It’s a double-sided thing, right?” said Magnussen. “Because on one hand it’s exciting getting someone like Nico in with all his experience and capabilities. And on the other hand, I feel bad for Mick because I know how that feels, I’ve been in that situation myself, and I think he’s done a good job this year.

“I like him as a person as well, and it’s easy to feel bad for him. F1 is tough, but it’s also possible to make it back, I’ve done that twice. I hope he can keep fighting and try to make it back on the grid.”

Magnussen joined F1 with McLaren in 2014, becoming their first junior driver since Lewis Hamilton to be promoted to a race seat. He impressed by scoring second place on his debut, but only finished in the top five once more following that and was demoted to a reserve driver role for 2015.

He signed to race for Renault in 2016 but moved on to Haas after a single season and two points finishes. The next four years were spent at the same team, but Magnussen lost his seat in 2021 as the team brought in an all-rookie line-up featuring Schumacher and Nikita Mazepin. When the latter was dropped in March, Magnussen made a second F1 return as his replacement.

Magnussen says his experience shows Schumacher should not be discouraged by losing his F1 drive at the age of 23. “When I’m patting him on the shoulder saying ‘keep at it’, then it also has some weight,” he said, adding it shows “nobody knows what [can happen], you can never say never in this sport and there’s really a reason to hang in there.”

He had “nothing bad to say about Mick or his performance” in 2022, and recommended that he “keep training, keep positive, stay close to whatever team he’s going to be involved with” in 2023 to improve his chances of an F1 return. Mercedes’ team principal Toto Wolff has indicated that talks have begun with Schumacher about joining his team.

“[Schumacher] has got a team behind him who are going to work hard for him,” Magnussen added. “I’m quite positive that we will see him back on the grid. I hope all the best for him.”