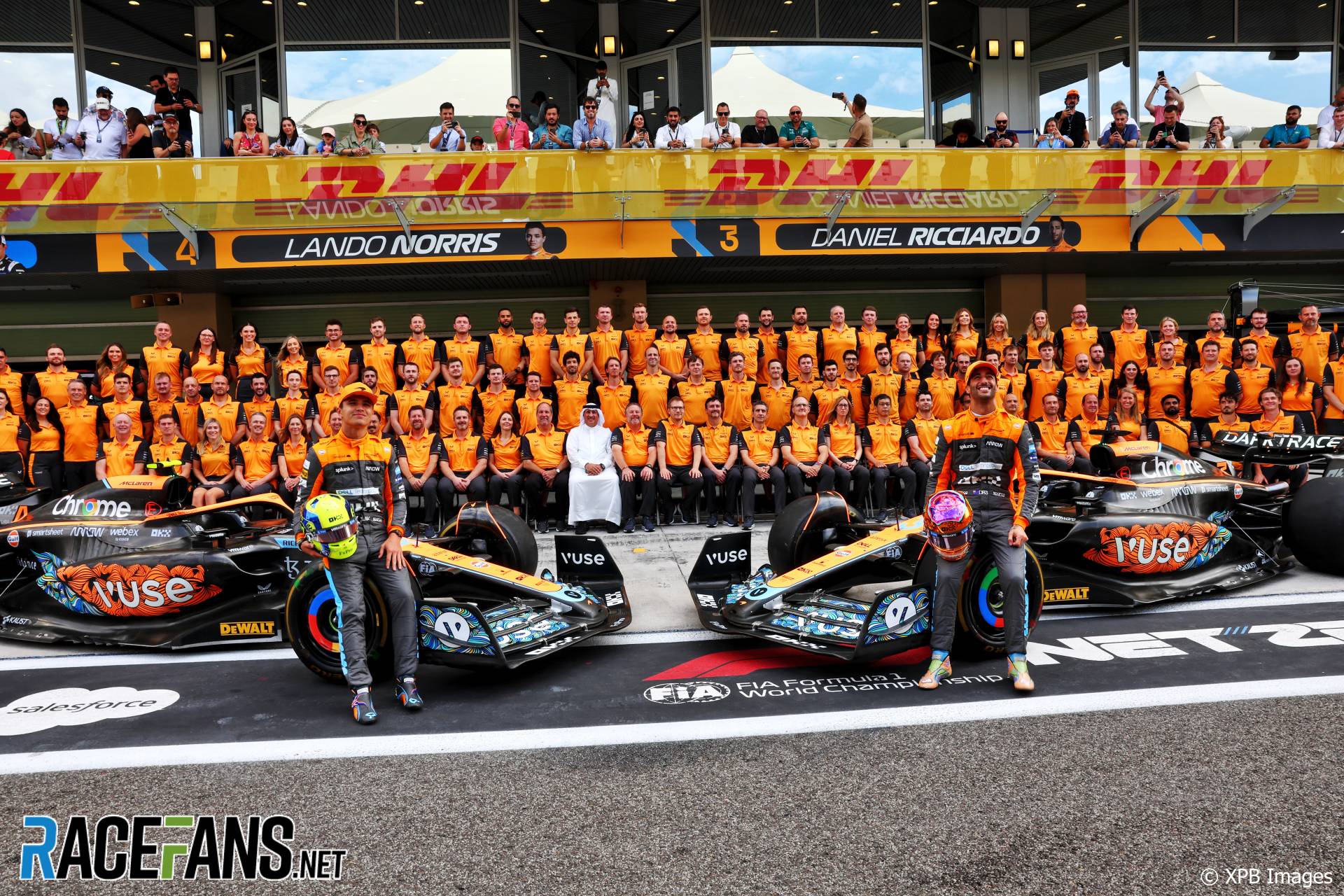 Alpine beat McLaren to fourth place by 14 points. While Norris out-scored both Alpine drivers this year, and was the only driver outside of the top three to stand on the podium, Ricciardo endured another difficult season which led to his earlier departure from the team. Norris scored over three times as many points as him.

However Seidl said he’s “far away from just blaming the situation with Daniel for almost scoring P4 this year.”

“In the end, I’m aware as well about my responsibility and the team’s responsibility in order not to get it [to] work together with Daniel in the way we were hoping for, despite great commitment that was done on Daniel’s side and on our side,” he explained.

“That’s then, in the end, part of not scoring the points as a team that you wanted to score, or could have scored, [and is] typically part of the sport as well. And that’s something that we’ll try to address or improve for next year.”

Seidl said 2022 felt “like a step backwards compared to previous seasons” and McLaren deserved to finish fifth as “Alpine did a better job”. However he also believes there were “a lot of positives” from “where we made steps forward.”

“First of all, if you just look at ourselves, it’s almost one of the positives this season that we were the only team to score a podium apart from the top three teams,” he commented.

“So it was a positive outcome that Lando could actually score P7, which means he was, let’s say, best of the drivers that were not within the top three teams. Which shows again that Lando was doing an impressive season, even if the highlight results haven’t been there because he didn’t have the car this year.”

“I see that we are moving in the right direction because, as I said before, again there’s a lot of different topics within the team back home, also out here on the race team side where I see that we made steps forward,” he added.

Despite the pressures of F1’s cost cap , Seidl said the team hired more engineers during 2022, which was important to overcoming the braking problems and other setbacks they encountered after turning up to the season-opening Bahrain Grand Prix with a car that was less competitive than they expected.