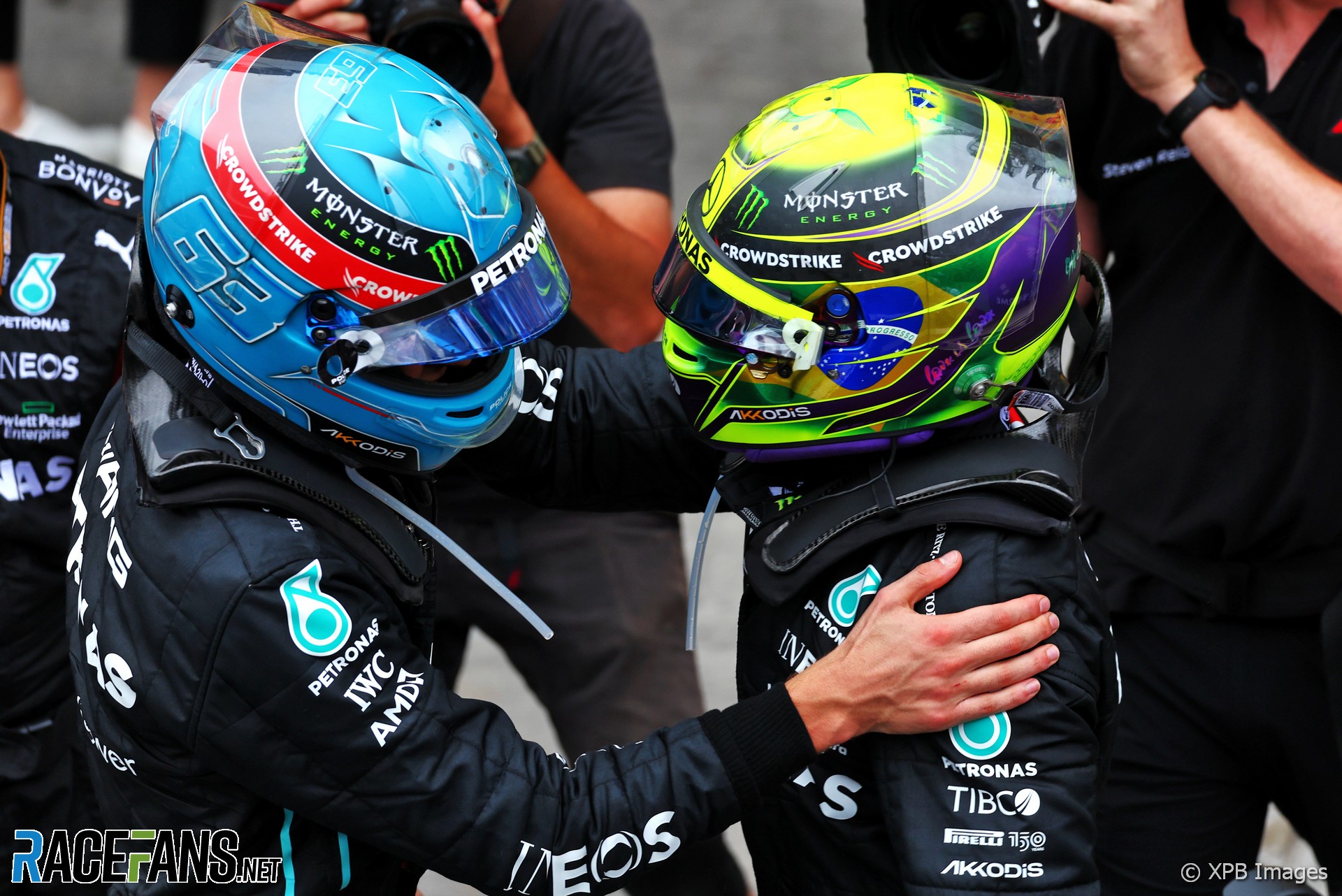 Mercedes will not prioritise efforts to avoid a first win-less season for Lewis Hamilton this weekend after his team mate scored a breakthrough victory for them on Sunday.

Hamilton has never completed an F1 season without scoring a victory since he entered the sport in 2007. Mercedes had gone win-less this year until George Russell triumphed at Interlagos last weekend.

“I think that Lewis doesn’t need any prioritisation and it’s not what he ever would want,” said Wolff. “This record of winning a race in every single season is less of a priority for him, it’s more that we’re getting the car back to where it can be and we are racing for more race victories next year and hopefully for a championship.”

As they neared the end of their 11-month win drought on Sunday, Mercedes resisted any temptation to call off the fight between their drivers in the closing stages of the race, as Hamilton pressed on in pursuit of Russell. “As a team, we always stood for free racing,” said Wolff.

“We have never done otherwise unless a driver is mathematically not in contention anymore for a championship and the other one is. So we were actually looking forward to them racing on par with the same tyre and we discussed it this morning in the strategy meeting.”

Towards the end of Sunday’s race Russell asked whether he and Hamilton were still fighting each other. He said he was not entirely surprised to learn Hamilton was still allowed to pressure him for the win.

“We’ve always said that we’re free to race,” said Russell. “Toto and the team have put a lot of faith and trust in Lewis and I and we’ve obviously had a few side-by-side moments throughout this year and it has always been respectful and I think we’ve got a huge amount of respect for one another.

“I just wanted to understand the position. I knew how important that one-two was for the team. So if we weren’t racing, it was kind of like, ‘bring the car home’. If we were racing, it was a quali lap every single lap and you’re risking every corner, because the laps just had to be perfect. So obviously I’m happy to have won it that way.”