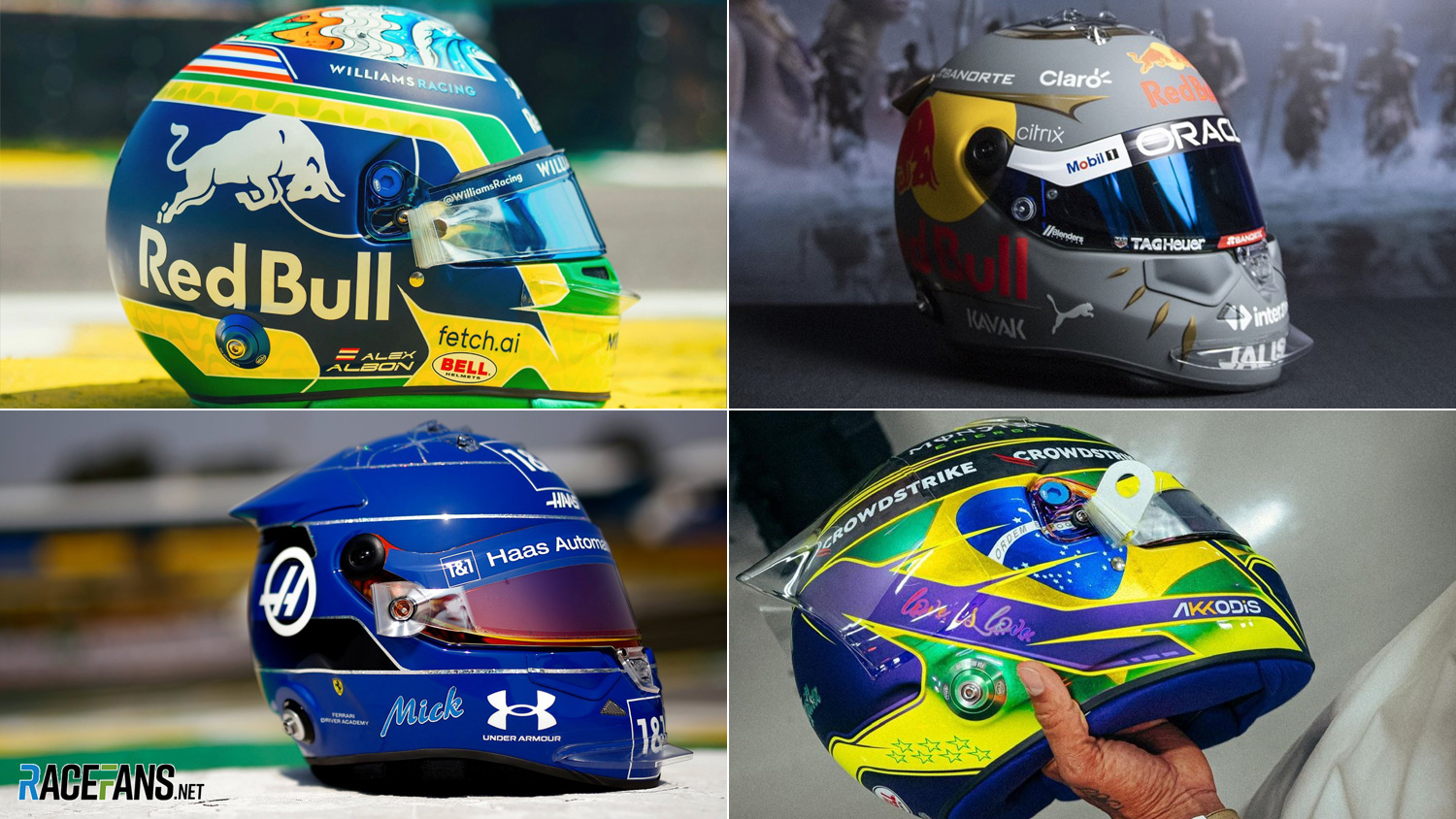 Hamilton was made an honorary citizen of Brazil in a formal ceremony earlier this week. A lifelong fan of Brazilian multiple world champion Ayrton Senna, Hamilton has worn Brazil-themed helmets before. He described this one as “another home race helmet” on social media.

Ferrari driver Charles Leclerc has also adopted the colours of the Brazilian flag.

This weekend’s race is the penultimate event in Sebastian Vettel’s successful and storied career. He has a Brazilian style helmet too, and is producing another special design for his final race in which fans can enter an auction to have their picture appear on his helmet.

This may also turn out to be Mick Schumacher’s his penultimate grand prix start, if Haas have indeed decided not to keep him on board for next year.

He has revived his original helmet design from his go-karting days. An example of his blue lid will be donated to the annual ‘Spendenmarathon’ telethon held by German broadcaster RTL which raises money for children’s charities and aid projects.

Alexander Albon has added Brazilian colours to his usual helmet design for his second visit to the Interlagos circuit.

Sergio Perez has a special helmet for this weekend promoting the new film Black Panther: Wakanda Forever. His team mate Max Verstappen is continuing to wear the gold ‘world champion’ helmet he first used at the Mexican Grand Prix two weeks ago.