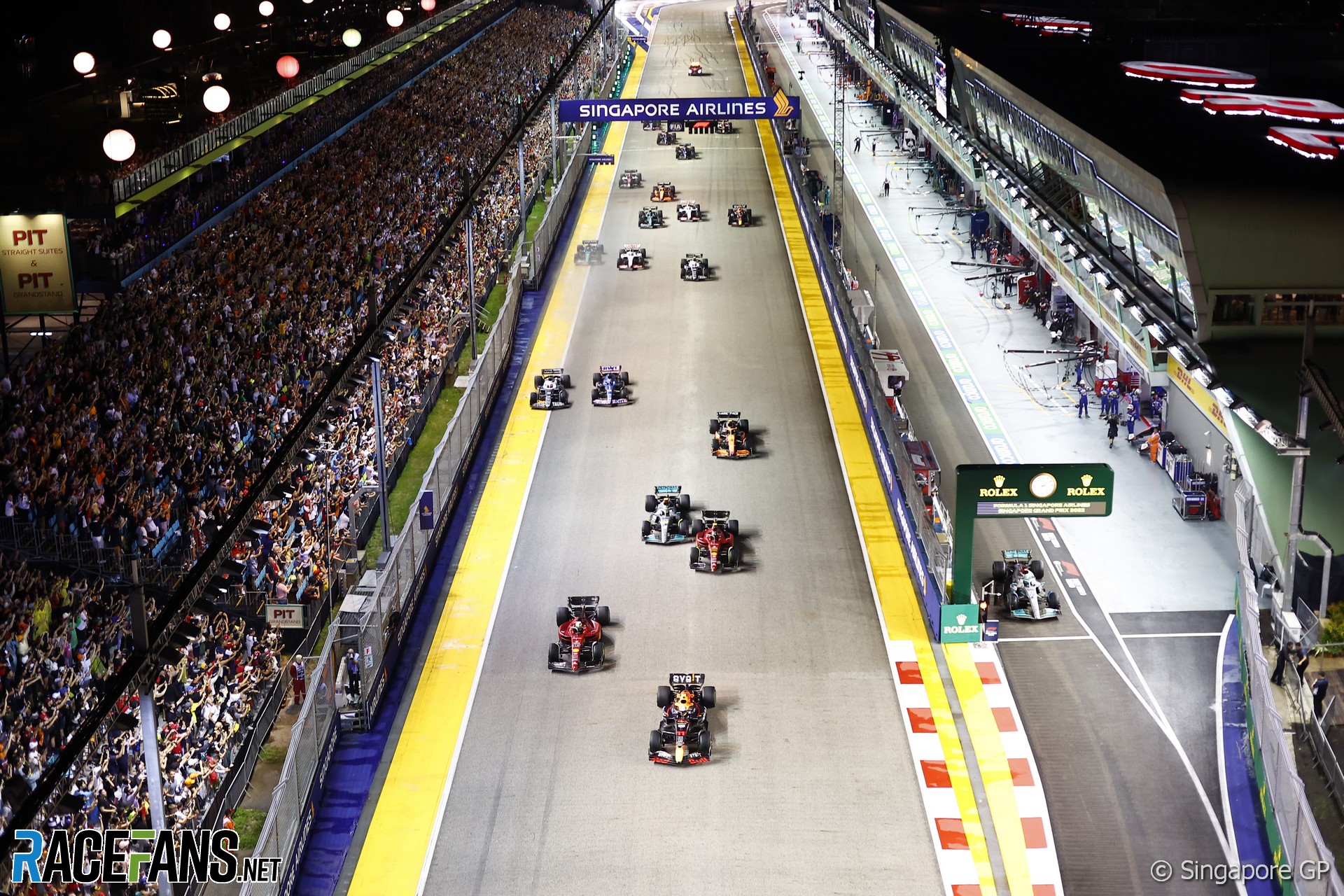 Charles Leclerc is confident he will make a better start at this weekend’s Japanese Grand Prix after losing the lead off the line in Singapore.

The Ferrari driver started on pole position but was beaten to the first corner by Sergio Perez, who started second and went on to win the race. Perez led every lap while Leclerc chased the Red Bull and finished second.

Leclerc noted other drivers who started behind him on the right-hand side of the grid, including Lewis Hamilton and Fernando Alonso, also got away poorly and lost positions, suggesting they experienced a similar loss of grip on the same area of track.

“I think we’ve been pretty strong with starts all year long,” Leclerc said. “Looking back at Singapore, I don’t think we did anything bad.

“Myself, Lewis and Fernando all had bad starts going on the patch on the right-hand side. That was a little bit unfortunate. I’m confident that the start will be fine this weekend.

Suzuka’s starting grid is unusual due to the slight downhill gradient the pit straight sits on. Leclerc said it makes little difference to drivers’ starting techniques.

“You just need to remember to stay on the brakes until the lights are out, otherwise, you roll and it’s a stupid penalty,” he explained. “But apart from that it doesn’t change much.”

After Perez gave Red Bull their sixth consecutive win in Singapore, Leclerc believes the championship leaders will be difficult to beat again in Japan. “Red Bull will be very strong here,” he predicted.

“It’s a track where you run the car in a similar position to Spa and I expect them to be very, very strong. So hopefully we learned well in Spa and we will be stronger than we were there.”

Max Verstappen can claim this year’s drivers’ championship on Sunday. If he takes victory and secures the fastest lap Leclerc will be unable to stop him clinching the title.

The former championship leader says the reason Ferrari’s challenge faded during the season was not a lack of performance compared to Red Bull.

“I think, realistically, Max is going to be champion – if it’s not this weekend, it’s going to be very, very soon,” said Leclerc. “But we need to focus on ourselves, try to execute well this Sunday.

“Because the performance is not what we lacked this year. If we look from the first race through to now, we’ve always been strong and the performance was always good enough to actually fight for wins – apart from some offs, but there weren’t many.

“I think it’s mostly about trying to put everything together coming into Sunday – strategy, tyre management, that’s where we are focussing on at the moment. And this is the step that we will have to do next year in order to fight for the championship.”