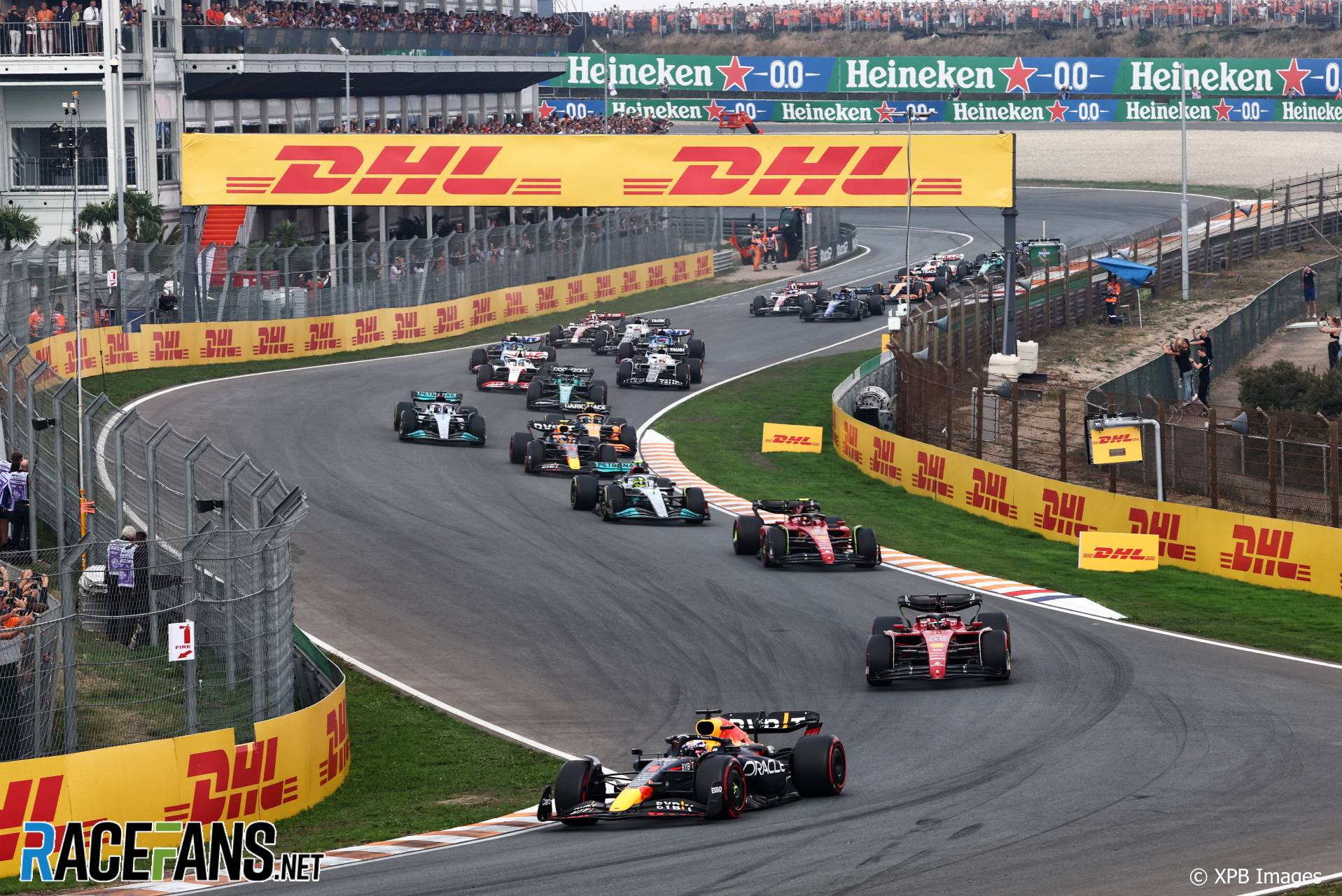 The announcement of the 2023 Formula 1 calendar yesterday was more surprising for the manner in which it was revealed than the details of the series’ longest-ever schedule.

The schedule’s expansion to 24 races was widely tipped. China’s return at some point was expected and the Qatar and Las Vegas races had been announced previously.

The French Grand Prix promoters acknowledged F1 wouldn’t return to Paul Ricard in 2023 after Stefano Domenicali revealed it in a press conference last month. Spa’s one-year deal to remain on the calendar was announced soon afterwards.

But the timing of the calendar announcement was more surprising. Despite many of its events having fallen into place, Domenicali told Liberty Media investors last month the calendar would not be confirmed until “around early October.” He later clarified the delay related to the planned return of the Chinese Grand Prix to the calendar.

Following the cancellation of a swathe of events over the last three years due to the pandemic, China’s race will be the last to return to the schedule. The country’s zero-Covid policy has delayed the resumption of international sports within its borders. The Winter Olympics were held in February under conditions of strict security which saw competitors, media and other observers restricted to their own ‘bubble areas’.

Domenicali indicated a decision on China’s race would come after the National Congress in October, the ruling Chinese Communist Party’s summit held every five years in Beijing. “We believe that we are going to have clear guidance on what is the scenario for China in the future within the end of this year,” he said last month. “Because that is something that, as you know, from the political perspective, there is a big event there at the end of October.”

This cautiousness was understandable at a time when China is still locking down cities where Covid-19 outbreaks occur. These include, less than two weeks ago, the city of Chengdu, home to 21 million people.

Nonetheless the FIA, the governing body of Formula 1, announced yesterday the 2023 Chinese Grand Prix will go ahead next April. However it is striking that, despite such a packed calendar, this race has a free weekend either side of it, reducing any travel complications which may arise if it does not go ahead.

Even without a Chinese race the 2023 schedule would still be the longest championship F1 has ever held. That has inevitably made it harder for the series to make progress towards its goal of reducing the amount of travel involved in the championship, in order to cut costs and emissions.

Red Bull team principal Christian Horner pointed to some areas of improvement on the 2022 calendar earlier this year. “When you look at the geographics of it, Azerbaijan to Montreal, going to Australia for a weekend, it’s about as expensive as you could make it,” he said.

“If you look at the calendar it makes sense to group some of the races together, whether it’s some of the American races, some of the Asian races, Europe obviously,” he added.

Some progress has been made. Azerbaijan has moved earlier in the season and now follows China rather than sitting next to Canada’s round. However the latter remains separate from F1’s other American events, meaning the series will still need to make three transatlantic trips. Horner will also note the opportunity to reduce costs by putting Australia’s race next to another has also been missed.

The challenge of reducing the distances covered between races may grow. South Africa is widely regarded to be first in line for the next available slot on the calendar, and Kyalami is not in the vicinity of any other venue.

But if the ever-growing calendar is the biggest reason F1 keeps piling on the air miles, that at least is about to change. Domenicali says he intends to abide the cap on 24 races agreed with the teams.

“I don’t want to discuss any more than that number,” he said last month. “In the end we have the problem of the value of it and also in terms of demand [upon] the people and everyone that is around the world, not only the teams, but also everyone that is working for F1.”

The competition for places is already high. Domenicali said earlier this year he had enough interest to hold 30 races.

F1 could easily have hit the 24-race limit sooner. Had it not been for the unforeseen cancellation of the Russian Grand Prix’s contract earlier this year, following the country’s invasion of Ukraine, one of the 24 rounds on the 2023 schedule would not have a spot.

After years of watching the F1 calendar grow first under Bernie Ecclestone and CVC and lately under Stefano Domenicali, Chase Carey and CVC, it’s easy to be sceptical when the series declares it will go no further than 24 races. Time will tell whether by limiting the number of races it can drive up their value, and persuade promoters to move their events to dates which suit F1 better and allows them to make cost savings.

Or whether a promoter seeking a 25th race will write a huge cheque, and the temptation to stretch the schedule that bit further will prove too strong. But Domenicali is adamant that won’t happen.

“I think that this will be the number and around this number we’re going to build, because of the demand that we have, the right rationale to maximise what we believe is the right place to go,” he said. “That will respect, of course, the track itself – so the value of a what is a beautiful track – the value of what is the investment on that, what is the activation for the fans every promoter is doing, what is the interest that we are bringing for the teams or the manufacturers involved?

“So there are a lot of elements that we will consider. But in terms of numbers, this is exactly the point. As I said, no more than that.”