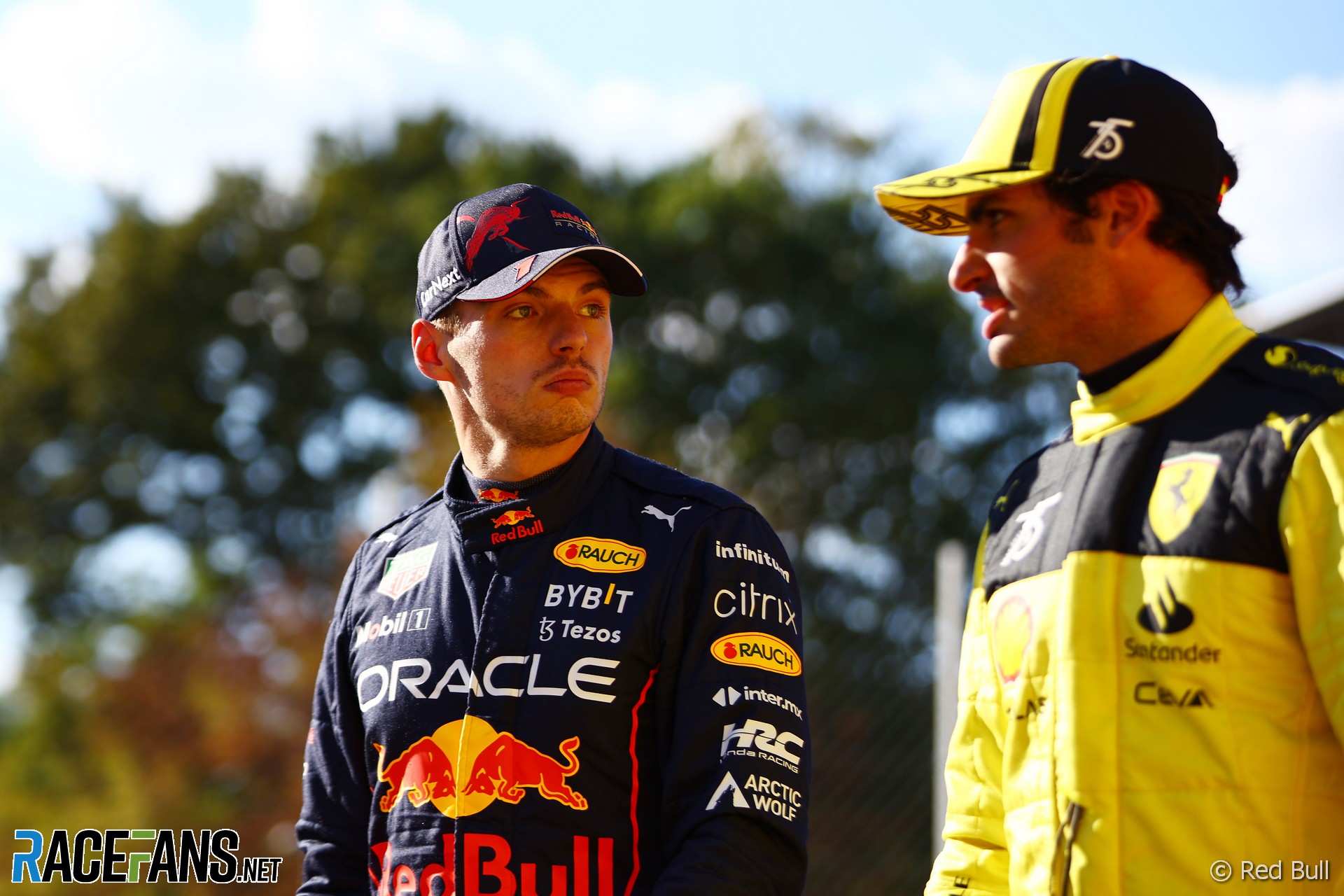 Carlos Sainz Jnr has lavished praised on runaway championship leader Max Verstappen, who could clinch his second Formula 1 title at the next race in Singapore.

Verstappen holds a 116-point lead over Sainz’s Ferrari team mate Charles Leclerc with six races remaining, having scored his 11th victory of the season at Monza.

Sainz said his former team mate Verstappen has driven well and made few errors in what is set to be a successful championship defence.

“I think he’s had a very strong season,” said the Ferrari driver.

“He’s done very little mistakes. Whenever he’s done mistakes – like in Spain, he spun in the same place than me, in Hungary he spun – he’s recovered from the mistakes and gone [on to] win. I think this is the biggest difference that even in the days that he’s had maybe a bit of an off, he still managed to go and win.”

Verstappen’s title defence got off to a troubled start as he suffered car trouble in two of the first three races which allowed Leclerc to pull 46 points ahead of him. But the Red Bull driver has piled on win after win over the following rounds while Ferrari have increasingly hit trouble.

“Since the first [three] races they’ve also been super-reliable and you add up all those things and he’s having an incredible season and I think he deserves it,” said Sainz. “Him as a driver, I think he’s also doing a particularly strong job.”

Verstappen has won the last five races in a row. But speaking after his Monza win, Red Bull team principal Christian Horner said keeping that winning run going over the remaining six rounds would be “a massive ask” for the driver and team.

“There’s some huge variance of circuits, Singapore compared to here has got the most corners on the circuit. It’s bumpy, it’s a street track. So it’s a much different challenge.

“We’re in a great position in the championship, but we’re going to attack every race and do the best we can in points or take care of themselves. We’ve been quick at a Spa or a Zandvoort or a Monza, and Budapest even, so on a variance of circuits the car’s performing really well.”

76 comments on “Verstappen deserves his success for “incredible season” – Sainz”