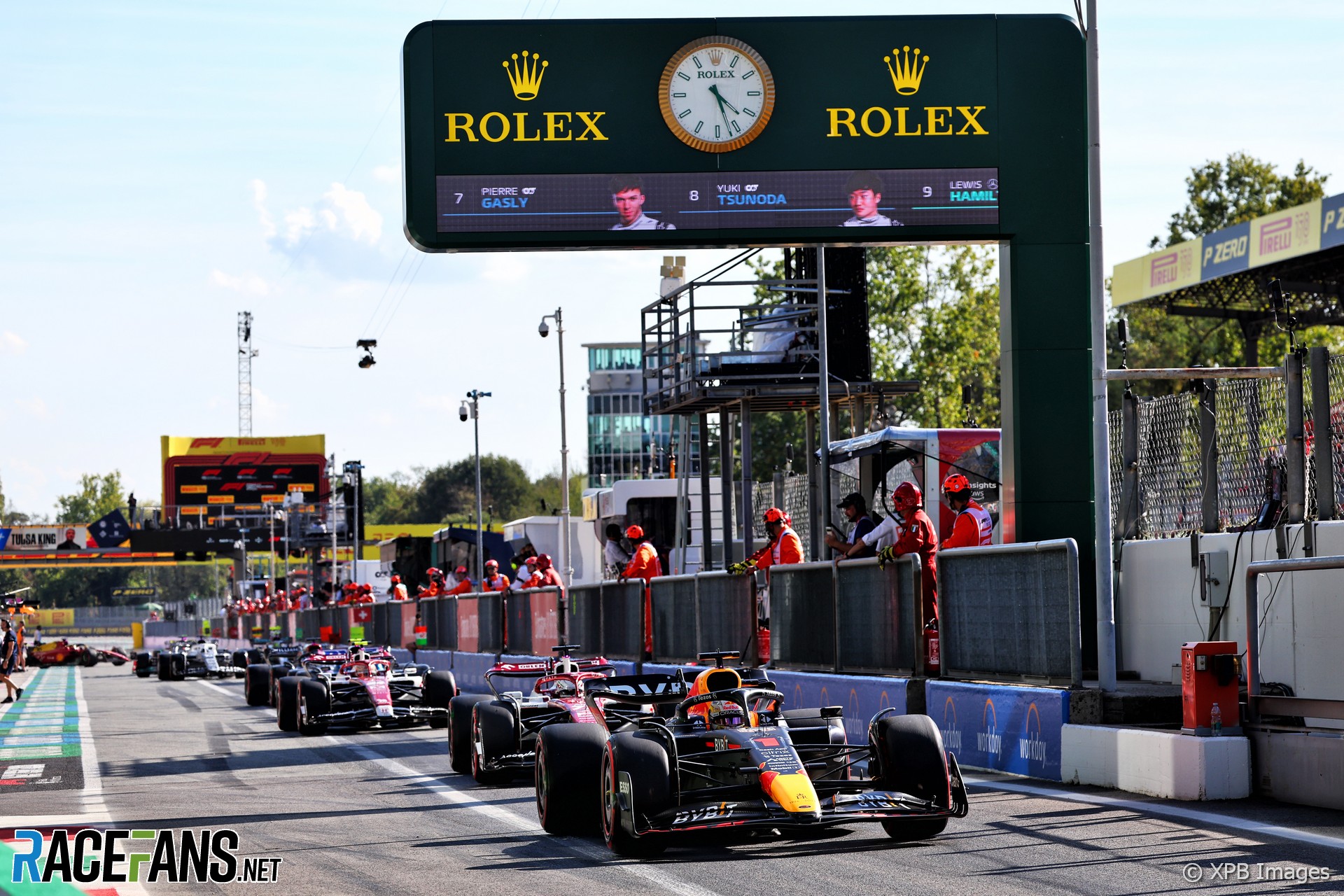 With no fewer than nine drivers awarded a variety of different penalties for the Italian Grand Prix grid, working out who was going to start where was always going to present some complications.

Even the drivers themselves were confused. While Fernando Alonso was telling one group of journalists in the media pen he expected to start “P7”, Max Verstappen was in FIA press conference insisting that was the same position where he would line up.

Meanwhile Esteban Ocon and Pierre Gasly took to social media to ask their followers what position they would be starting from. “I have no idea,” the Alpine driver admitted.

The process by which F1’s grids are decided when multiple penalties are involved has changed many times in recent years. This is often been because the penalties themselves have changed.

In today’s case, five drivers were given penalties of varying degrees. These included combinations of both regular ‘grid drops’ as well as the ‘start at the back of the grid’ penalty which was introduced in 2018 in order to simplify the system. The drivers’ penalties were as follows:

Under the F1 sporting regulations, grid drops are applied before any ‘start at the back of the grid penalties’. Given their qualifying positions, the six drivers who only had grid drops were to be relegated to the following places:

Of course, this left the last three drivers with impossible starting positions on a 20-car grid. They would initially move up to the last places.

However there were three drivers with ‘start at the back of the grid’ penalties. These were always going to occupy the bottom three places in the grid, arranged in the order in which they qualified, as per the rules. As a result their positions are:

Almost all of the other drivers with grid drops had to move up the order because of this. There were so many drivers at the back of the grid with penalties, it cancelled out much of their penalties. The next five places on the grid therefore became:

These drivers penalties were therefore lessened: Perez dropped back nine places instead of 10, Ocon three instead of five all the way back to the Haas pair who, instead of each moving back 15 places, gained three.

The only driver who served his full grid drop was Verstappen, dropping from second to seventh. In line with recent practice, he does not gain back places from drivers who are moved further back on the grid because there are sufficient un-penalised drivers to move ahead of him.

Therefore when Sainz and Hamilton moved to the back of the grid Verstappen stayed where he was. Pierre Gasly benefitted and so did Alonso – confounding his expectation he would start seventh:

Several years back, the FIA applied penalties like these differently. Each penalty was applied in turn, and the grid re-ordered each time. This meant in situations where multiple drivers received penalties they were more likely to cancel each other out.

However, the current practice is to ensure drivers serve the entirety of their penalties where possible. A clear precedent can be seen at last year’s Qatar Grand Prix where Verstappen’s situation was identical: He qualified second, had a five-place grid penalty and started seventh, notwithstanding the fact a penalty dropped another driver from third to sixth, neither sanction affecting the other.

That may explain why Verstappen felt so confident in asserting what his starting position would be. “It’s P7, unless I’m stupid, I think it’s P7. You need to read the rules.”

He was certainly right – at least assuming no more penalties are announced before the race tomorrow.