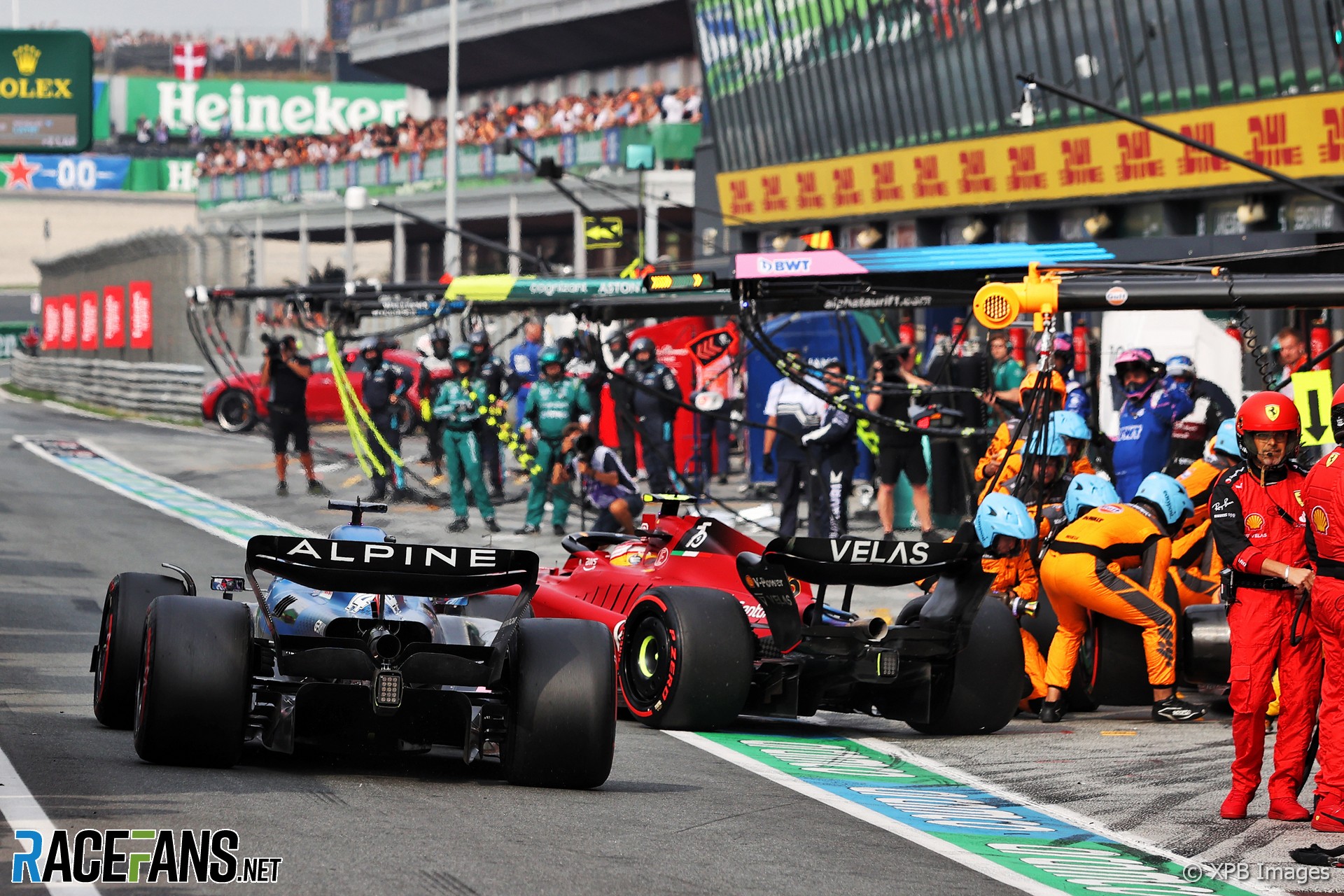 Carlos Sainz Jnr blamed a McLaren mechanic for an incident in the pits which led to him receiving a five-second time penalty after the Dutch Grand Prix.

However McLaren team principal Andreas Seidl said the difficulty of dealing with Zandvoort’s unusually tight pit lane is part of the challenge of racing there.

The stewards penalised Sainz after ruling Ferrari sent him out of his pit box too close to Fernando Alonso’s approaching Alpine during the Safety Car period at the end of the race. However Sainz insisted he was released in good time, but then had to slow when a crew member from McLaren appeared in front of him.

“I had to brake because a McLaren [mechanic] ran in my way,” he said. “You need to analyse every situation.

“By the time I was released by the mechanics, Fernando was really far behind. The problem is that then there was this McLaren guy with a jack running into my driving line and I had to brake and I didn’t get the pit exit right.

“But is it my fault, is it my team’s fault? No. It is some guy with a jack at McLaren that ran into my driving line and I had to hit the brakes.”

Sainz also accused Alonso of making the incident look worse than it was. “I’m pretty sure also Fernando exaggerated a bit the [risk of] hitting me and all that to try and get me a penalty,” he said.

Other series made allowances for the cramped pit lane, one of the shortest F1 uses, last weekend. Formula 2 introduced a one-off rule change forbidding drivers from making their mandatory pit stops during Safety Car periods to reduce congestion in the pits.

F1 did not make any such alterations to its rules. Seidl said it’s up to the teams to ensure they carry out their pit stops safely in the limited space available.

“It is a tight pit lane which also brings some challenges with it,” he said. “But at the same time I think probably all of the teams managed well today.

“Of course, let’s say this brings a bit of uncertainty into the game, this tight pit lane, because you might end up having pit stops that are definitely a bit slower than other cars that, for example, are also lucky and can do a pit stop without anyone around. But it’s part of the challenge – it’s not just this track like this.”