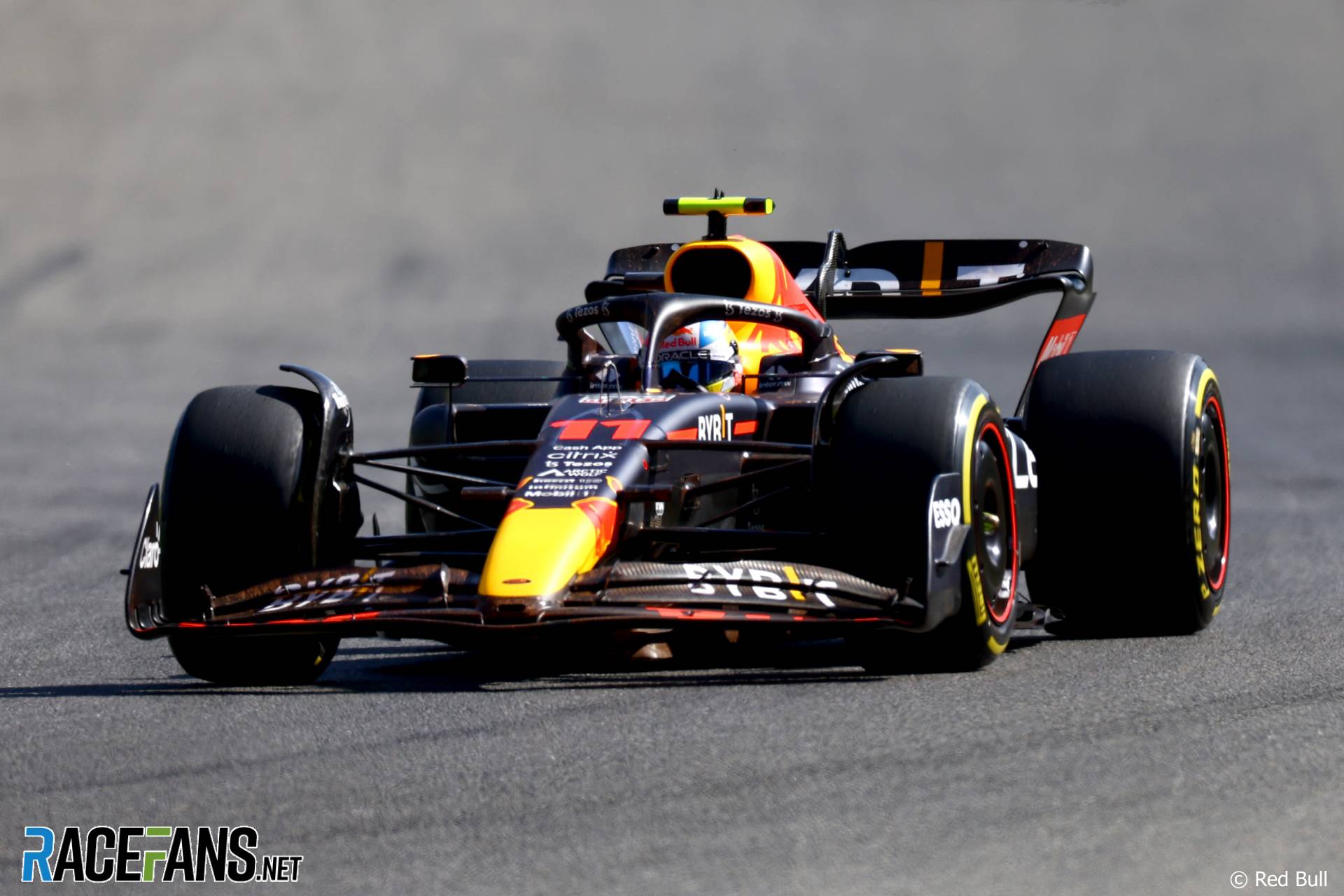 Red Bull will continue to use different floor specifications on their drivers’ cars at this weekend’s Dutch Grand Prix, Sergio Perez has confirmed.

While Max Verstappen continues to use the team’s current floor design, Red Bull reverted to an older specification floor on Perez’s car.

“We just have different floors for now,” said Perez, who confirmed the decision to compare the two designs was prompted by the team. “It’s going to be, we’re going to have this floor for the next few events, and we will try to get a better read.”

The floor on Perez’s car has a cut in the section in front of the rear wheels. The design hasn’t been seen since the British Grand Prix in July.

“He was super fast last weekend, really strong,” Perez admitted. “I’ve been on the sim this week trying to understand everything and hopefully I am able to get another gear on my side.”

However Perez does not feel his deficit to Verstappen was large enough to cause concern. “I finished, what, 17 seconds behind and Max started P something?

“I think if you have a bad weekend and your team mate has a good weekend normally that sort of gap, we’ve seen it with other team mates.”

Perez has said several times across recent races that he has found the Red Bull trickier to drive as the team have developed the car over the course of the year.

“I think in the beginning I was more comfortable,” he said. “I would feel like every time I came to a weekend in FP1, I was already easily happy with the balance and things were coming natural.

“As the season progressed I felt like it has become harder and harder, every weekend I have to really to dig deep into the analysis and I’m not as comfortable I was with the car before.”

Vertsappen is known to prefer a car with a looser rear end and responsive turn-in. Perez said the car has gone “a little bit in that direction” since the season began.

“The car has developed and has gone into a certain direction. But right now my main focus is to make sure I am able to get on top of the car.”

Verstappen feels the changes Red Bull have made to the RB18 have made it more competitive, leading to their most dominant performance of the season so far at Spa-Francorchamps, a venue which played to the car’s strengths.

“I think we just always kept on trying to work and improve the balance and the feeling of what I feel in the car,” he said. “I think overall it’s quite an efficient car. All season long we’ve been quite quick on the straight. So some tracks of course it works better than others.

“But I said before, I think Spa is maybe one of the best tracks for that car. And with all the updates over the year so far, I think we’ve got it in a better window. It felt really enjoyable to drive in and in Spa specifically. We’ll see again of course now in the upcoming races how it’s going to go.”