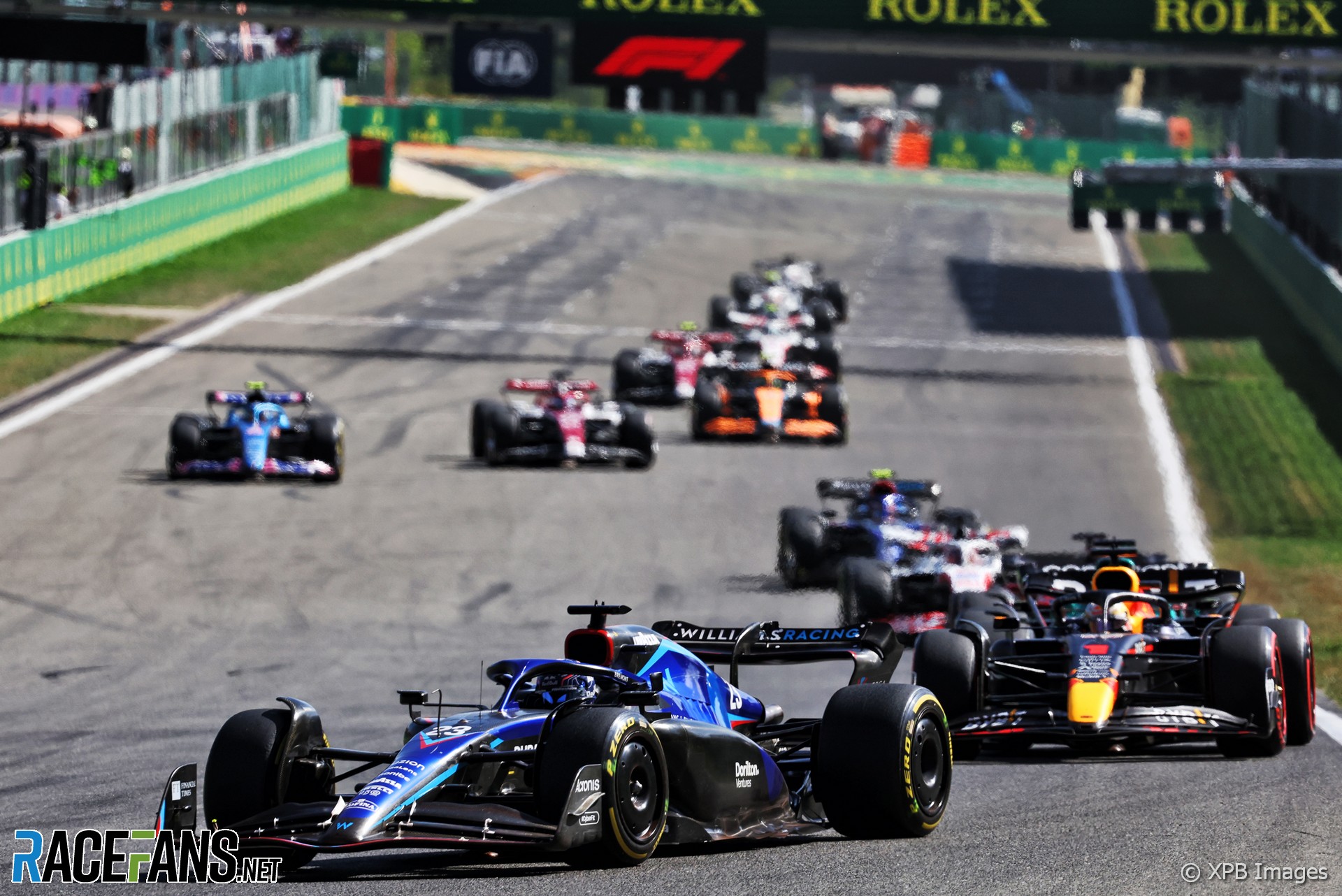 Williams believe their most competitive showing at the Belgian Grand Prix, where they achieved their third points score this year, was not just down to their car’s strength in a straight line.

The low-downforce set up requirements of Spa-Francorchamps seemed to suit Williams more than other teams. Alex Albon was able to reach the final segment of qualifying then convert sixth place on the grid into 10th place in the race.

Williams’ head of vehicle performance Dave Robson said the team did not expect to be as strong as they were at Spa, but expected to be more competitive than at the preceding Hungarian Grand Prix. However the positions in qualifying and the race for Albon masked a complex weekend from the engineering side.

“It’s actually been a bit more up-and-down than I think maybe it appears,” Robson explained. “We came out of practice one looking quite good on the timesheets, but conscious that the red flag meant that drivers didn’t necessarily get a good lap in.

“So we thought practice two might be a little bit more depressing. But actually it wasn’t, we looked alright and then made some changes overnight.

“Practice three didn’t look quite as good as we’d we’d hoped, we reconsidered some of those changes and changed a few things on the set up for qualifying. Then obviously then it really picked up. All weekend we’ve not been far off but still we still have this sort of underlying see-sawing, both genuine pace and and therefore emotion.”

Robson said the team was “never too far off” the car’s potential as they experimented with it during the weekend. “We were able to pick our way through it with reasonably good engineering and reasonable confidence. We knew what we were doing. We pushed things pretty hard overnight, now probably too far so we’ve come back a bit. Not too bad, but a bit more up and down than we would have liked, I think.”

Robson said the performance level Williams came to in the end was “not as simple as just the speed in the first sector” which includes the long, flat-out run from La Source to Les Combes. He suspects it was also due to “other people coming down to a downforce level that we’re maybe a bit more used to, and the interaction of that downforce level with the tyres.”

As with most other teams, Williams’ upgrade package for the Belgian Grand Prix focused on aerodynamic efficiency in low-downforce trim. As Robson put it: “We’ve just cut the back end off the rear wing.” It proved effective, and low wind speeds at Spa also meant a more consistently-behaving car for the drivers.

Although Robson said Williams was “probably a bit better under braking relative to the field” and “we’re actually quite good in turn one relative to the field as well”, his driver Nicholas Latifi said otherwise after being eliminated in Q1. However he also admitted he didn’t extract the potential pace of the car.

“I think there was way, way more potential. It was just unfortunately the last lap was the worst lap for me the whole weekend,” he said following qualifying. “It’s strange, I think just my side getting caught out by the unpredictability of the car.

“I started the lap in turn one completely getting like a handbrake feeling, and every single lap I’ve been locking up and understeering through there. I already started three tenths down on my previous, and again you expect one thing, and then it just did the complete opposite.”

“Just doing a clean lap, there was easily five tenths without really pushing crazy over the limit.”

Robson also revealed that, following the technical directive brought in by the FIA to address porpoising, the team initially encountered it on Albon’s car on Friday. “There were a couple of laps that exceeded the FIA’s limit,” he said.

That was resolved by Saturday, giving Williams confidence in the changes it made for and during the weekend. However Albon said there are no more upgrades coming for the FW44 in 2022 and the team will just “fine-tune” its package for the rest of the season.

One comment on “Williams: Points-scoring Belgian GP pace not just due to straight line speed”