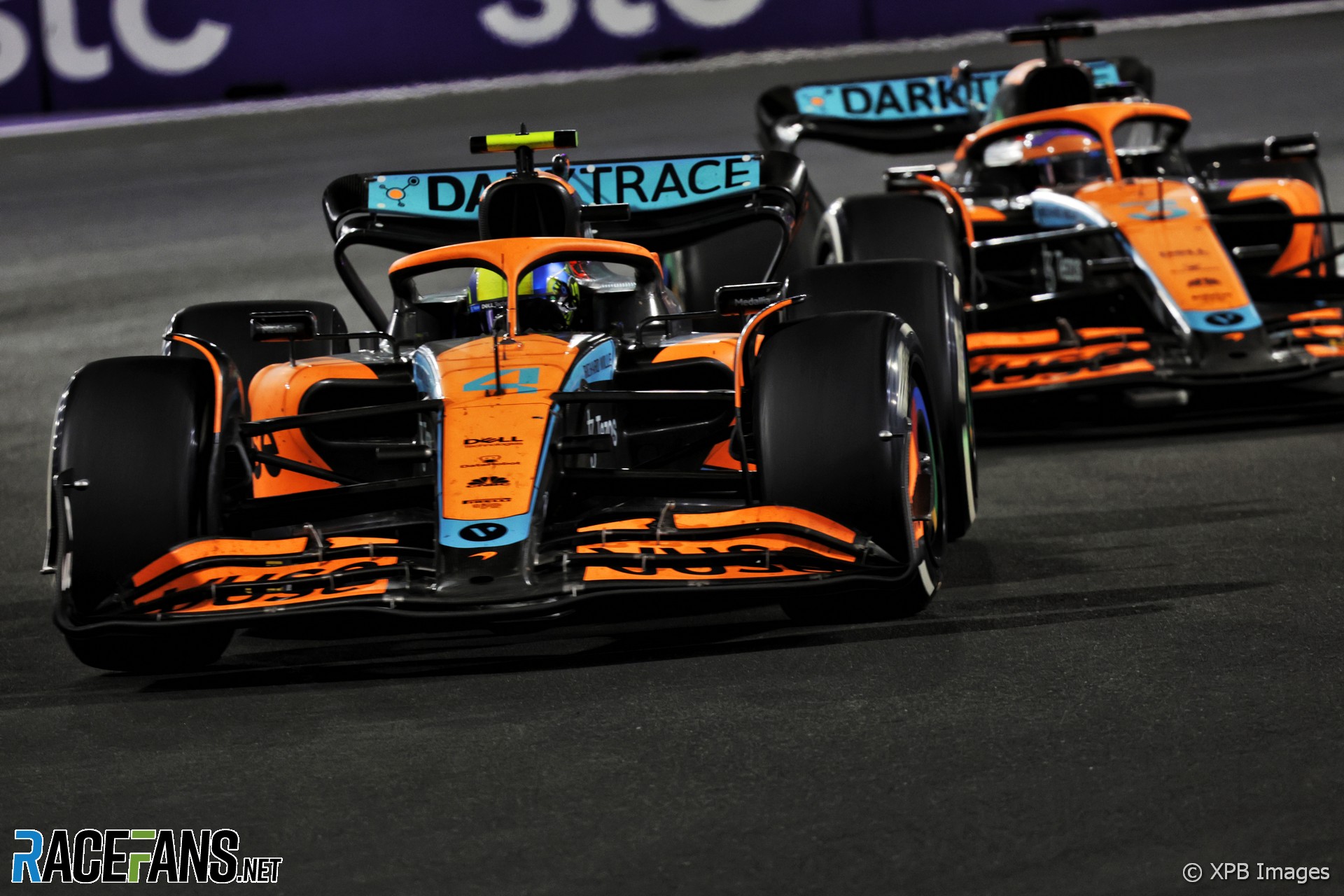 Before Daniel Ricciardo began the second year of his three-season deal to drive for McLaren, the team gave a clear sign its faith in his position as team leader was less than total.

Lando Norris, who had been the team’s leading scorer in 2021 by 160 points to Ricciardo’s 115, was signed to a new, extended deal less than 12 months since he inked his previous one. The implication was obvious, much as when Ricciardo learned his new Red Bull team mate Max Verstappen’s contract had been extended past the end of his, following which Ricciardo never signed another deal with the team who brought him into F1.

Norris’s new contract surely did not mean McLaren felt Ricciardo’s performance this year was a foregone conclusion. After all, he began his first season at the team with precious little testing in a car Norris already knew well. Now Ricciardo and McLaren were better acquainted, surely the MCL36 could be crafted to better suit his needs?

But it hasn’t worked out that way. Past the halfway point in the season, Ricciardo’s performance and results stack up no better alongside Norris’s.

True, Ricciardo missed a day-and-a-half’s pre-season testing in Bahrain due to Covid, but the effect that had on his preparations has to be weighed against the fact that test was so badly disrupted by McLaren’s brake system problems Norris was able to complete all three days without a substitute driver. And it’s not as if Ricciardo’s been poorly served by reliability, with just one retirement due to a technical failure so far this year.

At the season opener in Bahrain Ricciardo led Norris to the flag, but there was no cause for celebration as the pair took 14th and 15th. Fortunately for the team its form has improved since then; unfortunately for Ricciardo the same has not been true of his season.

Over the 13 race weekends so far, Ricciardo has only out-qualified his team mate twice. One of these occasions was in Canada, where Ricciardo was the quicker of the pair as they progressed from Q1, but Norris was unable to set a time in Q2 due to a power unit problem.

As Ricciardo almost invariably lines up behind his team mate, often with several of their key midfield rivals separating them, he is left to play catch-up on race day. Among the few occasions he came out ahead, in Baku, McLaren told their drivers to hold position for tactical reasons in the closing stages, having asked Ricciardo to maintain his place behind Norris earlier in the day.

The upshot is Ricciardo has tallied just four points-scoring finishes. Norris has been a far more regular visitor to the top 10 and at the summer break his score dwarfs his team mate’s: He has more than four times as many points as Ricciardo. That is an extraordinary margin, one which would be a cause for concern even if Norris was a seasoned veteran and Ricciardo a callow rookie.

Ricciardo has said on more than one occasion that his difficulties lie in not being able to feel the ultimate grip limit in the car, particularly as track conditions improve late in qualifying sessions. He has spoken of feeling slightly more comfortable in the car since the Monaco Grand Prix, but there hasn’t been much in the raw results to show that’s the case.

The sad truth is Ricciardo’s performance so far in 2022 hasn’t been the improvement which was desired by many and expected by probably even more. It has been worse, which is no doubt why the team is reportedly weighing up whether to show him the door a year early, even if doing so carries an eight-figure price tag.