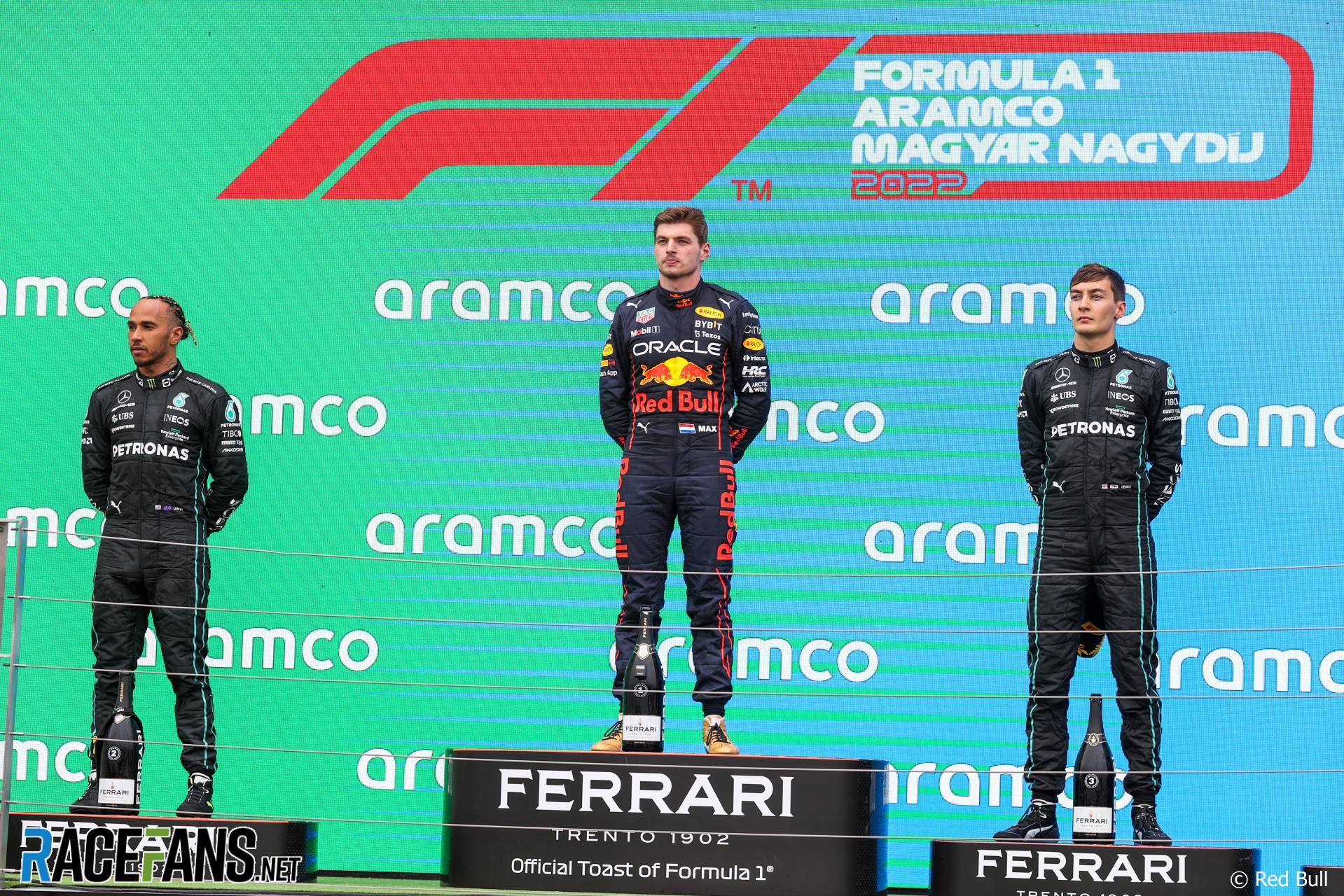 Mercedes should not think their double podium at the Hungarian Grand Prix indicates the level they will compete after after the summer break, their team principal Toto Wolff has said.

Following their difficult start to the season, the team has taken podium finishes in the last six races. Lewis Hamilton and George Russell finished second and third respectively in the most races in France and Hungary.

Russell claimed the team’s first pole position of the season at the Hungaroring while Hamilton’s charging end to the the race yielded its fastest lap. However Wolff pointed out the team began the weekend in much worse shape before the conditions changed.

“[Hungary] was a difficult weekend overall because the suffering of Friday was just big, we didn’t really know which direction to look at. Maybe getting it so wrong on Friday was helpful in getting it very right, almost completely right, on Sunday.”

Teams’ performances varied dramatically over the weekend which began with hot temperatures before cooling. Wolff said Mercedes “need to be careful that it’s not specific to Budapest that we just landed in the perfect window.

“Also because the other teams, Ferrari especially, complained about the tyre not being where it should have been. So in my personal opinion, we are still lacking to the front-runners, you’ve seen that Leclerc on the right tyre is still a dominant force, but at least we are in the same race.”

Wolff concedes Hamilton’s DRS problem in qualifying scuppered his victory chances as it left him seventh on the grid. “But ‘would’ doesn’t count in this sport,” he added.

“I don’t want to say now suddenly we are right back into the game and we can win races because I don’t think that’s the case. I think we landed it well in Budapest on Saturday and we [reaped] the results.

“But I don’t think we are close enough to Ferrari and Red Bull to really fight them as of yet.”

Mercedes’ current form is exceeding their predictions from pre-season testing, but for a world championship-winning team there is only limited satisfaction in such results, says Wolff.

“I would have had rather more wins and less podiums. We are humble, but we are striving for race victories rather than second and thirds. But if they are on merit like today, then it’s a good step forward.”