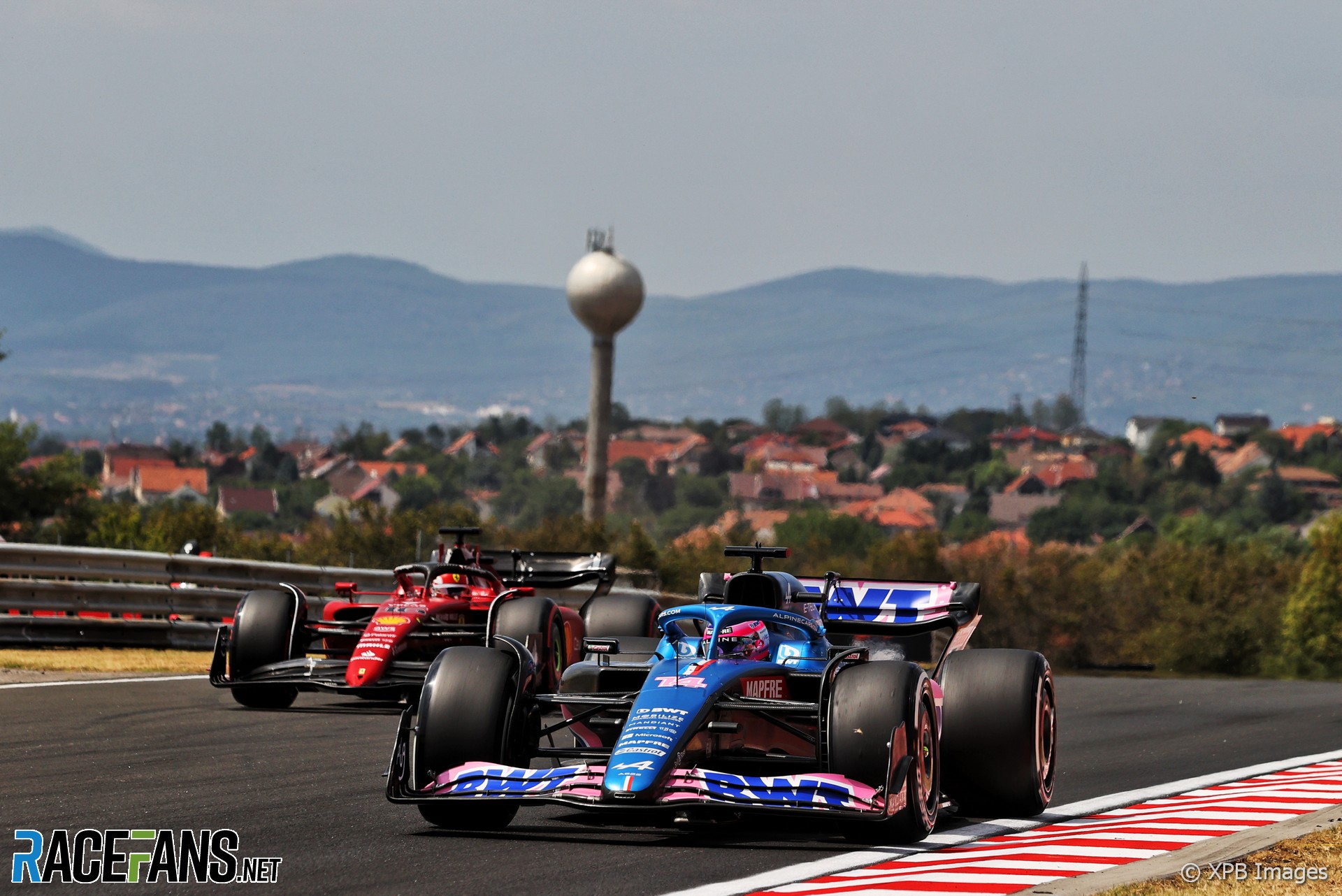 Alpine are hoping a technical directive on skid blocks which will come into force at the next race plays in their favour.

The new restrictions, which will be applied from the Belgian Grand Prix, have been introduced following claims from some teams that their rivals have been able to gain performance by using skid blocks which do not perform in the way the rule makers envisioned.

Alpine team principal Otmar Szafnauer doesn’t believe the new directive will be entirely successful, but remains hopeful it will bring his team closer to their rivals.

“It’s hard to know because you can still kind of get around it a little bit,” he said. “But we don’t do it for sure so it won’t prejudice us at all.

“It won’t put us in any worse position. So if they’re worse off and we stay the same then relatively, hopefully, we’ll be a bit better off.”

The FIA intends to introduce further new restrictions on teams’ floors in 2023 to alleviate the problems of porpoising and bottoming some drivers have raised concerns about. However Szafnauer believes teams’ development will eliminate the problem without any interference by the rule makers.

“For us, I think the best thing to do is nothing,” he said. “At the beginning of the year, we had a lot of porpoising. If you remember the first test, almost everybody was bouncing around.

“By now if you look at a whole race, do you see any porpoising anymore? Not anymore. So I think teams will naturally get to a position where the cars don’t porpoise. You get the best out of the car, the drivers are okay.”

Changing the rules creates a “risk” of worsening the problem, says Szafnauer. “We’re in the middle of the season, by the end of this year you won’t hear ‘porpoising’ at all. So just leave it as it is.”