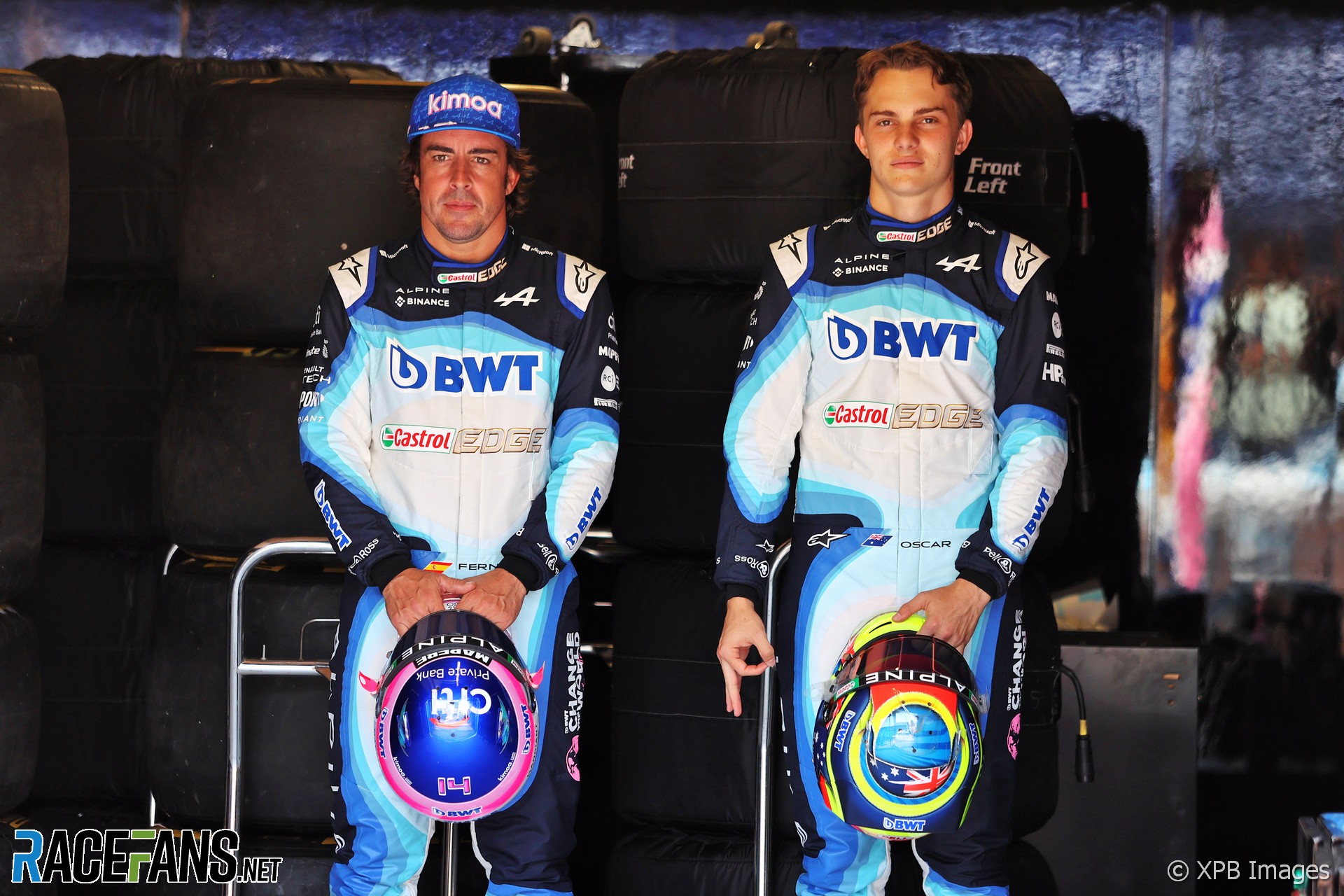 When Otmar Szafnauer was asked in Montreal whether the team’s Formula 1-ready junior driver – 21-year-old Australian Oscar Piastri – would graduate to the series next year, the Alpine team principal answered with a single word: “Yes.”

From European Formula Renault champion in 2019 to FIA Formula 3 champion in his rookie season in 2020 before taking the Formula 2 crown at his first attempt last season, Piastri could not have made a case for a race drive in Formula 1. However there was simply no room for the Alpine junior driver in the team’s ranks for 2022.

Having Fernando Alonso and Esteban Ocon already contracted and both performing to a decent level not only meant Piastri would fail to get a look in for 2022, it was difficult to see a route to a race seat in Alpine blue for the rookie in the medium-term. With Alonso showing no intention of stopping and continuing to demonstrate his remarkable racing prowess on Sundays, surely a contract extension into next season and beyond was an inevitability?

So it seemed until the morning after the Hungarian Grand Prix. Aston Martin’s out-of-the-blue announcement that they had secured the double world champion’s services from 2023 and beyond was stunning not just for the prospect of Alonso in British Racing Green but the implications his departure from Enstone will have.

Suddenly, the vacancy that was at Aston Martin has now shifted to Alpine. The team has said it will “announce its driver line-up for the 2023 Formula 1 season in due course”. The question now becomes who will race alongside Ocon next year?

The most obvious solution would be for Alpine to promote their junior into an overdue spot on the grid. Especially given how proactive Alpine have been about keeping their prospect primed and ready to step into a race seat whenever needed during his year away from racing.

Like McLaren and Ferrari, Alpine have made use of the Testing With Previous Cars (TPC) protocols outlined in the sporting regulations to give Piastri and fellow junior Jack Doohan runs out in last year’s A521. Multi-day tests in the 2021 car at Losail International Circuit, Silverstone and the Red Bull Ring in Austria are the best possible way for Alpine to keep him ripe and ready to take over a race seat without having lost any momentum from his Formula 2 championship triumph.

“Oscar’s a bright young talent coming through, as we all know,” Szafnauer explained in Montreal. “He’s been testing last year’s car, at more than just Silverstone, he’s done a few others and we’ll do some more in the future. He’s doing very well.”

Asked before Alonso’s decision to leave the team about how talks over Piastri’s future with the team had been going, Szafnauer said Alpine were willing to take their time to find the right opportunity for him and for the team.

“We’re contracted with Oscar and we have some options on him. There’s no real need to hurry that, so we’ll take our time and at the right moment, within the silly season, we’ll have a look around and make those types of decisions.”

But there are other possible destinations for Piastri which Alpine have been actively pursuing. These do not necessarily have to close due to Alonso’s departure, particularly if the team wants to blood its rookie in elsewhere before promoting him to their team, as their rivals did with drivers like Max Verstappen, Charles Leclerc and George Russell.

With no junior team and no other manufacturers running the same power unit, Renault-owned Alpine have resorted to some unusual lengths to court other teams as potential options. After Daniel Ricciardo tested positive for Covid ahead of the opening race of the season in Bahrain – forcing him to miss the final pre-season test – Alpine made the grand gesture of offering Piastri to McLaren as a potential reserve option should either of their race drivers be sidelined during the season.

Such a generous offer was transparently self-interested, but it also suggested how Alpine were more than open to the idea of sending their prospect off for an internship with a rival team if such an opportunity presented itself. McLaren was no coincidence either, with Ricciardo’s 2021 struggles appearing to largely remain into his second season with the team leading to rumours that Piastri’s manager, former F1 race winner Mark Webber, was trying to shop his client as a potential replacement.

Despite the understanding between Alpine and McLaren, the Woking-based team seems an unlikely landing spot for the Australian, given McLaren’s extensive investment in its own TPC programme and what feels like half of the current IndyCar roster potentially being groomed for a future shot in Formula 1.

The more plausible alternative for Alpine is found at Williams. With Alexander Albon having established himself quickly at the team, Nicholas Latifi’s chances of being extended into a fourth season seem increasingly slim. Williams’ own junior driver programme features Formula 2 driver Logan Sargeant on its books, but the American lacks superlicence points at present.

Who better for a team like Williams to put in their second seat alongside an established leader like Albon than one of the most promising F2 champions of recent times? Alpine CEO Laurent Rossi openly admitted the team would be willing to send him on an internship with a rival team.

“I’d be open to loan Oscar out to a team as long as I get him back,” Rossi said in June. “We’ve invested heavily in Oscar, we believe in him and that’s why he’s our reserve driver. He’s a very promising talent.

“We would love to fulfil this talent in the team. So a loan, like many other drivers, starting in another team, to learn the tricks and then coming back to us will be a good scenario.”

Would Williams be willing to take on another team’s driver, knowing they would effectively be sharpening him up for an eventual return to his own team? Absolutely, says Williams CEO Jost Capito.

“I think if that was the best for us, then we would consider that,” Capito said. “If it’s not the best, if we have another, better solution, we will go for the better solution.

“We’ve got various options. And that’s the options we are thinking about as well. And we will finally go for what we believe is the best for the team. But it’s too early to get into details, because we’re not there yet.”

Assuming Piastri’s future is not revealed with an announcement over the August break, then speculation over his future will only intensify once the sport reconvenes in Spa-Francorchamps to begin the final leg of the championship. With Alpine yet to satisfy either of their obligations to run inexperienced drivers in two Friday practice sessions this season, sporting director Alan Permane says the 21-year-old will not have much longer to wait to get his first outing in a grand prix session.

“It’s not a huge issue to find a weekend, there are plenty, and I think we’ll see Oscar in our car either in Spa or Monza for the first time,” Permane revealed in Hungary.

Whichever team it ultimately ends up being with, Oscar Piastri’s Formula 1 debut is now surely an inevitability. Today, Alonso may have just handed Alpine the simplest solution to their young driver dilemma.

25 comments on “Piastri’s F1 promotion in 2023 seems assured, but not necessarily at Alpine”