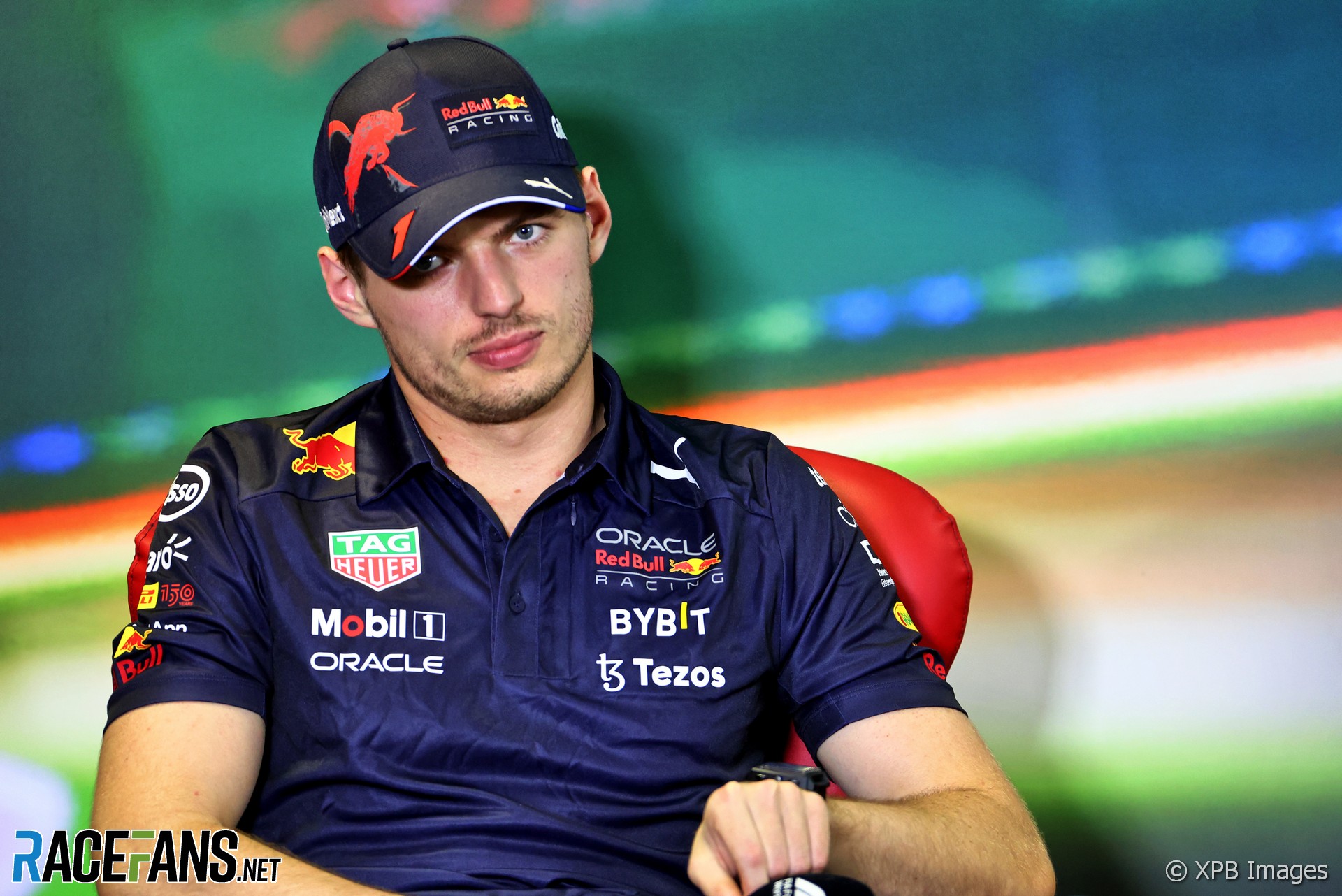 Max Verstappen expects tougher competition from Red Bull’s rivals Ferrari this weekend due to the layout of the Hungaroring.

The track features little in the way of the long straights which play to the Red Bull’s strengths, and several medium and high-speed corners.

“I personally think it’s going to be a little bit harder for us,” said Verstappen ahead of practice. “Just purely one-lap performance, especially.

“I don’t expect it to be terrible but I do think that Ferrari is going to be super-strong here, like, of course, they have been the whole year. But I do think that this is a track where they might be, let’s say, very strong.”

Forecasts of rain during tomorrow’s qualifying session could further complicate the picture, said Verstappen. “I don’t know what’s going to happen, how much rain is falling, but all these things can come into play and can do many things to the result.”

Verstappen’s lead over championship rival Charles Leclerc is up to 63 points after the Ferrari driver crashed out of the lead of the last race in France. Therefore Verstappen will take the lead into the summer break regardless of this weekend’s result.

However he won’t be taking his advantage for granted with 10 races left. “I don’t really care about the points gap because for me, it’s all about trying to be perfect every single weekend,” he said. “It’s not something that once you have that gap that you start to relax or something. I mean, I still want to win more races. And that’s what we’ll try to do as a team.”

Ferrari’s Carlos Sainz Jnr says the team expects to be competitive at every track this year but admitted they need to stop missing chances to score points. He retired from second place two races ago in Austria due to a power unit failure.

“We all strive for clean weekends, it’s just that in Formula 1, they are more difficult to get than what people think,” he said. “Yes, we have a very competitive car. It’s true that we have some weaknesses to address with reliability, and everything. But it’s still a long year ahead.

“We have something like nine, 10 races and I think if there’s anything I’ve seen this year, it’s that anything can happen in every race.

“It’s been such an up-and-down year for everyone. Even if the top four seems to be consistent, then the outcome of the weekend is not always as you expect. There’s still a lot to play for and a lot to go for.”