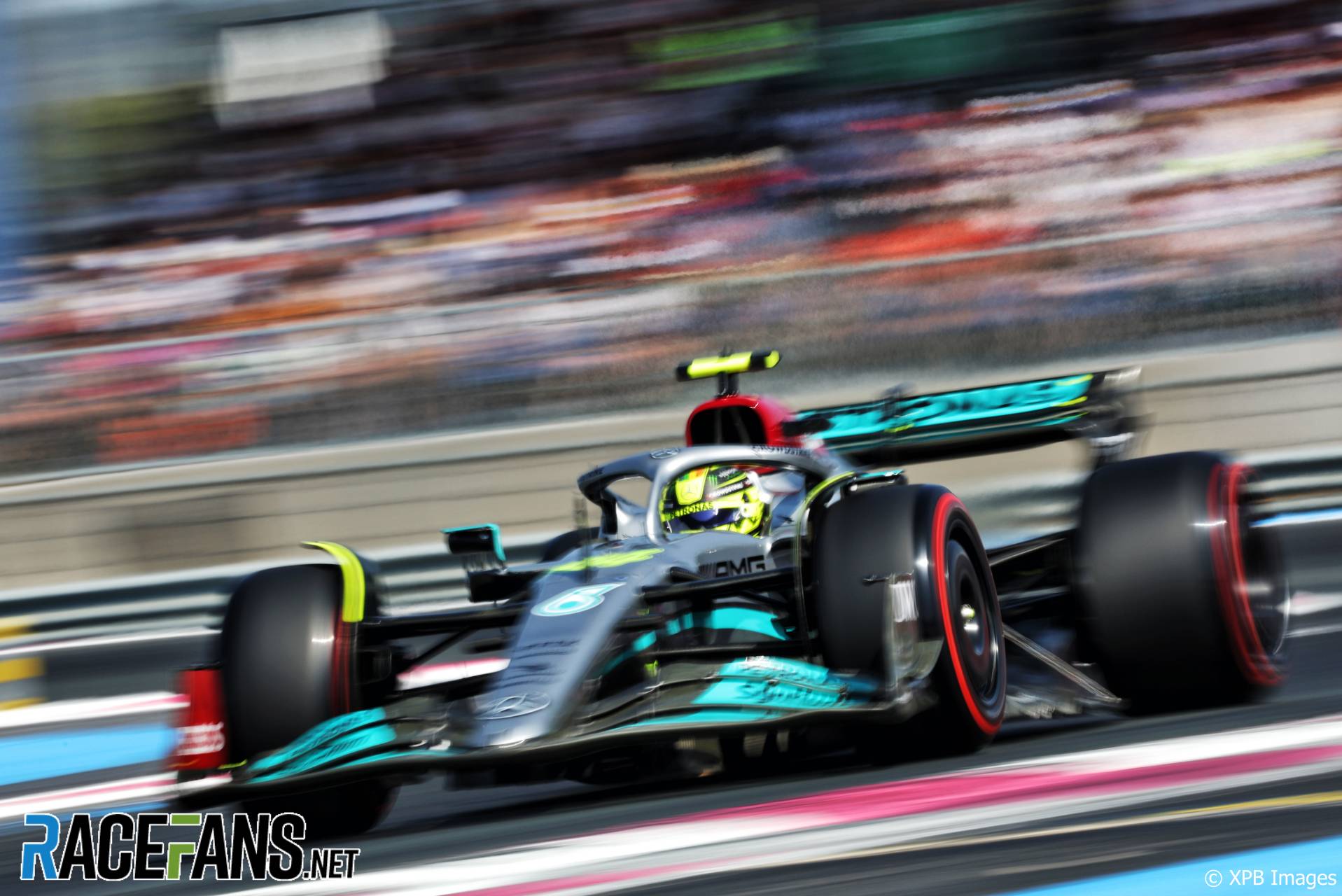 Lewis Hamilton admitted Mercedes are much further away from the pace of their main rivals than he expected at the French Grand Prix.

“I came here this weekend hoping that we’re going to be within three-tenths off them and we’re a second [off],” he said in response to a question from RaceFans after qualifying today.

Mercedes thought the combination of quick corners, a smooth track surface and high temperatures at Paul Ricard would play into their hands. Hamilton admitted he was hoping this weekend would be a springboard to a more competitive showing at the Hungaroring next week.

“With the three-tenths, then I was hoping that the next race we can close that couple of tenths and we’d be in the fight in Budapest. But if it’s anything like this, then we it’s going to be a while. But it’s possible.”

Hamilton took fourth on the grid, just under nine-tenths of a second behind pole-winner Charles Leclerc, and two-tenths ahead of his team mate George Russell. Hamilton said his lap “felt really good” but was too far from the pace.

“I was really happy with my lap at the end, it was a beautiful lap, it was just a second off. So for whatever reason, we seem to be a lot further off this weekend.

“But then the whole pack is really. The two top teams are just in their own league, really.”

Having sat out the first practice session, when Nyck de Vries drove his car, Hamilton said he was pleased to have made up for lost running.

“Considering I missed P1, which definitely does put you on the back foot, I’m really happy with the progress that I made,” he said. “Everyone back at the factory is working really hard with us to make progress. I came into today and I think we took a step back today but into qualifying I managed to turn it around.”

The superior straight-lined speed of Mercedes’ rivals accounts for much of the difference between them, said Hamilton. “In the last lap, the first sector was just as quick as the guys ahead. And then it’s all down the straights, we lose a lot down the straights.

“I don’t know what time it is, but it’s at least half a second probably just on the straights. Then all through that high-speed section, the last few corners, they’re pulling chunks off us. It’s like they have less drag and more downforce in all the corners.”

“The last sector was like six, seven tenths or something,” he added. “It’s just crazy. A lot of it’s just full-throttle.

“So some of it’s just that drag but for some reason they’re able to go much quicker through the high-speed corners than us. I don’t understand it. But we’ll just keep working away.”

Hamilton experimented with running a steeper rear wing during practice, but swapped it for a more conventional example.

“I ran a big wing this morning just to see if that was better and it was so slow on the straight so we had to come back with it,” he said. “I am still experimenting with the car.

“Generally George has been with the same car all week, since P1 he hasn’t changed hardly anything. But I like to experiment so I tried the smallest thing at the beginning of the weekend and I tried the biggest wing and set-ups going all over. At least I got the qualifying set-up good.”

38 comments on “Hamilton: ‘I hoped we’d be three-tenths off them and it’s a second’”