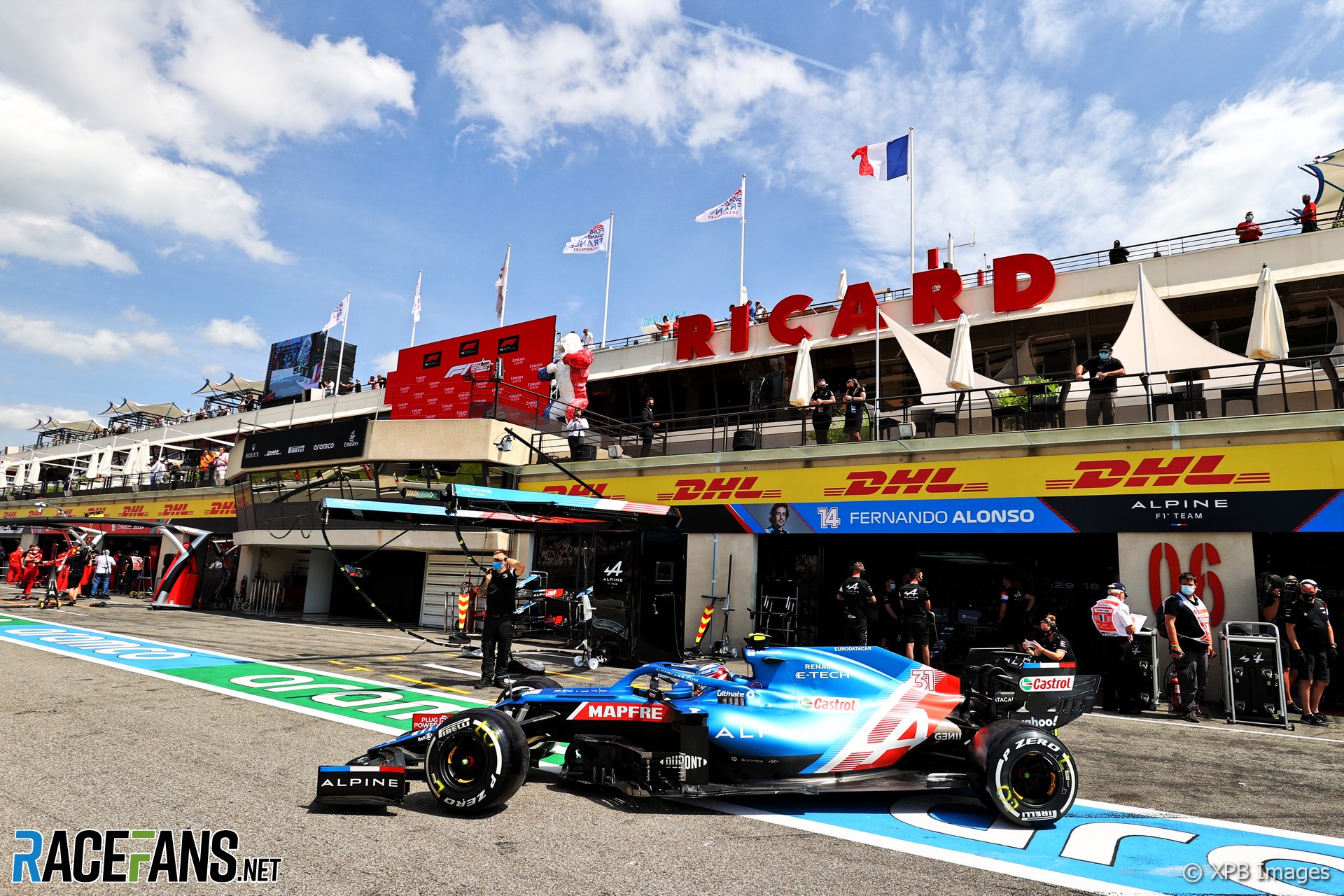 However Esteban Ocon is hopeful the French Grand Prix might be saved by a plan under which some European circuits would pair up and share calendar slots. The French round could therefore continue to appear on the calendar every two years.

Next month’s race at Paul Ricard is the venue’s last in its current deal. Ocon says he’s “following the conversations” around whether F1 will return to the track in the future.

The situation “doesn’t look too nice,” Ocon admitted. “It is disappointing.

“I’ve been living in my young career where the grand prix was not there, then it came back, I’ve been very lucky and very fortunate to race there. We have it this year and we are going to enjoy it to the fullest, that’s clear.”

He said the possibility of calendar slots rotating between different venues could be “good news” for the French Grand Prix and other long-running European rounds.

Fellow French driver Pierre Gasly said the potential absence of their home race from the 2023 F1 calendar was “a big concern” for him.

“I’m involved in the talks, I know what’s the current situation and obviously I’ll do anything which is in my hands and my power to support them,” he said.

“At the end of the day I’m not the one putting the money on the table. It’s always related to political and financial reasons.

“It will be clearly sad not to have a home race in the next years but I’m quite confident they’re going to find an agreement.”