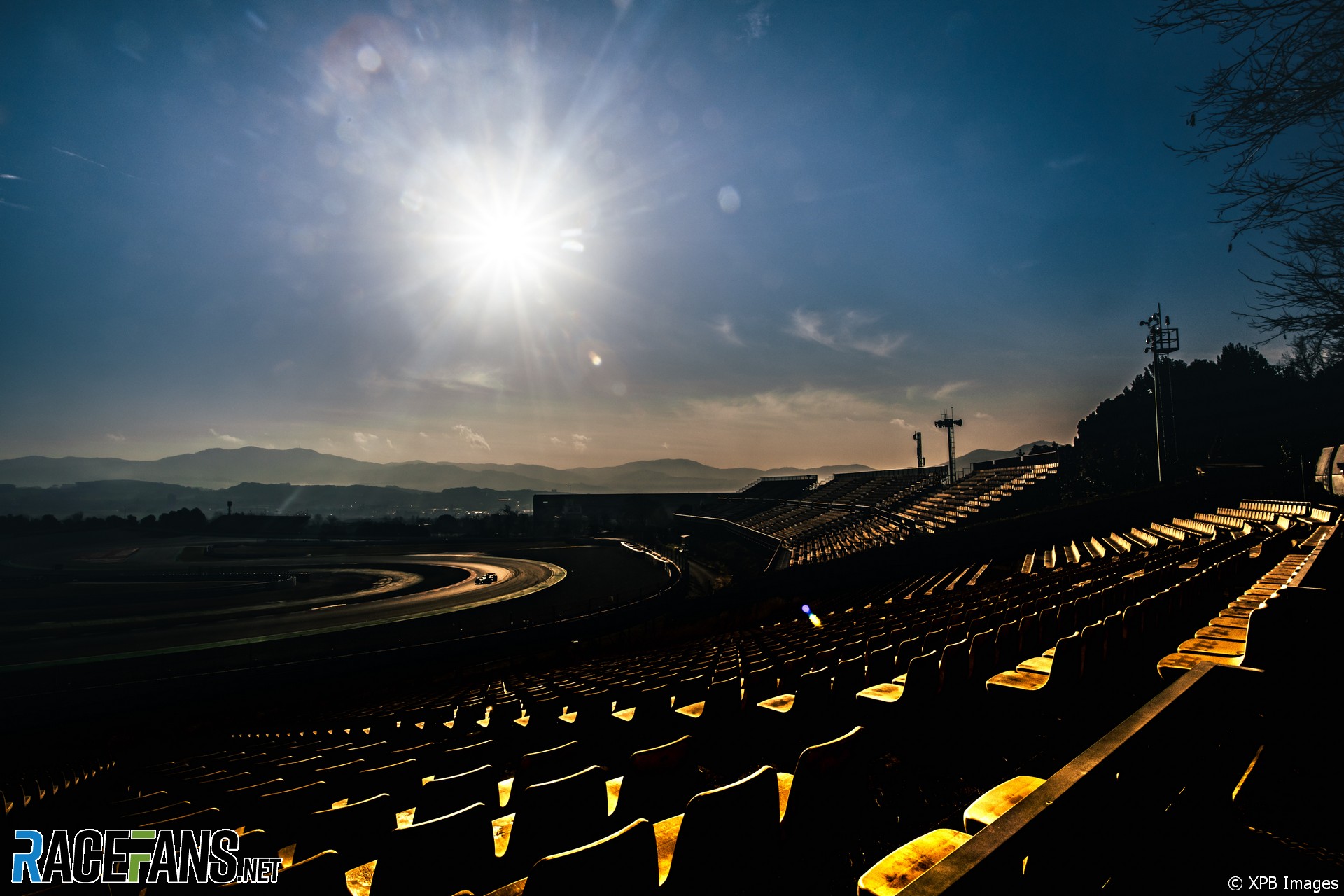 The Spanish Grand Prix will be the second successive hot race weekend for Formula 1’s drivers to contend with after the Miami Grand Prix.

Temperatures are expected to match those that challenged the drivers around Florida last time out, which Haas driver Kevin Magnussen later described as the “hardest race I’ve ever done” due to the “unbelievable” heat.

There is less than a two percent chance of rain forecast across each of the three days of running this weekend. Air temperatures are likely to get hotter – albeit only slightly – as the days progress.

A cloudier start to the weekend on Friday should see a top of around 28C for the afternoon’s first practice session. Then, clearer skies are expected for the following two days, with temperatures likely to reach as high as 30C.

This makes this year’s Spanish Grand Prix one of the hotter races in Barcelona in recent memory, significantly warmer than both 2021 and 2019. The heat reached a similar level at the 2020 Spanish Grand Prix, in large part due to the race taking place in August after a lengthy postponement due to lockdown measures imposed during the onset of Covid.

The hot ambient temperatures will make track temperatures far warmer than teams experienced during February’s three-day test, meaning tyre data gained through the test will not be directly applicable to this weekend’s race. Expect the asphalt to hit around 50C, short of the peaks seen in Miami.

Pirelli have brought their hardest available combination of compounds – from C1 hards down to C3 softs – to the Catalunya circuit this weekend. Its motorsport director, Mario Isola, says that the warmer conditions could push teams towards more running on the durable C1. “There will probably be a lot more running on the hard tyre than there was in testing,” Isola said, “which will perhaps be the key to the race.”

Beyond the physical test for the drivers, the warm conditions could put teams’ reliability under the spotlight. The only technical retirement in Miami was Zhou Guanyu’s Alfa Romeo, but some teams encountered problems during practice, notably Red Bull.

For more updates on the track conditions during each session keep an eye on RaceFans Live and the RaceFans Twitter account.