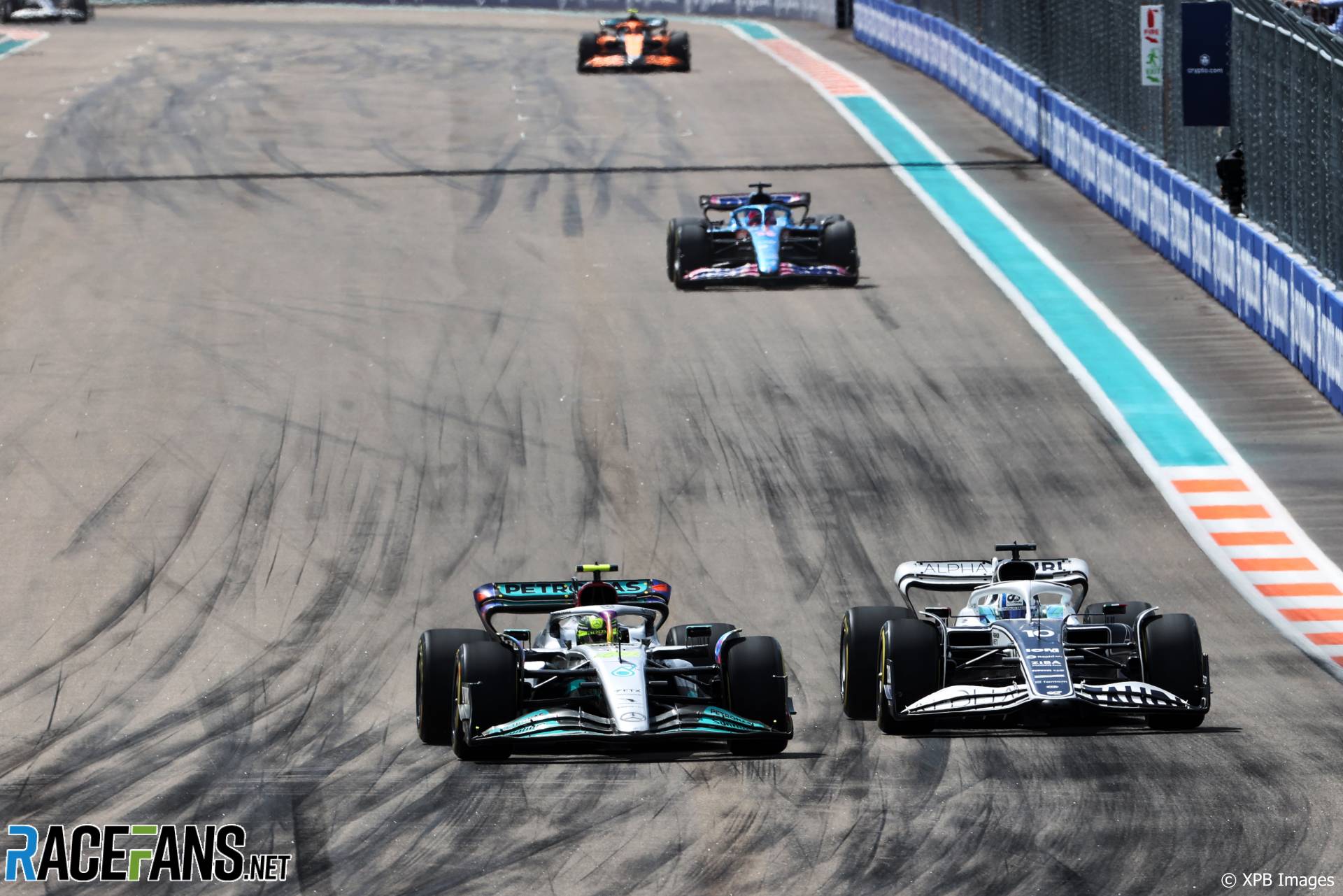 The controversial conclusion to the 2021 world championship triggered sweeping changes in how Formula 1 is officiated.

But former race director Michael Masi’s handling of the now notorious last-lap restart which decided the world championship was not the only time the application of F1’s rules was called into question.

Track limits were a persistent bone of contention. So were perceived inconsistencies in decisions regarding on-track incidents, particularly the issue of drivers forcing rivals wide in Austria (Lando Norris and Sergio Perez) and Brazil (Max Verstappen and Lewis Hamilton). And more besides.

The FIA did not make a like-for-like replacement when Masi was moved aside. Two people were appointed to share the role, the first of which, DTM race director Niels Wittich, oversaw all of the first five rounds. World Endurance Championship race director Eduardo Freitas is due to step in for the first time at this weekend’s Spanish Grand Prix.

Wittich wasted no time making his presence felt. Drivers were given new guidance on what is and is not considered a legitimate overtaking move – an area which had been regularly disputed during 2021, where clarity is obviously vital.

The rules on track limits were also tightened up. Where Masi allowed case-by-case exceptions to track limits rules at certain corners, at the first race of the season Wittich made it clear those days were over: “In accordance with the provisions of Article 33.3, the white lines define the track edges,” his first set of notes to drivers stated.

Following their first meeting with Wittich, drivers were appreciative of his approach, the revised guidance on track limits and – in Daniel Ricciardo’s case – his “nice hair”.

“I thought it was a good meeting,” Ricciardo added, more seriously. “It was just honest, straight to the point. Like the track limits, it’s there, it’s a black-and-white line. I feel like there was a good impression left in the room and it was a good, open discussion with everyone.”

One regular area of dispute in recent seasons has been when drivers who go off-track are required to relinquish positions to rivals. Under Wittich the practice of race control telling drivers when to move aside has not ended, contrary to prior reports, as shown when George Russell was instructed to let his team mate past in Miami.

This was at the heart of another of last year’s biggest controversies, when Verstappen was told to let Hamilton pass him in Saudi Arabia, but attempted to do so while also staying close enough to benefit from his rival’s DRS. Hamilton, alert to Verstappen’s ploy, held back from passing him before the DRS activation line, after which the Red Bull driver slowed even more sharply and was hit by the Mercedes.

Drivers can now expect they will be watched more closely to ensure they adequately surrender any advantage gained, as Kevin Magnussen remarked when F1 returned to Saudi Arabia earlier this year. “They are expecting more from the drivers in terms of giving back the position if you’ve gained an advantage,” he said.

Fernando Alonso ran afoul of this in Miami. While running at the front of a tightly-packed queue of drivers, all besides him able to use DRS due to the proximity of those they were following, Alonso cut across the track at turn 15. Although he slowed to give up some of the advantage, he had still gained enough by the DRS line to prevent Mick Schumacher behind him from being able to open his rear wing.

The stewards duly penalised Alonso. Whether or not he intentionally left the track to deny Schumacher DRS, it’s clear race control realised he had gained more than just lap time by going off.

Besides being dissatisfied with the penalty and the lost points, Alpine were also unhappy they were not allowed to put their case forward before the decision was made. However this is not unprecedented: In-race decisions are often made without the teams being consulted. Alonso had already been penalised earlier in the race for a collision with Pierre Gasly.

Teams are always likely to complain about individual decisions which go against them. Others have been broadly positive about the first five races under F1’s new race control team.

A minor controversy arose in Australia where a new DRS zone was removed shortly before final practice began. Some teams claimed this put them at a disadvantage.

“The frustrating bit was that we were notified quite late about the whole difference,” said Aston Martin team principal Mike Krack. “There is a big implication of this because as soon as you remove the DRS zone there we were concerned that we would run into more oscillation issues.

“You could see it also with other cars. I think the interesting bit was there was nobody running in the first 15 minutes of free practice three. So there was a lot of people who had a bit of work to do.”

However he was reluctant to criticise Wittich for the change. “It would be too easy to blame it on the race director,” said Krack. “If nine teams can handle it, then we should be able to handle it as well. So yes, it’s a new race director, but this cannot serve as an excuse.”

Few wish to dwell on the rancorous end to last year’s world championship. But McLaren team principal Andreas Seidl is another who likes what he has seen so far of the new regime.

“I don’t want to compare to the past because from our point of view, we have been very happy with the exchange, and with the working relationship we had also with the previous set-ups the FIA had in terms of race direction or the stewards.

“At the same time he’s always available for a dialogue and for constructive input as well, if you think things need to be reconsidered. And from this point of view, and I know how these first races went, I think we’re in a good place.”

However F1’s new race direction team is yet to face its biggest tests. A world championship fight which goes down to the final races will no doubt subject it to much greater pressures than it has contended with so far.

Furthermore a key question remains whether the consistency of policing can be sustained when there is a different director in the seat from race to race. We should get our first insight into that this weekend.

Become an RaceFans Supporter today and browse the site ad-free. Sign up or find out more via the links below:

20 comments on ““A very good start”: How F1’s new race director has tightened up its racing rules”