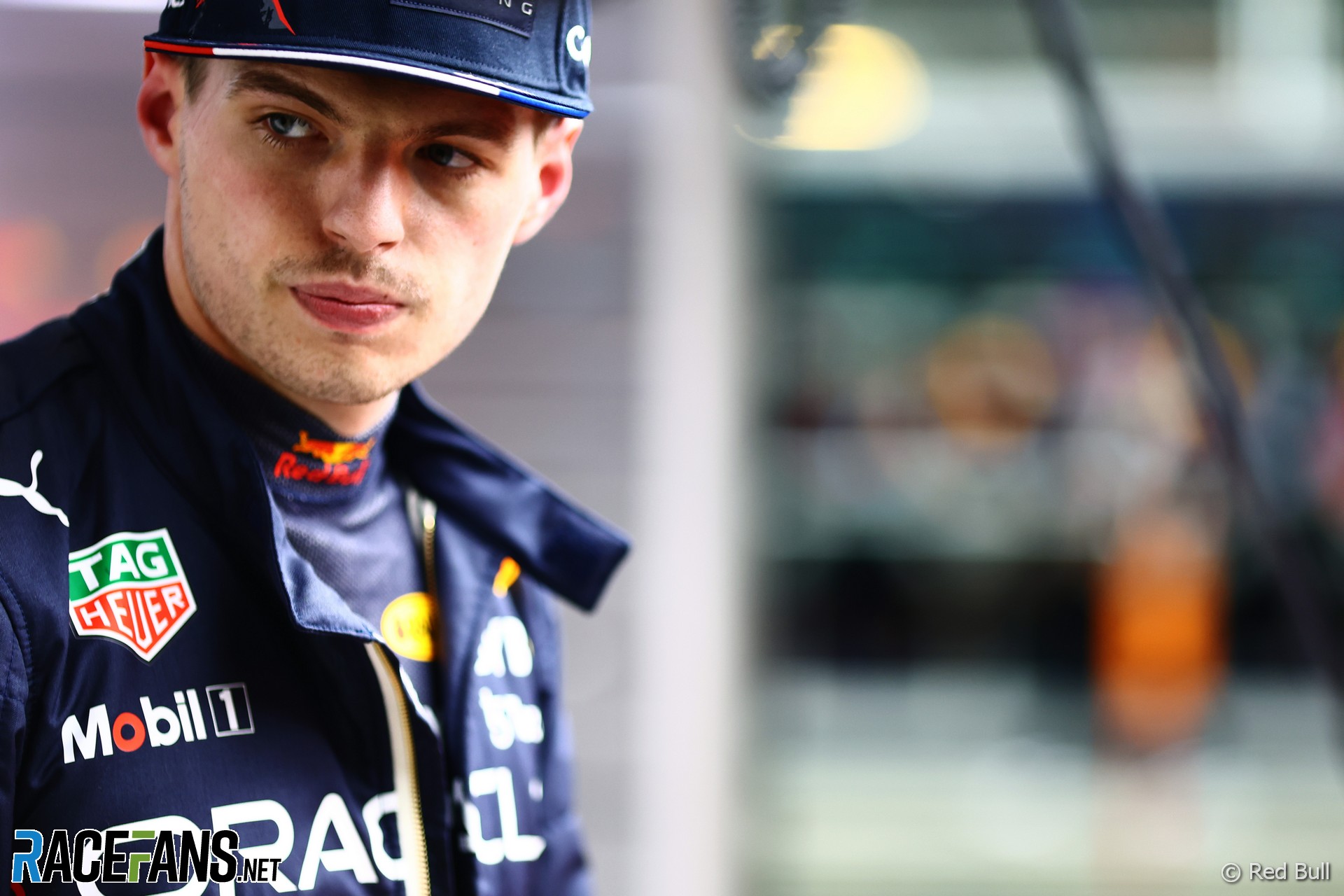 Max Verstappen says he does not understand why a brand new set of soft tyres in Q3 did not offer the level of grip he expected in qualifying.

The world champion put on a new set of soft tyres for his first run in the final section of qualifying. However his first flying lap was over eight tenths of a second slower than Carlos Sainz Jnr’s provisional pole time and almost seven tenths off team mate Sergio Perez.

After his first hot lap of the session, Verstappen complained about an overall lack of tyre grip to his race engineer, Gianpiero Lambiase, over team radio.

Eventually, Verstappen’s second effort saw him greatly improve his time, but he was only able to secure fourth on the grid, a quarter of a second behind his team mate’s pole time.

Verstappen described his lack of pace during his first run in Q3 as ‘something very weird’.

“Q1 and Q2 was very good,” he said. “Even after that long red flag, I went out on that old set and was looking really good. So I was very comfortable going into Q3.

“But I put that first tyre set on and I had no grip – it felt like I was driving on a different tyre. Every corner I was just losing one or two tenths while doing the same preparation and everything. It felt like it was actually just getting slower. So that’s something which is very weird.

The Red Bull driver questioned if the long delay to the session caused by Mick Schumacher’s accident had affected the track conditions once qualifying resumed. “Everything cools down,” he said. “Ambient, track [temperature], so there’s a big track progression.”

Despite being unable to get the best out of qualifying, Verstappen says Perez’s pole shows that Red Bull have “potential” for the race.

“It’s not the end of the world because we see the potential in the car with Checo in first,” he said. “So I’m happy for him and he deserves it.

“I think we look good, we have good top speed as well, and I hope, of course, we can use that.”