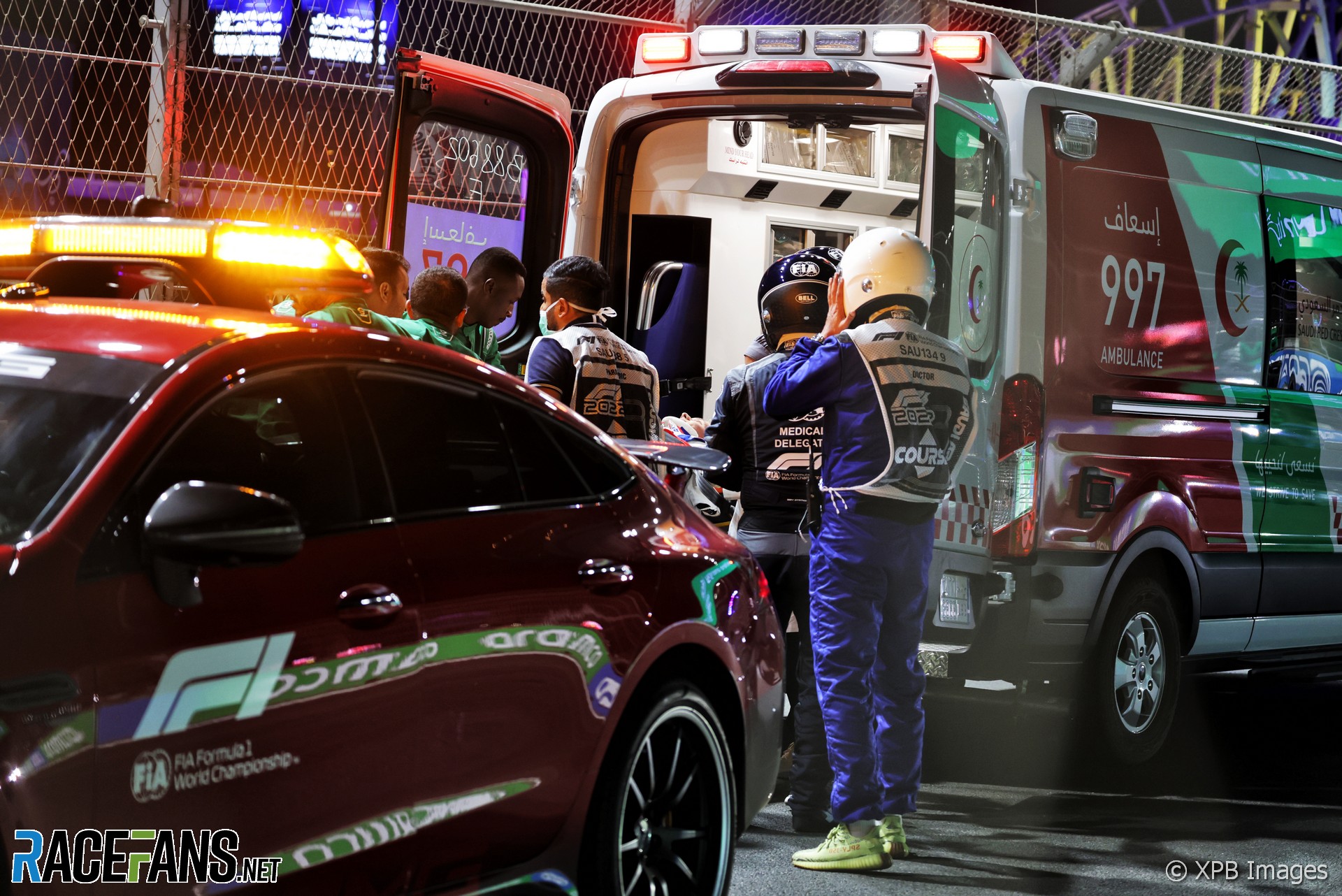 The Haas driver was unharmed but will take no further part in the weekend after his high-speed shunt at turn 10 on Saturday.

Charles Leclerc, who will start today’s race from second on the grid, said he enjoys the challenge of the circuit but Schumacher’s crash showed there was room for improvement.

“It is a very challenging place, it is one of the reasons why I like this track. But I still believe that there are things that we can do to improve some places.

“The first sector is obviously extremely high speed and it can be quite – well, very – tricky in some places, as we’ve seen with Mick. So maybe there are few things that we can change for the future.

“It is a very challenging track and I can’t hide also the excitement that I have driving on this track, especially on a qualifying lap. It feels amazing. But safety comes first and maybe we can do something more there.”

His team mate Carlos Sainz Jnr admitted he was “also a bit in two minds now” about the risks posed by the circuit. Jeddah is the second-fastest track on the F1 calendar but the temporary circuit has minimal run-off and barriers that are close to the track in places.

“I love the adrenaline rush that a qualifying lap gives you around here. But at the same time, you know that here, if you crash, it probably hurts a bit more than in any other place in the calendar because the walls are closer and the speed is higher.”

The new F1 cars introduced this year have significantly stronger crash structures. However Sainz says he is unsure whether that justifies the risks posed by Jeddah’s track.

“Probably we as drivers, we are very confident around here. Just because we know that the safety of the cockpit nowadays is very high. When you see an accident like Mick’s gives us a bit the tranquillity that even at those speeds, the car is protecting you because the FIA has done a great job in giving us very safe cockpits.

“But at the same time, is it really worth it? Having that huge accident when you can maybe hopefully push the walls a bit more further out and gives us a bit more space to slow down the car if we lose it like Mick lost it today. It’s a discussion that we need to have because it’s probably a bit on the limit. It’s exciting for Formula 1, it’s exciting for us, but it’s also on the limit.”

Pole-winner Sergio Perez described Jeddah as “definitely the most dangerous place in the calendar.” While Lando Norris has called for immediate changes at the corner where Schumacher crashed, Perez says there are other points on the circuit which need attention.

“There’s no secret about it, it’s a circuit that really demands a lot from the drivers, from the cars, from the teams. If you get it wrong, it can be a huge accident.

“I don’t know if there’s something we can do into [turns] 22 and 23, because those are really high-speed sections.”

Schumacher is one of two drivers whose participation in the weekend was ended by a crash. Formula 2 driver Cem Bolukbasi suffered a concussion in a crash at turn 10 on Friday.

The race promoters said the FIA and F1 has requested up to 15 modifications to the track following its first race three months ago. Due to the limited time between its first and second races, not all of those changes were made. Drivers described the alterations made for this year’s race as “tiny”.