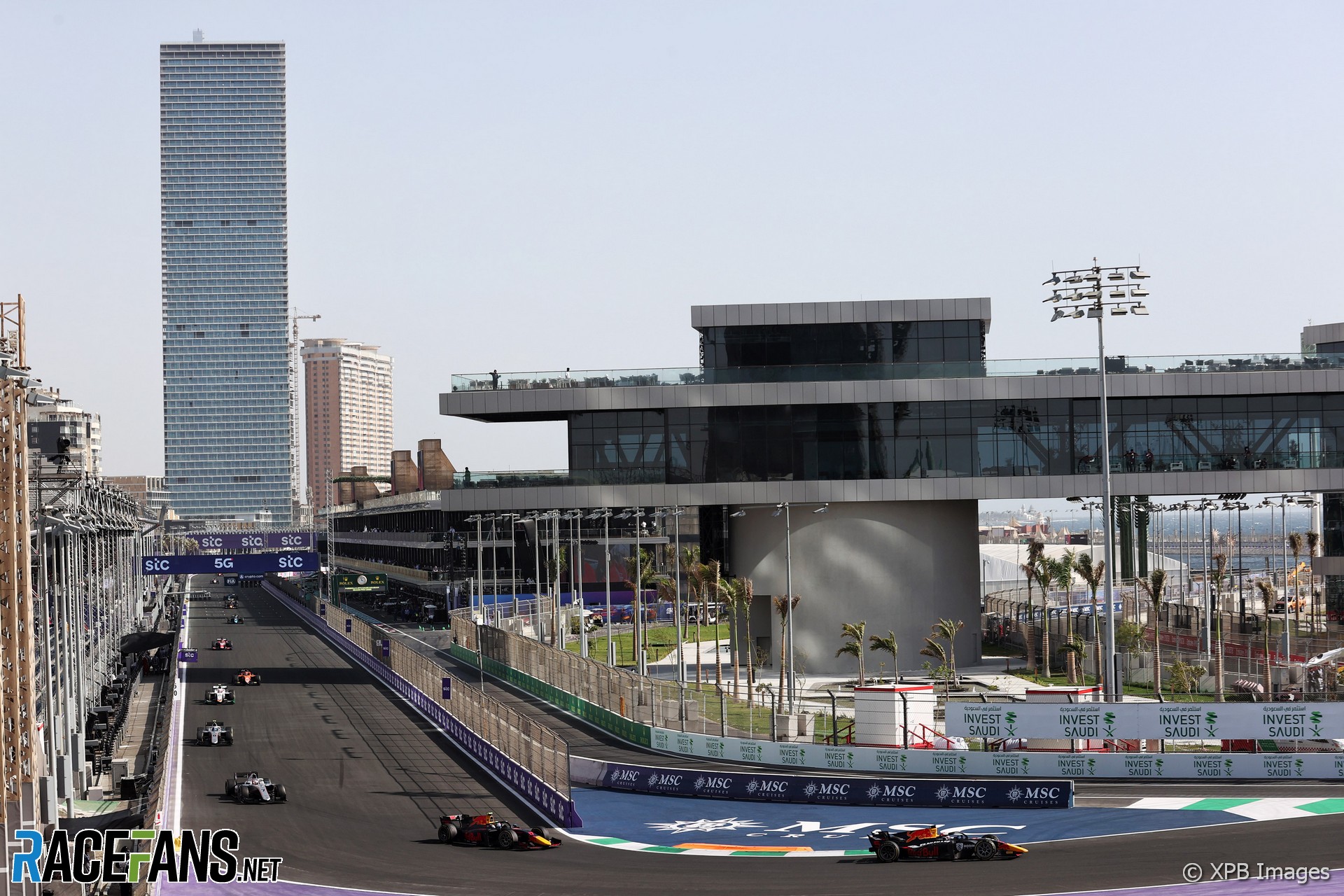 Formula 2 drivers have said they are satisfied with the security arrangements for this weekend’s round in Saudi Arabia, after a missile strike near the track yesterday.

Following yesterday’s qualifying session, it emerged drivers had been unaware of the attack on a oil plant by Houthi rebels around 10 kilometres from the track earlier in the day.

As with Formula 1, F2 is continuing with its programme of events this weekend. Liam Lawson won the opening sprint race at the track this afternoon ahead of Juri Vips and Jake Hughes.

Speaking after the race, Hughes admitted the attack was “obviously quite a shock” for the drivers. “It’s something that I don’t think any of us, if not the whole grid, have ever experienced before, obviously, and definitely not nice to see.”

Yesterday, the FIA and F1 said they had been given assurances from the authorities in Saudi Arabia that the venue was not a target for the attackers and that their security is a priority. The podium trio said they accepted the explanation.

“I think we’ve been given enough assurances now from all the parties involved – F2, the FIA, Formula 1 – that it’s safe the race,” said Hughes. “Probably this is the safest place to be right now.

“To put my personal point of view, I’m quite happy to race this weekend.”

Lawson agreed. “For us, as drivers and as teams, we’ve been assured that in this area we’re completely safe and I think we trust F1 and the organisers around us that that will be the case,” he said. “So for us, it’s disappointing and not nice to see, but I think we feel okay about the the decision has been made.”

His fellow Red Bull Junior Team member Vips said it is important major events are not disrupted by such attacks.

“I think we’re all quite up to date to what’s been happening. It’s obviously sad times that we live in, in the world at the moment. There’s a lot of war and negativity around us.

“But I think as a big sports event, we shouldn’t be bullied into cancelling the events or anything like that. Obviously it’s not great when there is such an explosion near you. But I do trust F1 and the security that they’re providing us.”