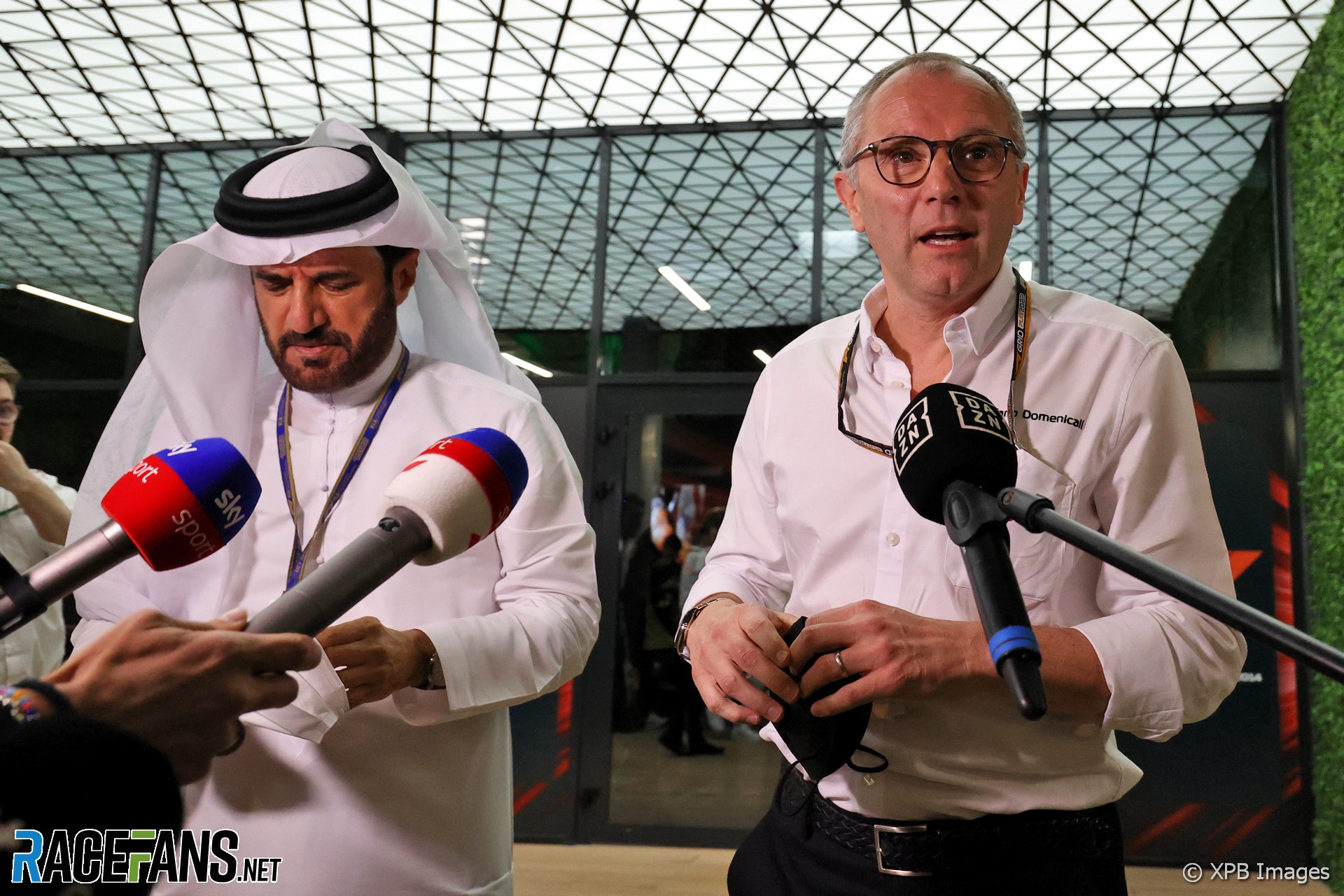 FIA president Mohammed Ben Sulayem and Formula 1 CEO Stefano Domenicali say they are confident the Saudi Arabian Grand Prix will go ahead safely despite an attack near the track earlier today.

They confirmed the event will go ahead following a missile attack by the Yemeni rebel group Houthi which caused an explosion and fire at an oil plant around 10 kilometres from the circuit. The strike occurred during F1’s first practice session which began at 5pm local time today.

Ben Sulayem and Domenicali met with drivers and team principals ahead of the second practice session and confirmed the weekend would go ahead. The pair spoke to media following a second meeting with F1 competitors later in the evening.

“We have done a meeting with the drivers and the team principals together with the maximum authority of Saudi with the Prince Abdulaziz, the minister of sport and Prince Khalid, the president of the ASF and of course with Sheikh Mohammed Ben Sulayem, the president of the FIA and the government of Jeddah,” said Domenicali.

“We have received total assurances that the country’s safety is first. No matter the situation, safety has to be guaranteed.

“They are here with their families, actually here at the track, they have in place all the systems to protect this area, the city, the places we are going. So we feel confident and we have to trust the local authority in that respect.

“Therefore we will of course go ahead with the event.”

Domenicali added the decision to proceed had the unanimous support of the team principals. “We need to trust the local authorities not only here but all around the world because if that is not the case we will be in a situation that’s not manageable.”

“I mean, who are they targeting? They are targeting the economic infrastructure, not the civilians, and of course, not the track.

“Of course we checked the facts from them and we had assurances from the highest level that this is a secure place, the whole thing will be secured and let’s go on racing. For sure all the families are here, we are only looking forward but with an assurance that nothing is going to happen.”

38 comments on “‘Nothing will happen’: FIA and F1 confident Saudi Arabian GP venue is secure after attack”