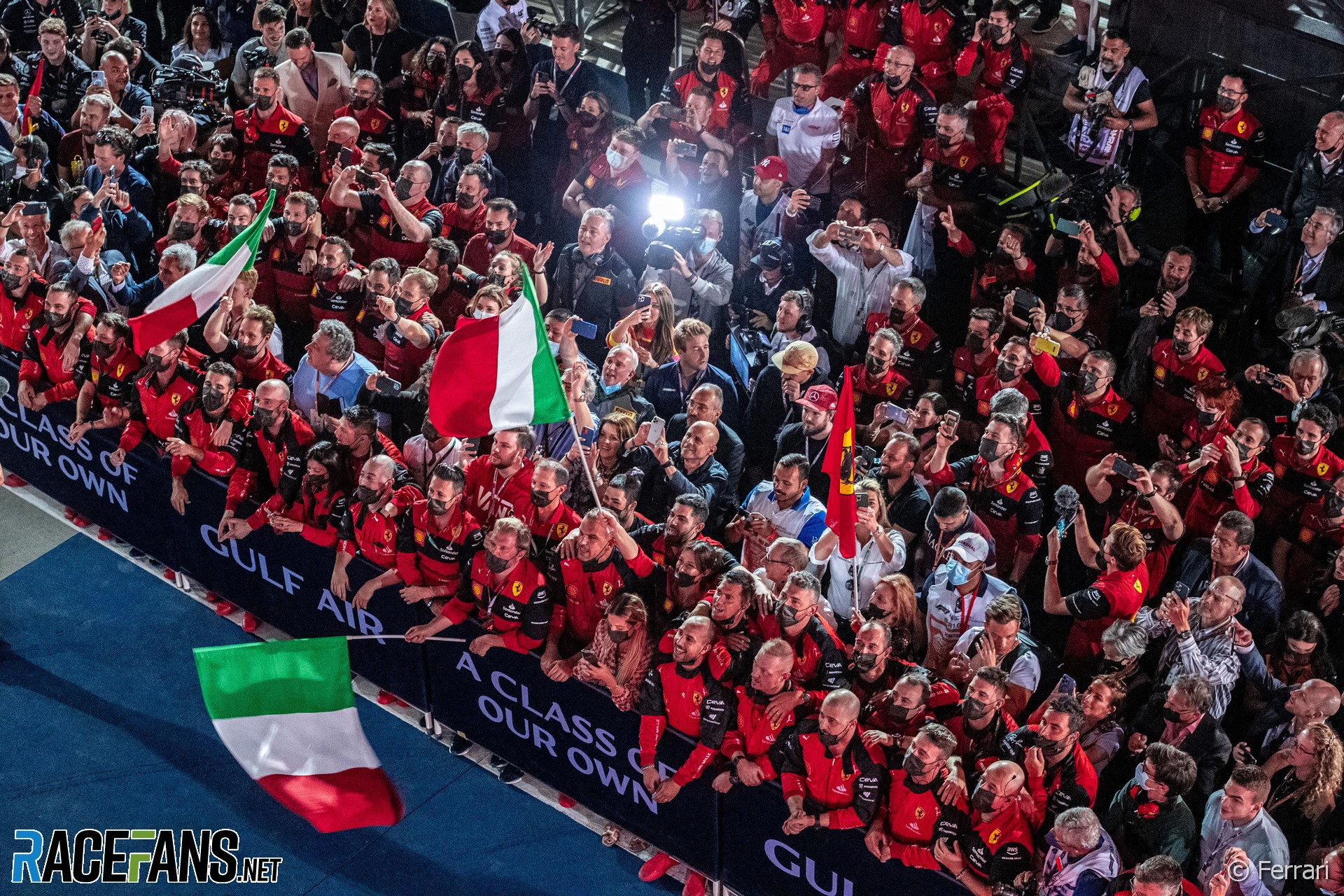 The opening race of the Formula 1 world championship prompted as many questions as it answered as the Bahrain Grand Prix provided an enthralling first race for 2022.

But there’s hardly any time for the ten teams to take stock as they travel immediately to Saudi Arabia for the second round of the year, just one week after the first.

The Jeddah Corniche Circuit will host its second race in the space of four months with the track benefiting from all those extra weeks of work, hopefully making this year’s event better than its first.

Here are the main talking points ahead of this weekend’s Saudi Arabian Grand Prix.

Can Ferrari back up their Bahrain success?

Ferrari could not have hoped for a better start to the season than the one they enjoyed in Bahrain. Pole position, fastest lap and their first win in over two years for Charles Leclerc, with Carlos Sainz Jnr crossing the line in second to make it a one-two for the Scuderia.

Heading into Saudi Arabia, Ferrari have the opportunity to do something they have not achieved since 2018 – win the opening two rounds of the season.

While Ferrari delivered on the promise they showed in pre-season, when they arguably had the most impressive testing programme of all the teams, Red Bull kept them honest throughout the weekend, with Max Verstappen just over a tenth off Leclerc’s pole time and the two battling hard after their first pitstops before Verstappen was forced to retire later in the race.

With so many unknowns about the behaviour of these new ground effect cars for 2022, will the F1-75 have the edge over the RB18 again this weekend? Or will the high speed street circuit suit the Red Bulls better?

The new Jeddah circuit achieved immediate notoriety among fans and drivers after its first race just four months ago. With two red flag stoppages due to accidents and the second-highest average lap speed of any circuit on the calendar, the many fast, blind and barrier-lined corners on the circuit earned some criticism.

“I think Suzuka is an amazing track, but you wouldn’t do Suzuka with walls,” remarked Sebastian Vettel after last year’s race. “And that’s what they’ve done, more or less, here.”

In response to concerns raised by the drivers, the circuit’s management have made a series of minor changes to the track for this year’s event. The priority was to improve drivers’ sightlines into many of the blind corners, by moving the barriers back by up to two metres at turns two and three as well as the flat-out turn 14 following the hairpin.

The barriers on the apexes of turns four and 16 have been made shallower, as have turns 22 – scene of many accidents the first weekend – and the fast kink of turn 24. The final hairpin, where Verstappen threw away a likely pole position, has been widened with the barrier moved back to try and give drivers more room to manoeuvre.

Despite these changes, there has been no adjustment to turns eight and nine, scene of the closest near-miss of the 2021 weekend where Nikita Mazepin came across a slow Lewis Hamilton in the middle of the fast, blind sweeper during practice. Teams and drivers will have to remain on the highest of alert throughout the weekend to avoid either being hit, or running into slower cars in sessions.

The new 2022 cars pose an added visibility problem. The wheels are taller and include mandatory bodywork extensions over the top of them, making it harder for drivers to judge where the apex of a corner is.

It was, quite literally, a baptism of fire for Red Bull’s new powertrains division in Bahrain, with only one of the four cars powered by Red Bull-badged Honda power units reaching the chequered flag.

Sergio Perez described last Sunday as a “very low day” for the team as they saw second place disappear for Verstappen, then a potential third lost on the final lap when Perez’s car seized at the hairpin. Earlier in the race, Pierre Gasly had pulled off the circuit with his AlphaTauri on fire, leaving Yuki Tsunoda’s car the only Red Bull-powered machine to finish.

An initial analysis suggested a problem with the fuel system was the fault for the two Red Bulls – a problem that had not appeared for the team in testing. With such limited time between Bahrain and this weekend, there has not been a lot of scope for Red Bull to address any problems they have found if it is something more fundamental in their power unit. There’s likely to be some nervous faces in the Red Bull garage right the way until the chequered flag this weekend.

How will the order vary at round two?

The major rules changes for 2022 offered the best opportunities in some time for teams traditionally further down the order to make a leap up the grid. And in Haas and Alfa Romeo – securing fifth and sixth respectively – that certainly proved the case.

But just a single weekend is nowhere near enough of a sample size to assess the true order of performance across the ten teams this season. Going from a permanent circuit like Bahrain, with its heavy emphasis on traction and braking, to a street circuit like Saudi Arabia characterised by quick kinks, rapid direction changes and very high top speeds could provide a very different picture of the teams this weekend.

While it’s unlikely that Mercedes will suddenly find the half-second-plus they need to join the battle at the front of the grid, we could well find that six or even seven teams come away with points this weekend. What order that will be is unknown.

With the rate of development expected to be high throughout the season, points scored at this early stage could end up being crucial to deciding the final places in this year’s constructors’ championship. So expect the fight for the points to be especially intense this weekend.

Will porpoising prove more of a problem on a street circuit?

After it became one of the major talking points in Bahrain, porpoising did not seem to become too big of a headache for the 20 cars on track during last Sunday’s race.

That was almost certainly influenced by teams who had suffered with more severe bouncing – such as Mercedes – running set-ups to deliberately reduce the effect as much as possible without compromising their cars’ performance too much in the process.

However, the Bahrain circuit saw high speeds reach at the end of long straights into braking zones for tight corners. But the Jeddah circuit has a much greater variety of corners, with many of them being approached in higher gears.

Many drivers, including Leclerc, Sebastian Vettel and Alex Albon have said that they expect the 2022 cars to be less comfortable to drive around street circuits this season, due to the stiffer suspension settings teams will aim to run to make the most of the ground effect downforce. With street circuits naturally bumpier than most permanent and purpose built venues, this weekend will likely give teams a strong idea of how badly their cars are likely to be affected by porpoising over the many other street tracks to come on this year’s calendar.

Are you going to the Saudi Arabian Grand Prix?

If you’re heading to Saudi Arabia for this weekend’s race, we want to hear from you:

Who do you think will be the team to beat in the Saudi Arabian Grand Prix? Have your say below.

31 comments on “Will Ferrari make it two from two? Five talking points for the Saudi Arabian GP”