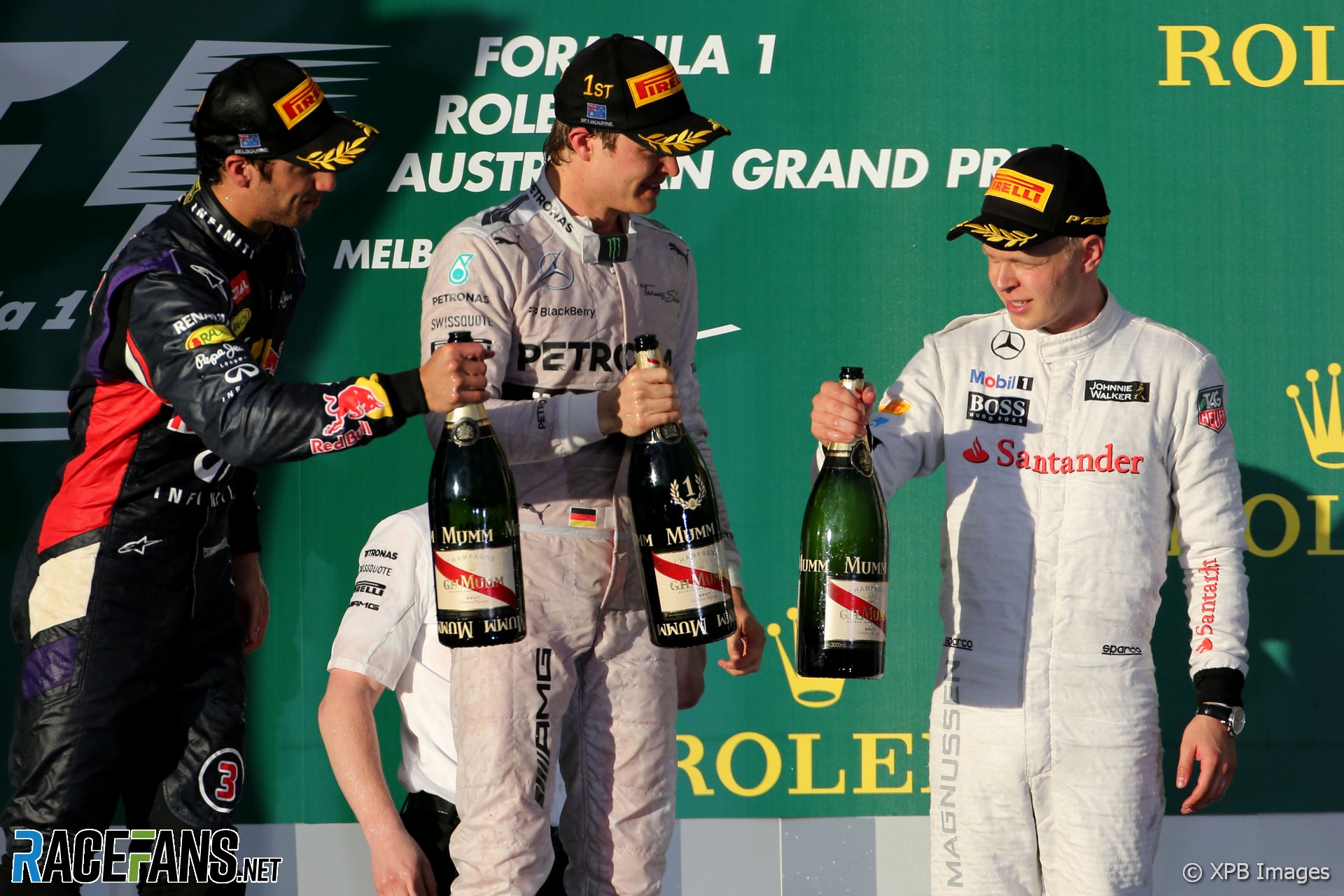 Kevin Magnussen says he’s learned to have more realistic expectations on his return to Formula 1 after a year away.

The Haas driver made his Formula 1 debut with McLaren in 2014. He finished third in his first race, then was promoted to second after rival Daniel Ricciardo was disqualified.

However he hasn’t finished in the top four since, in a career which has spanned over 100 further starts with teams including Renault and Haas. He returned to the latter this year after leaving F1 at the end of 2020 and immediately scored their best result for four seasons.

Magnussen said he isn’t going to let that raise his expectations too high for the year ahead. “There’s always the danger that you have such a great first race and then you expect to be there every time,” he said in response to a question from RaceFans.

“I’ve been in that situation before. My first race in Formula 1, I got on the podium and then after that I was kind of just always disappointed with everything that wasn’t a win. Because I finished second, so the next [best] one was a win.

“So everything that wasn’t a win, which was all of the races so far, was a disappointment. So I had to really change my mindset and I’m not going to make that mistake again. Just take it race-by-race, build up this championship, just get the best of it every time.”

The F1 teams tested in Bahrain for three days before the opening race of the year. This weekend he faces the challenge of less time to prepare and a circuit which is unfamiliar to him. “The main difference is just that I don’t know this track,” Magnussen acknowledged.

“The way I prepared in Bahrain was very straightforward because we had the test before and everything was very well known. You know the tyre degradation very well because of the test whereas here it’s more unknown.”

That will make it more important to avoid any problems in practice, Magnussen admitted at the Jeddah Corniche Circuit today. “There’s more pressure to not mess up a run because if I mess up a run on one of the sets of tyres that we need to learn about for the race, then that’s going to cost a lot,” he said.

“There’s going to be more pressure this time, but that’s fine. We’ll deal with that and still try and make the best of it.

“The good thing is we think we still have a good car. Whether it’s going to be as good here as it was Bahrain, time will tell. But I think we should be up there.”

After last year’s incident-packed race, Magnussen is braced for more of the same this weekend. “It was kind of crazy last year, wasn’t it?” he said. “Not only is the track super-crazy, but also it was a crazy race with two red flags and a lot of stuff happening.

“At least I’m prepared for a crazy race again. I guess everyone’s trying to anticipate. We had it one year in Baku where we saw like a super-crazy race and the next one was super-boring because everyone was careful and anticipating problems. So let’s see. It’s certainly a very unique track, so high speed for a street circuit.”

He says that could be the best opportunity for Haas to improve on the fifth place he scored last time out.

“Unless you’re in a Mercedes, Ferrari or Red Bull, if you’re right there, then you’re the first one to get that podium if stuff happens. I don’t see us driving on to the podium on pace anytime soon, but I could kind of expect to be in the position we were in Bahrain – leading that midfield. You’d hope that we can do that more often and keep at that level. That’s got to be the target.

“Then if you are there, then you’re the first one to receive that podium if you have that lucky day where a lot of people have problems, which has happened before. Or there’s a red flag at the right time on a track that is hard to overtake or something like that so.

“That’s certainly what I’m dreaming about. I’m not expecting it. As I said, I don’t think we have the pace to be driving on to the podium, but I am dreaming about that podium.”