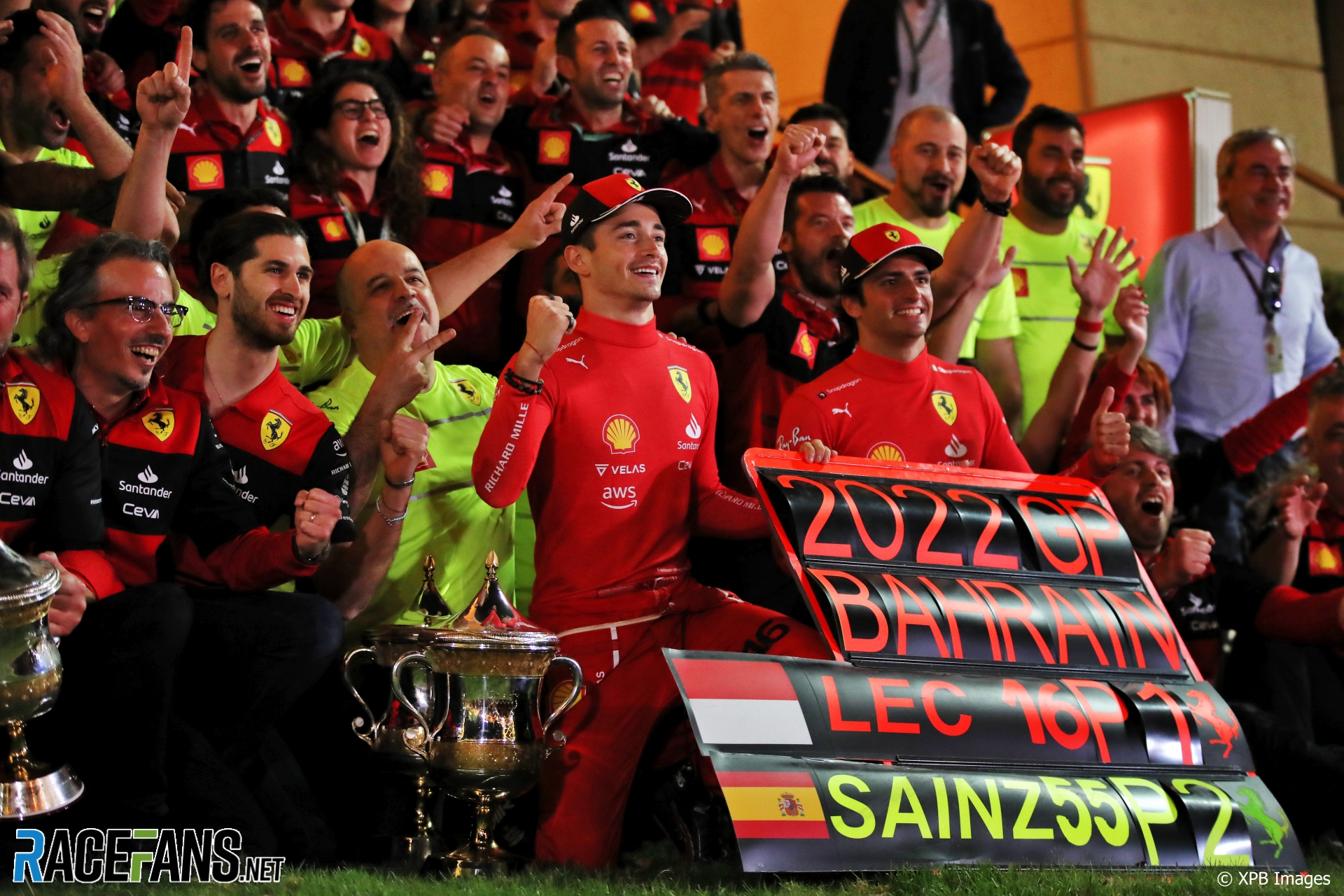 In the round-up: Formula 1 CEO Stefano Domenicali welcomed Ferrari’s return to form after their one-two finish in the Bahrain Grand Prix.

Ferrari winning “good for everyone” – Domenicali

Domenicali was Ferrari’s team principal from 2008 and 2014. He expects to see strong crowds in his home town, Imola, when F1 races there next month, following his former team’s strong start to the season yesterday.

“There’s no doubt that to see Ferrari back again competitive is very good for everyone,” he said. “I’m sure that this will have an impact on the number of ticket sales that we, the promoter, will sell. And I’m expecting in Imola, a big crowd does in the old days.”

Latifi downbeat after 16th in opener

Nicholas Latifi described a tough first race of 2022 for Williams after finishing 16th in Bahrain.

“It was a tricky day and it’s clear we’re not starting off as strong as we would have liked,” he said. “We’ve been lacking pace, struggling with overall grip, balance and tyre degradation. We need to work out how we extract more out of the package we have now and have a real push to react as soon as possible to bring some more speed to the car.”

Three F2 drivers and one F3 driver collected penalties in yesterdays feature races, but none had any effect upon the points standings.

F3 driver Hunter Yeany was penalised five seconds after he was considered wholly to blame for his collision with Niko Kari.

Theo Pourchaire said a tyre marble cracked his visor during the final 12 laps on his way to victory in yesterday’s feature race in Bahrain.

“During the race, my visor broke because of rubber, the tyres,” Pourchaire explained. “Behind Drugovich I received something and my visor was broken, it was like a crack on the left hand side.”

Pourchaire said it affected him “a lot” over the final laps. “It was so difficult to concentrate because you have that happening and then you need to push, need to be really careful with the tyres. It was so difficult.”

Third-placed driver in the feature race Jüri Vips sympathised, revealing he also had an equipment failure in Saturday’s sprint race. “My left belt completely off the HANS so every time I braked since lap five or something it just [flew around].”

“This is F2,” concluded Pourchaire.

Our crew member accidentally struck by the No. 5 car has been evaluated by INDYCAR Medical. He has no serious injuries and has been released from the infield care center.

We appreciate your kind words.

Not sure Flavio Briatore deserves to be given the time of day, let alone a paddock pass.

I resisted the temptation to ask @LewisHamilton if his new helmet was a tribute to @NicoRosberg…https://t.co/mMpgT2majl#F1 #BahrainGP

"At each grand prix, starting with the Bahrain season-opener, F1 fans can vote via social media for the boldest and bravest manoeuvre of the day – with that driver earning the Overtake King Award."

"Formula 1 chiefs are monitoring the situation in Saudi Arabia after a petroleum depot was attacked."

"Beyond F1, Red Bull has extended its reach into several other sports properties ranging from Bundesliga soccer and extreme sports to motosport, esports, and ice hockey. But how did an energy drink company become such an iconic figure in sports?"

"When it’s your car and your own little team, you’re working in your own zone, with your own objectives for the weekend. Making that transition to sitting on the pit wall, trying to keep an eye on both cars is a big, big change, with considerably more than twice the information to keep track of."

The discussions between race direction and the teams shouldn’t be broadcast, says Sumedh:

This has predictably gone the same way as the televised drivers’ briefings with Charlie Whiting done in 2017/2018.

I think not broadcasting makes sense. The intent, honesty, transparency of the participants – team personnel, drivers – is inevitably compromised knowing that the exchange is getting televised. Instead of seeking genuine clarifications, the participants are catering to their fans and trying to sway the public opinion.

May be they should make it public after the race, that way we have transparency but not direct pressure on race director.
Sumedh