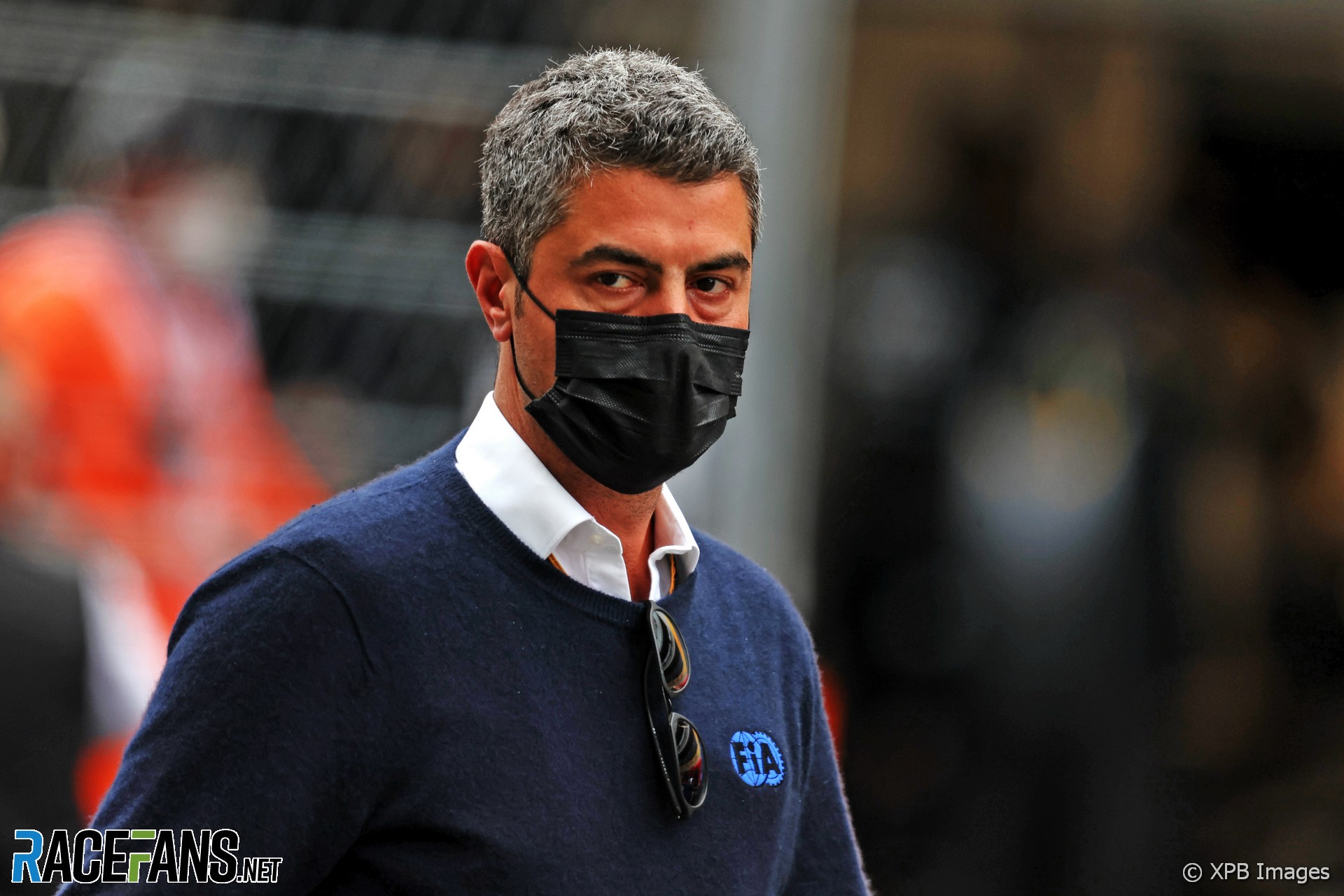 FIA race director Michael Masi has given F1 teams and drivers a clear warning that their conduct in the championship-deciding Abu Dhabi Grand Prix will be under scrutiny with the potential for points to be deducted as penalty.

In the first edition of the race event notes for the weekend’s grand prix circulated to all competitors, Masi reminded teams and drivers of their obligations under the FIA’s International Sporting Code and the stewards’ power to take points away from drivers and teams if they are deemed to have breached sporting rules.

In Instruction 29 of the Abu Dhabi Grand Prix event notes circulated on Thursday, Masi reminded teams and drivers of a series of rules and procedures outlined in the FIA’s International Sporting Code – in particular article 12.2.1.l that of “any infringement of the principles of fairness in Competition, behaviour in an unsportsmanlike manner or attempt to influence the result of a Competition in a way that is contrary to sporting ethics.”

Masi also pointed out the stewards may impose possible penalties of “suspension for one or more competitions” and “withdrawal of points for the championship” for any offences.

The reminder comes ahead of the final race of the Formula 1 season where the recipient of both the drivers’ and constructors’ championship will be determined, between Max Verstappen and Lewis Hamilton and between Mercedes and Red Bull, respectively.

The battle for the championships has become increasingly tempestuous as the season has progressed, with tensions fuelled by a series of collisions and incidents involving Verstappen and Hamilton. The pair were investigated multiple times after a spate of incidents during last weekend’s Saudi Arabian Grand Prix, in which the rivals collided in the later stages of the race. Hamilton went on to win the race, while Verstappen was awarded two separate time penalties by race stewards having been deemed responsible.

The two drivers head to the final race of the season level on 369.5 points each – meaning whichever driver finishes ahead of the other, if they finish in the points, will be crowned the 2021 drivers champion.

Masi drew the drivers’ attention to the following points in the International Sporting Code:

29.1 All Competitors and Drivers are reminded of the various requirements detailed in the FIA International Sporting Code. In particular I would like to remind you of the following articles detailed below.

“The Competitor shall be responsible for all acts or omissions on the part of any person taking part in, or providing a service in connection with, a Competition or a Championship on their behalf, including in particular their employees, direct or indirect, their Drivers, mechanics, consultants, service providers, or passengers, as well as any person to whom the Competitor has allowed access to the Reserved Areas.”

“Any infringement of the principles of fairness in Competition, behaviour in an unsportsmanlike manner or attempt to influence the result of a Competition in a way that is contrary to sporting ethics.”

“For all the FIA Championships, cups, challenges, trophies or series, the stewards may also decide to impose the following penalties: Suspension for one or more Competitions, withdrawal of points for the Championship, cup, challenge, trophy, series.”

“Points should not be deducted separately from Drivers and Competitors, save in exceptional circumstances.