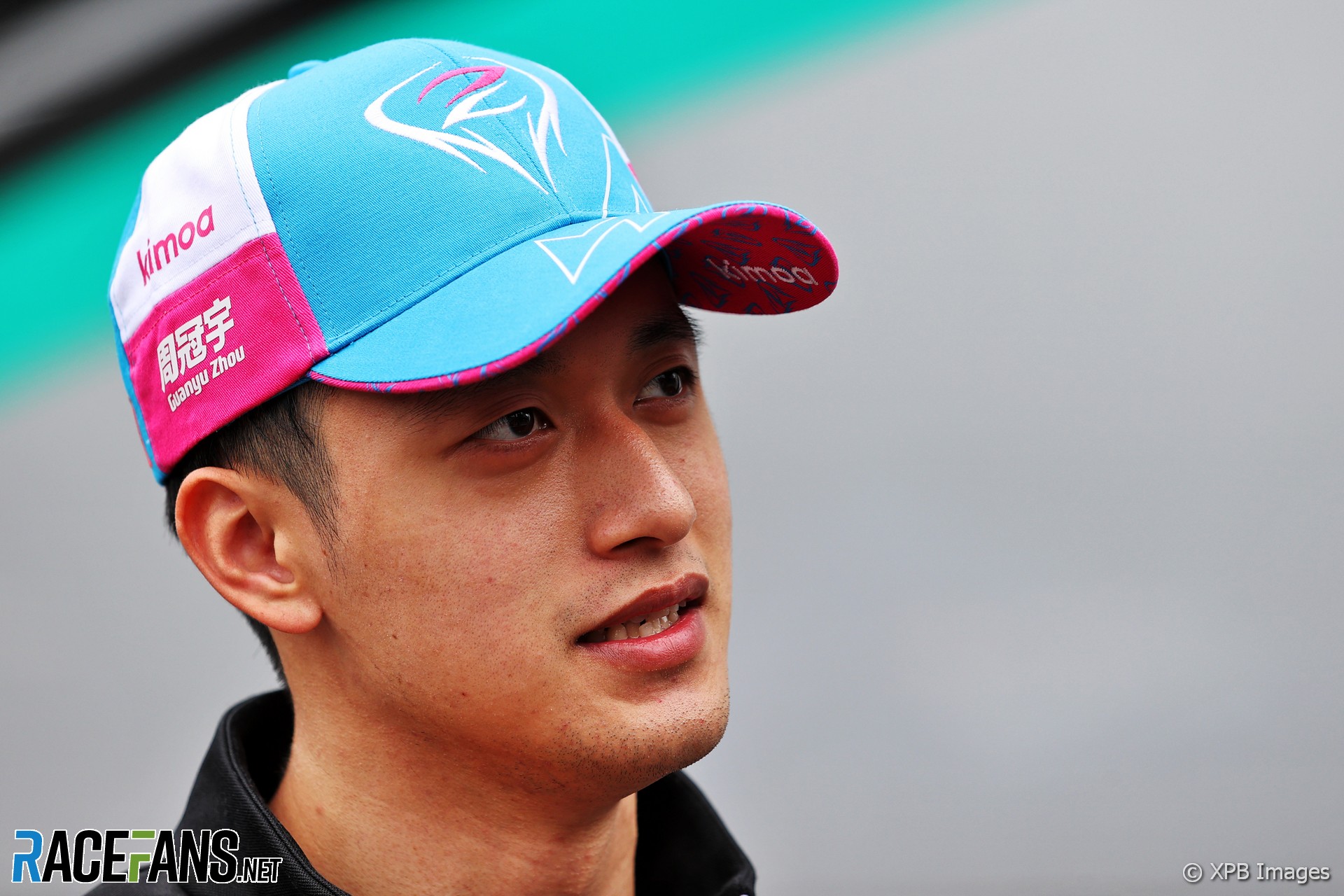 Guanyu Zhou will make his Formula 1 race debut with Alfa Romeo next year and become the first driver from China to race in the series.

The Formula 2 driver completes the grid for the 2022 F1 season. He will be the only rookie in the field next year, joining Valtteri Bottas in an all-new line-up at Alfa Romeo.

“I dreamt from a young age of climbing as high as I can in a sport that I am passionate about and now the dream has come true,” said Zhou. “It is a privilege for me to start my Formula 1 career with an iconic team, a team that has introduced so much young talent into Formula 1 in the past.”

Zhou’s promotion means Antonio Giovinazzi will lose his place at the team when the season ends, after three years in F1. His team mate Kimi Raikkonen has already confirmed he will retire at the end of the season.

Before joining Alpine’s young driver programme, Zhou was part of the Ferrari Driver Academy. He will leave Alpine as he joins Alfa Romeo in a one-year deal for next season, with options for a potential extension.

Ma Qinghua became the first driver from China to participate in an official F1 practice session when he drove for HRT at the 2012 Italian Grand Prix. Zhou made his practice debut for Alpine at the Red Bull Ring earlier this year.

China’s first F1 driver will not have a home event to race in next year, as the series’ round at Shanghai International Circuit remains off the calendar following the Covid-19 pandemic. F1 intends to return to the track and recently extended its contract to race in China until 2025.

“To be the first ever Chinese driver in Formula 1 is a breakthrough for Chinese motorsport history,” said Zhou. “I know a lot of hopes will be resting on me and, as ever, I will take this as motivation to become better and achieve more.”

Alfa Romeo team principal Frederic Vasseur said Zhou is “a very talented driver, as his results in F2 have shown, and we are looking forward to helping his talent flourish even more in Formula 1.”

“We are proud of our line-up for 2022 and we are confident Zhou will form a very successful partnership with Valtteri,” he added.

Formula 1 CEO Stefano Domenicali welcomed the new of Zhou’s appointment. “The news Guanyu Zhou will be in F1 next season is fantastic for the sport and the millions of passionate Chinese fans that now have a home hero to cheer all year long.

“The pyramid in F2 is working and promoting talent to the top flight of motorsport. Zhou is an incredible talent, who will be a fantastic addition to the amazing grid we have, and he will entertain and keep all our Chinese fans excited in 2022.”

View the current list of 2022 F1 drivers and teams