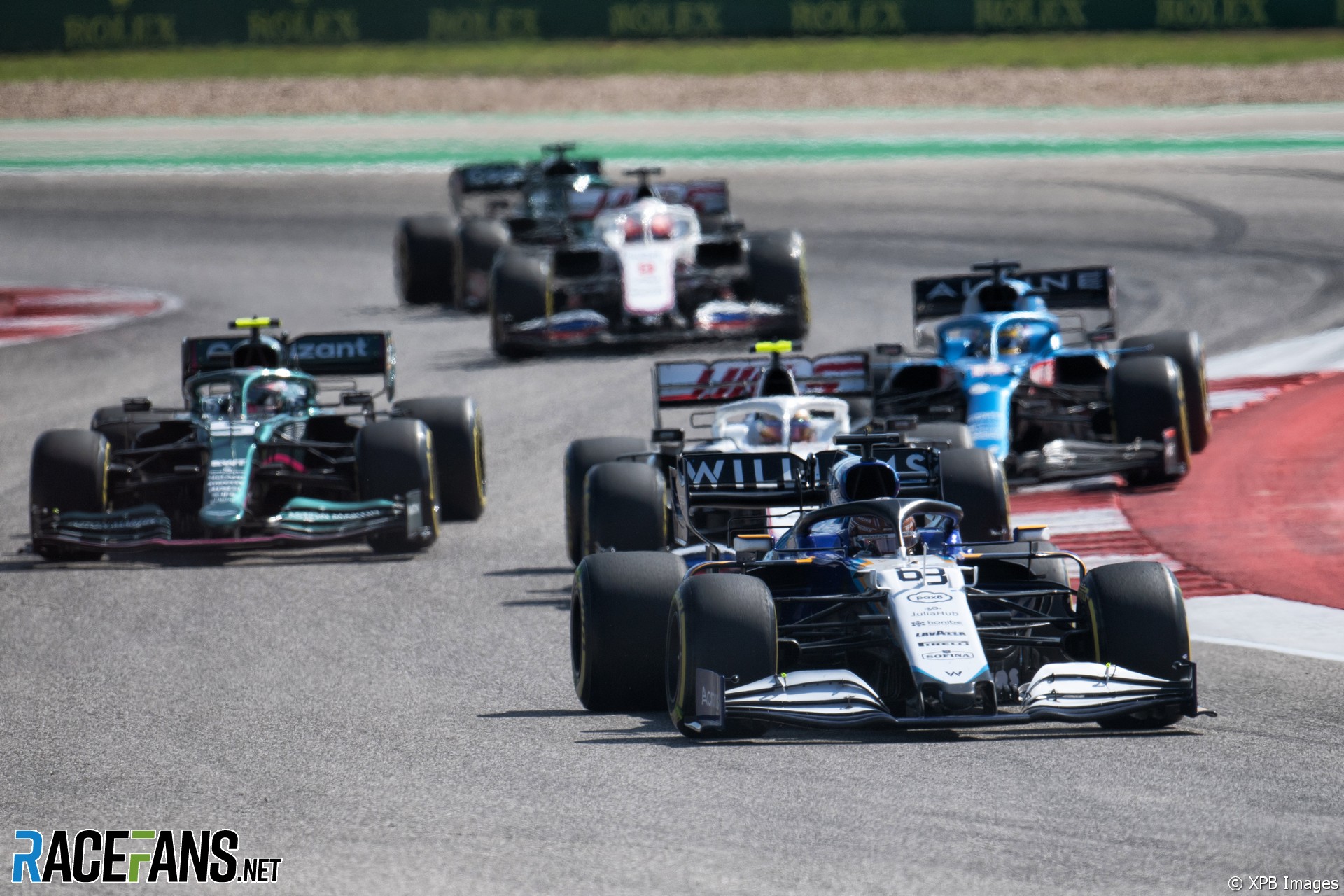 George Russell says Williams’ championship position allows him to experiment with his approach and take more risks in the final races of 2021.

While his starts have been a weakness on some occasions, Russell made a good getaway in the United States Grand Prix, gaining six places. With the team enjoying a points buffer over closest rivals Alfa Romeo and Haas, and Russell joining champions Mercedes next year, he says he can afford to take a more aggressive approach to his driving.

“I think the pressure’s been lifted off my shoulders for a while now for these first laps,” he said. “I’m more confident to really attack it and go for it. P20 to P14 was a strong start for me today.

“In this position now where we are in the championship we’ve got this small buffer that’s allowing me to go out there and really push the limits and I’m quite enjoying it, to be honest.”

Russell admitted this has led to him committing a few more errors than usual. “I’m not a driver who usually makes a huge amount of mistakes but I’ve wanted to push myself.

“That’s why we saw an off in FP3, we saw a little off in qualifying in Zandvoort. I’m just trying to really push the limit just to see if there is more in there in these last few races.”

Williams failed to add to their points tally in Austin. Russell said they hadn’t managed to get the best out of the car at the track.

“Just globally this weekend I struggled for pace,” he said. “It’s a very strange circuit.

“I felt there wasn’t much adhesive grip from from the Tarmac and I think all the drivers were sliding around a lot and we just didn’t optimise that made the most of it. I started last, made a good start, was 14th and just stayed there. Nothing gained, nothing lost. And obviously our rivals in Alfa didn’t score points.”

The track’s characteristics meant the team needed more downforce to be competitive, according to Russell. “I think it’s getting on top of the tyre management,” he said. “The downforce was really, really key this weekend.

“It was one of those races where the rich got richer and the poor got poorer. We know where we are with downforce, we’re not up there with the top guys. So I think that’s why we struggled.”

Motorsport has been a lifelong interest for RJ, both virtual and ‘in the carbon’, since childhood. RJ picked up motorsports writing as a hobby...
Read more about RJ O'Connell, find all their articles and get in touch with them