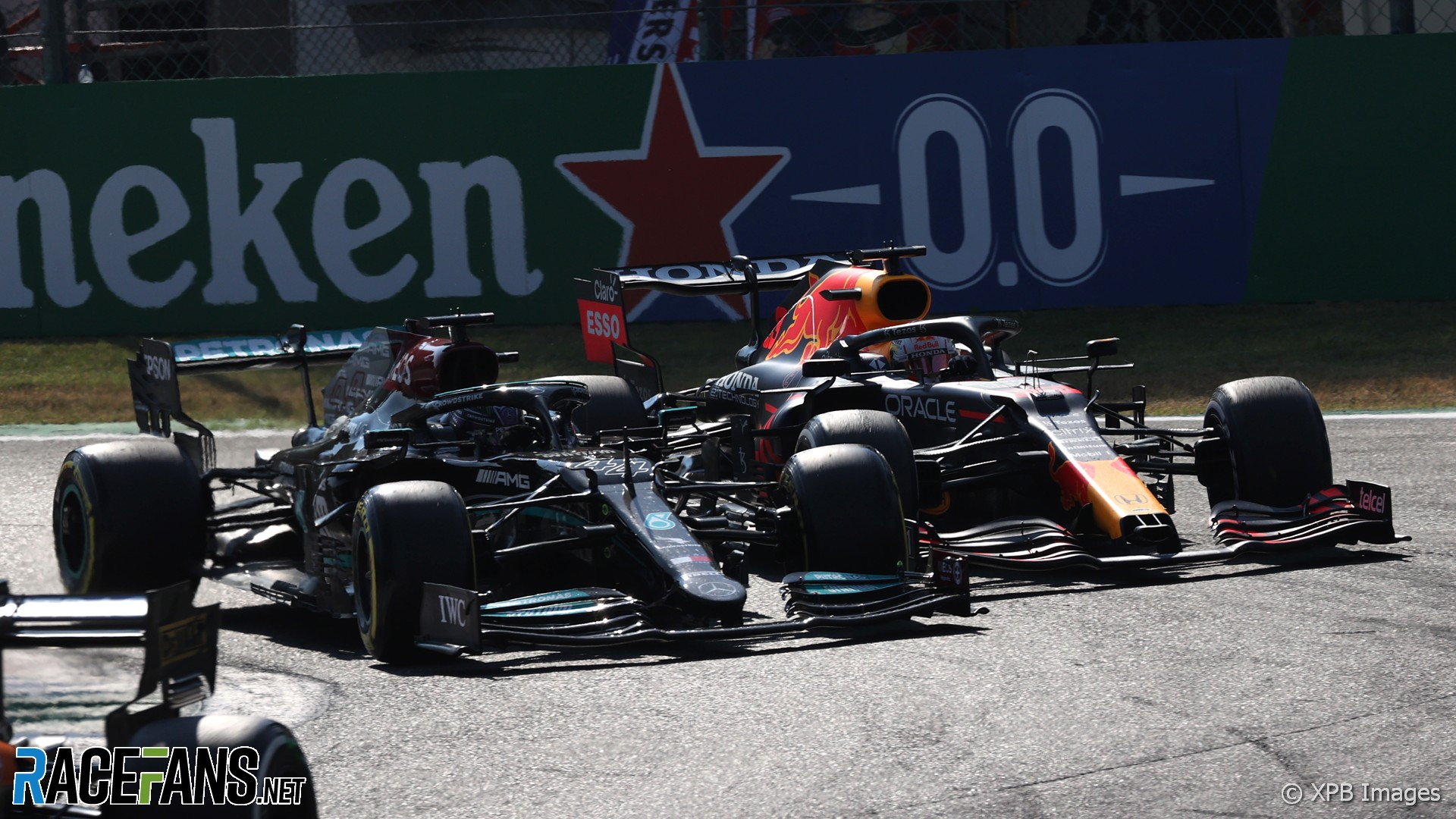 Lewis Hamilton welcomed the stewards’ decision to hand Max Verstappen a three-place grid penalty over the crash which put both drivers out of the Italian Grand Prix.

But the Red Bull driver said he didn’t completely agree with the decision, and maintains the collision between the pair was a racing incident.

The pair tangled at the Rettifilo chicane while Verstappen was trying to pass Hamilton. The stewards ruled Verstappen was never far enough alongside Hamilton that the Mercedes driver was required to leave him space.

News of Verstappen’s penalty broke while Hamilton was speaking to media at Monza on Sunday evening. The world champion said he intended to take a close look at the stewards’ decision.

“If that is the result, then I’m ultimately proud of the stewards,” he said.

“I need some time to really reflect on it but I think it definitely sets a precedent and I think it’s important for us moving forwards for the safety of the drivers that there are strict rules set in place. I’ll wait to speak to the team to find out what the actual report says.”

Before the verdict was issued, Hamilton said F1 needed to ensure drivers understand when they should leave room for their rivals.

“All of us drivers, we are on the edge,” he said. “When we have the inside line every single driver, past and present, will try to hold onto his position.

“I definitely do think we need to be looking into this and making sure that the right decisions are being made,” he added. “No one wants to see anyone get injured and if we can put some better protocols in, maybe we can avoid this sort of stuff for future.”

However Verstappen took issue with the stewards’ verdict and his penalty. “I don’t fully agree with the penalty as I believe it was a racing incident,” he said in a statement issued by his team.

“It’s very unfortunate what happened today but we are both professionals and so we will move on.”