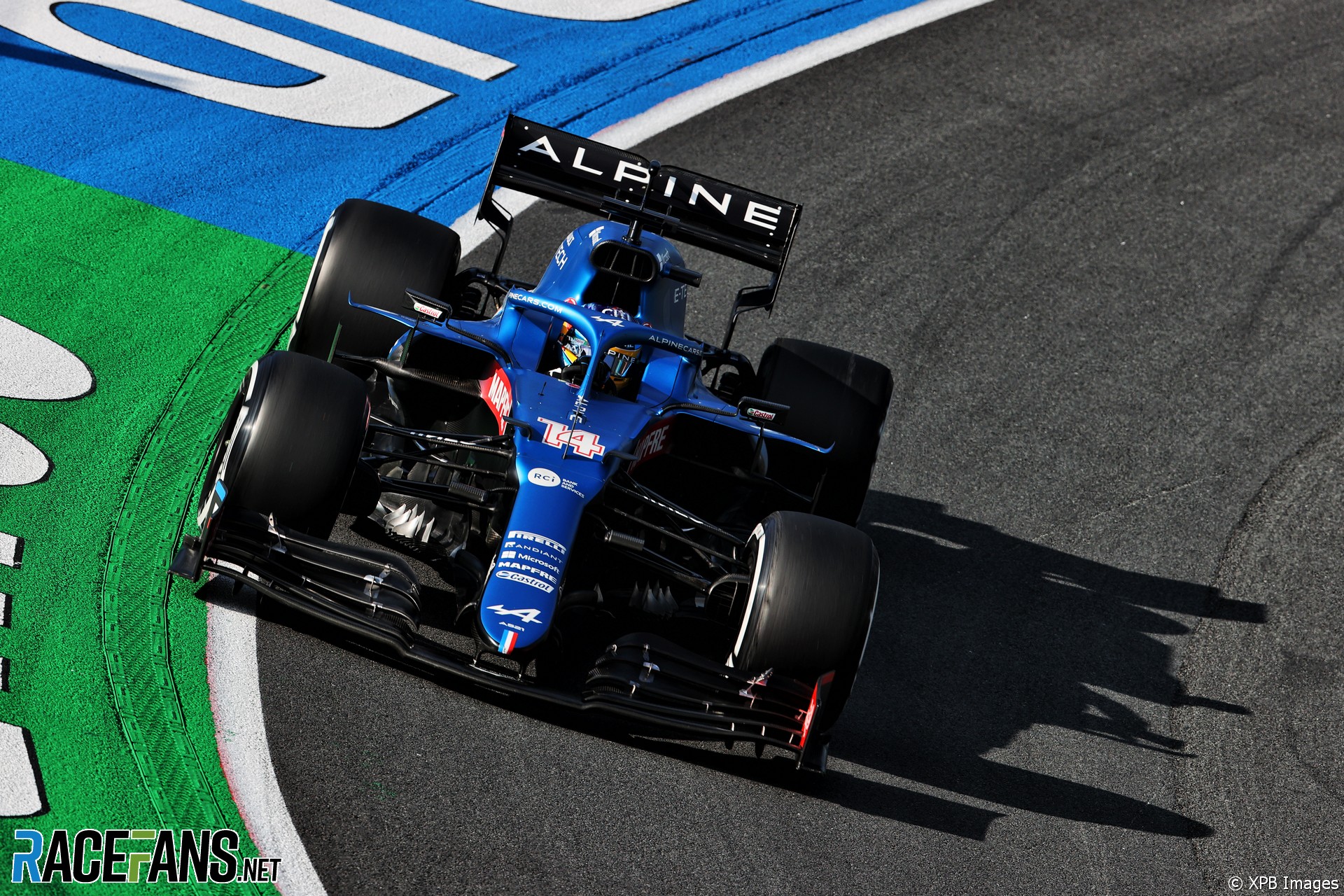 The Alpine driver, who has entered the Indianapolis 500 on three occasions, pulled off an impressive more at the unusual corner as he swept around his rivals to pick up two places on the first lap of the race.

However he said the shallow banking used at Indianapolis was not a useful reference for Zandvoort’s steep, 18-degree third turn. “There’s nothing really comparable between the two series,” said Alonso.

“I think the banking in Indy is much less. The speed is a lot higher, the downforce level is very different and then in Indy, you run very low. There is no point to go outside. While there was all in the outside because there were different steps on the banking.”

Alonso said he rewatched footage of the Formula Regional European series, which raced at Zandvoort in June, to see how different drivers tackled the corner.

“In [first practice] I tried different lines and they seemed to work okay. It was fun because you feel the compression there and it’s a different feeling.”

Other circuits are adding banked corners to their layouts including the Yas Marina circuit in Abu Dhabi, as revealed by RaceFans. Alonso believes this is a change for the better.

“It helps the nature of racing, it helps speeding up the corners and helps the tyre management and the aerodynamics and everything. Which we are not used to because in the last few years we build circuits with off-camber corners which was the opposite.

“Now we are all happily surprised with a banked corner. It makes even more sad why we built so many tracks with off-camber.”