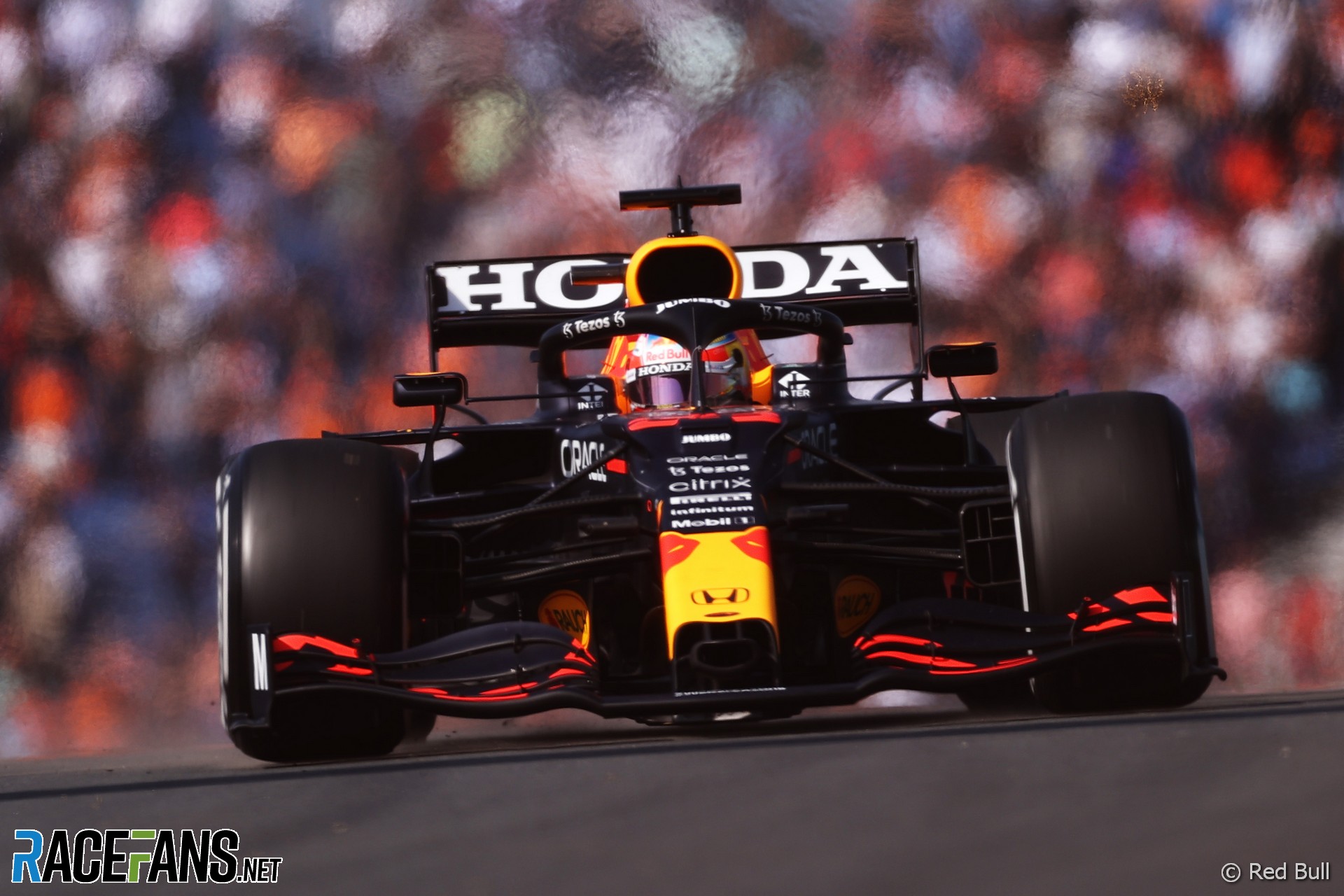 Max Verstappen faces the threat of a penalty as the Dutch Grand Prix stewards are looking into whether he overtook another car while red flags were shown during practice yesterday.

The stewards announced the Red Bull driver is under investigation for overtaking Lance Stroll during a stoppage in second practice. The Red Bull driver overtook the Aston Martin on the approach to turn 11, Hans Ernst.

The incident Verstappen is under investigation for was shown on the world television feed. It occured when red flags were shown after Lewis Hamilton came to a stop due to a power unit problem on his Mercedes. Verstappen’s team warned him about the red flag after he passed Stroll’s car.

If Verstappen is found to have passed another car during a session stoppage, past precedents indicate a grid penalty is likely. At the Styrian Grand Prix last year Lando Norris was given a three-place grid penalty for overtaking under yellow flags – a less serious offence.

However it is not unheard of for drivers to be cleared over similar investigations. Charles Leclerc and Kimi Raikkonen avoided penalties after the stewards investigated whether they failed to slow sufficiently for red flags at the same event.

Verstappen and a representative of his team have been summoned to meet the stewards at 10:45am local time. Final practice starts at noon, and qualifying for the Dutch Grand Prix begins at 3pm.