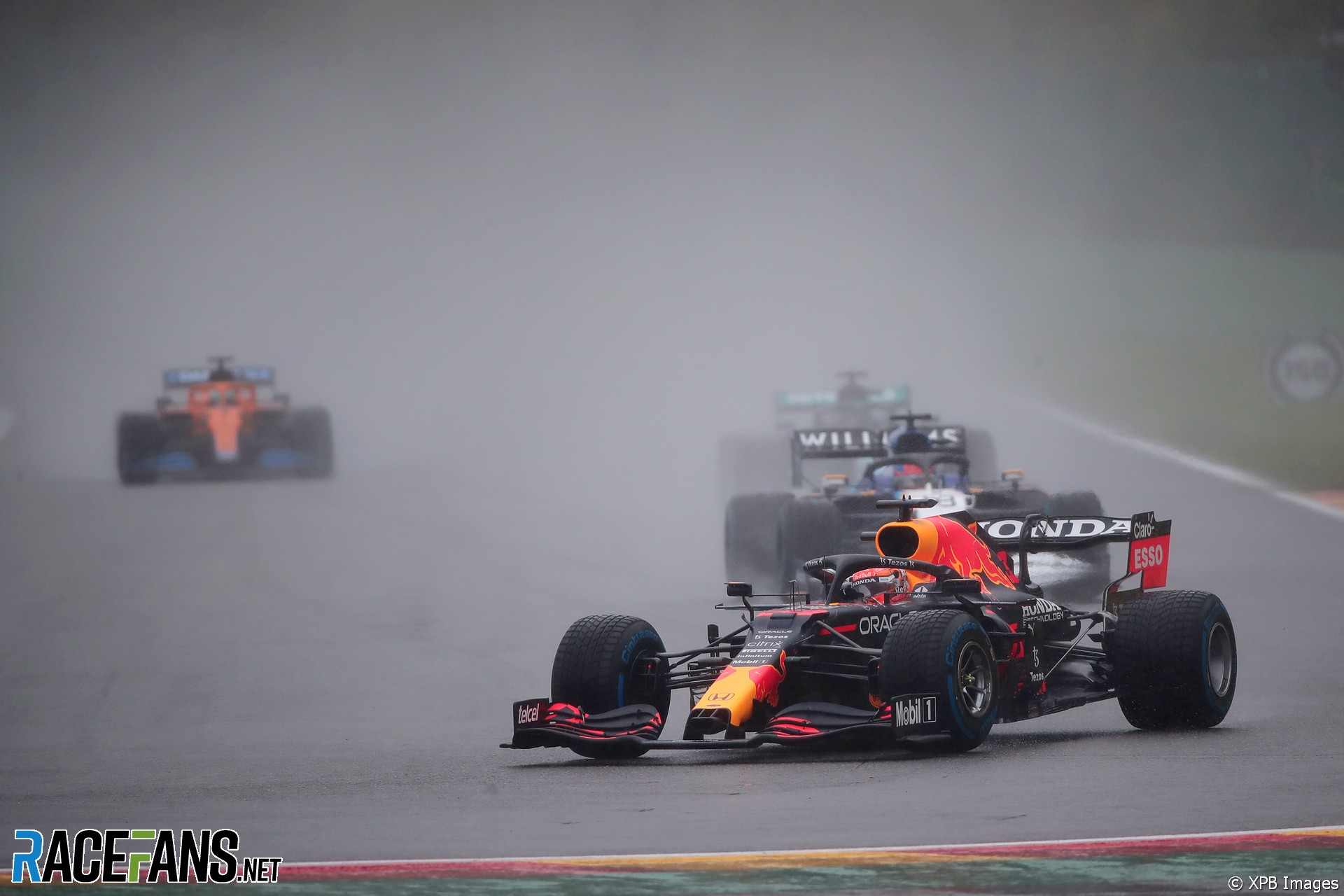 In the round-up: The FIA will review the Formula 1 regulations, including the points rules, in light of last weekend’s controversial Belgian Grand Prix.

Show which drivers and teams you are supporting

Which F1 drivers and teams are you supporting this season? Here's how you can show your support for your favourite on the grid on RaceFans:

F1 points allocation to be discussed

FIA president Jean Todt has responded to the widespread criticism of the Belgian Grand Prix, where half-points were awarded on the basis of a single lap of running behind the Safety Car.

Tody defended the decision not to attempt to start green-flag running due to the extremely wet conditions, but confirmed the championship’s regulations will be reviewed, including the points allocation. Other series, such as the World Endurance Championship, do not award points if no racing laps have been completed, as was the case last weekend.

“The weather windows predicted by the forecasters did not appear throughout the day, and while a small window did appear late in the day during which there was an attempt to start the race, conditions quickly worsened again. Therefore, due to the lack of visibility created by the spray behind the cars, we could not run the full race in sufficiently safe conditions for the drivers, marshals as well as the brave spectators who waited for many hours in the rain, for whom I am very sorry. This has been recognised by all stakeholders.

“The FIA Stewards have, based on the provisions of the International Sporting Code, stopped the competition to gain more time, and therefore more potential, to give the fans an F1 race. Despite these efforts, the race could not be started after the Safety Car laps, and the existing regulations have been correctly applied. I would like to thank and congratulate the FIA team, the ASN and all the volunteers for the quality of their work.

“The FIA together with Formula 1 and the teams will carefully review the regulations to see what can be learned and improved for the future. The findings, including the topic of points allocation, will be added to the agenda of the next F1 Commission meeting on October 5th.”

A Ferrari-badged truck belonging to a third-party supplier to the team has arrived at Zandvoort following its close encounter with a bridge, seen on social media earlier today. No damage occurred in the incident, according to a team spokesperson.#F1 #DutchGP pic.twitter.com/pgCwpKvea5

"'There is absolute fury internally at the naivety of Lewis's comments. He talks about handing back millions of pounds to fans, though he makes millions out of Formula 1, and it guarantees his team's job, and he gives little or nothing back himself.'"

"Now that it’s been tabled and discussed and all the teams agree that we need to start loosening it up, I’d like to think maybe we could get something done for Monza."

"What is not widely known is that just before the Belgian Grand Prix, Nicholas Latifi had a COVID-19 test that was unclear and while the Canadian had to go through the process of more tests to get the all clear, Williams needed to look into replacing him for Spa."

"I’d like to say a few words on (Juan Manuel Correa) on his return to Spa as a racing driver. Like many others, I am blown away by the courage and tenacity it took him to jump back in a racing car on that track. It would have been fantastic to see him fight at the front, but the sole fact that he was there and raced his heart out is already amazing. Like the rest of us, he had Anthoine in his mind the whole time..."

Albon and De Vries back in do surprise me somewhat, though it is disappointing that Ferrari are overlooking their juniors in Illot, Shwartzman and even Mick Schumacher in the Haas. Perhaps they’re banking on Haas turning around their form with the new car and still being a decent platform for Mick Schumacher, at least to the extent the Williams is for Russell this year. Good for De Vries to get a shot (very amusing that he did so with Alfa Romeo rather than Mercedes customer Williams, given he just won the Formula E title for Mercedes), even if he wasn’t the most awe-inspiring talent in GP2/F2 and Formula E, that shiny new championship title must count for something. Or perhaps that’s just the power of connections.

Albon getting another chance is also a nice thing, given that he’s still quite young he seems a good fit for Williams, and if he gets along well it may put the last three years of the second Red Bull car into perspective, but with his benchmark almost certainly being Latifi, it’s perhaps not going to be the most indicative study. But it’ll still be interesting to see how he gets along next year as well.
NotZack