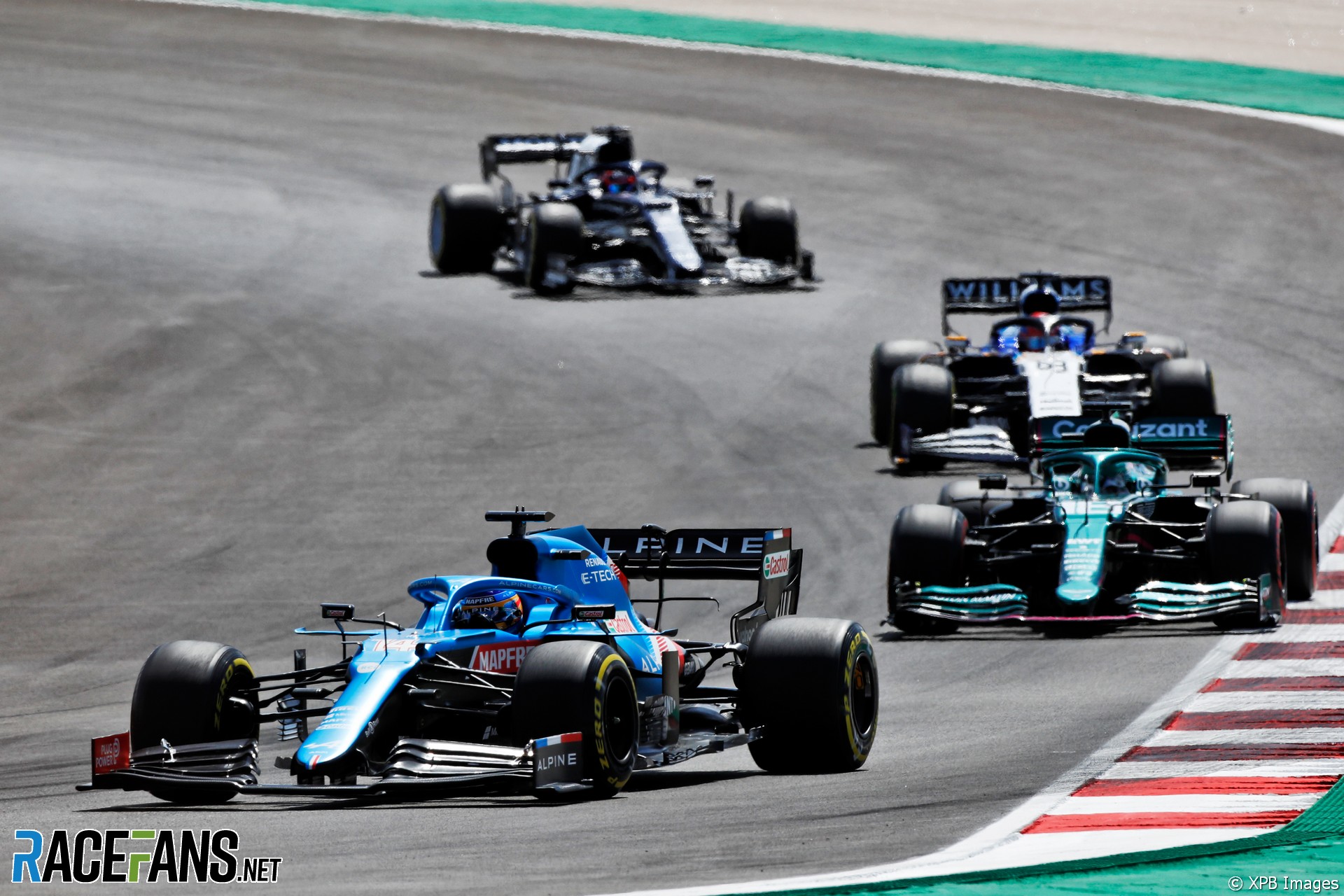 Fernando Alonso says it isn’t immediately obvious why Alpine enjoyed their most competitive weekend of the season so far in Portugal.

The two-times world champion finished eighth, one place behind team mate Esteban Ocon, in yesterday’s race. It was the best result of the season for both drivers so far this year, but Alonso admitted the team “don’t know yet” why they were so quick from the first session at the track on Friday.

“Generally it was a good weekend, not only the race,” he said. “I felt the car [was] much more competitive here than Imola and Bahrain.

“We were fighting with one McLaren, with one Ferrari, AlphaTauri. So definitely we were in a group that we were not able to be in Imola or Bahrain. So that was a positive thing.

“We felt competitive already from FP1, we were fifth in FP2, we could have been third in FP3. So it remains a little bit a mystery what happened in qualifying where I felt not comfortable, I felt not the same grip as any other session, unfortunately. And that compromised a little bit my race.

“But overall I’m very happy with the weekend in general and the step forward by the performance of the car. I think it was a good Sunday for us as Alpine being competitive more than any other race so far this year.”

The varied conditions and track layouts the teams have encountered so far this year make it hard to form an accurate view of how quick everyone is, says Alonso.

“We’re still discovering things on the car every weekend. We went into a very different circuit characteristics so far this year. Very different conditions as well from the heat of Bahrain and the slow speed corners with a combination of long straights to the damp Imola and now the windy Portimao.

“So I think we have to keep learning from the car and from our opponents as well, where they are a strong, where they are weak. And that will take more time, I think, for everybody.”

Alonso admitted he had “a lot of fun” and “good battles” as he worked his way forward from 13th on the grid. “In the first two races we were battling more towards the end of the midfield group, we had some battles with the Williams, with Alfa Romeo and the Ferrari, the McLaren, AlphaTauri, they were unreachable in Bahrain and here they were slower than us basically on the weekend. So that was good.

“Three races into the season, one retirement in Bahrain unfortunately, and two times in the points, so I cannot ask anything more. I’ve been learning and adapting to the team as quick as I can and still more to come. From three races, two times into points and one retirement, I think it’s a good start. But we need to get better.”

19 comments on “We don’t know why we were so quick in Portugal, admits Alonso”