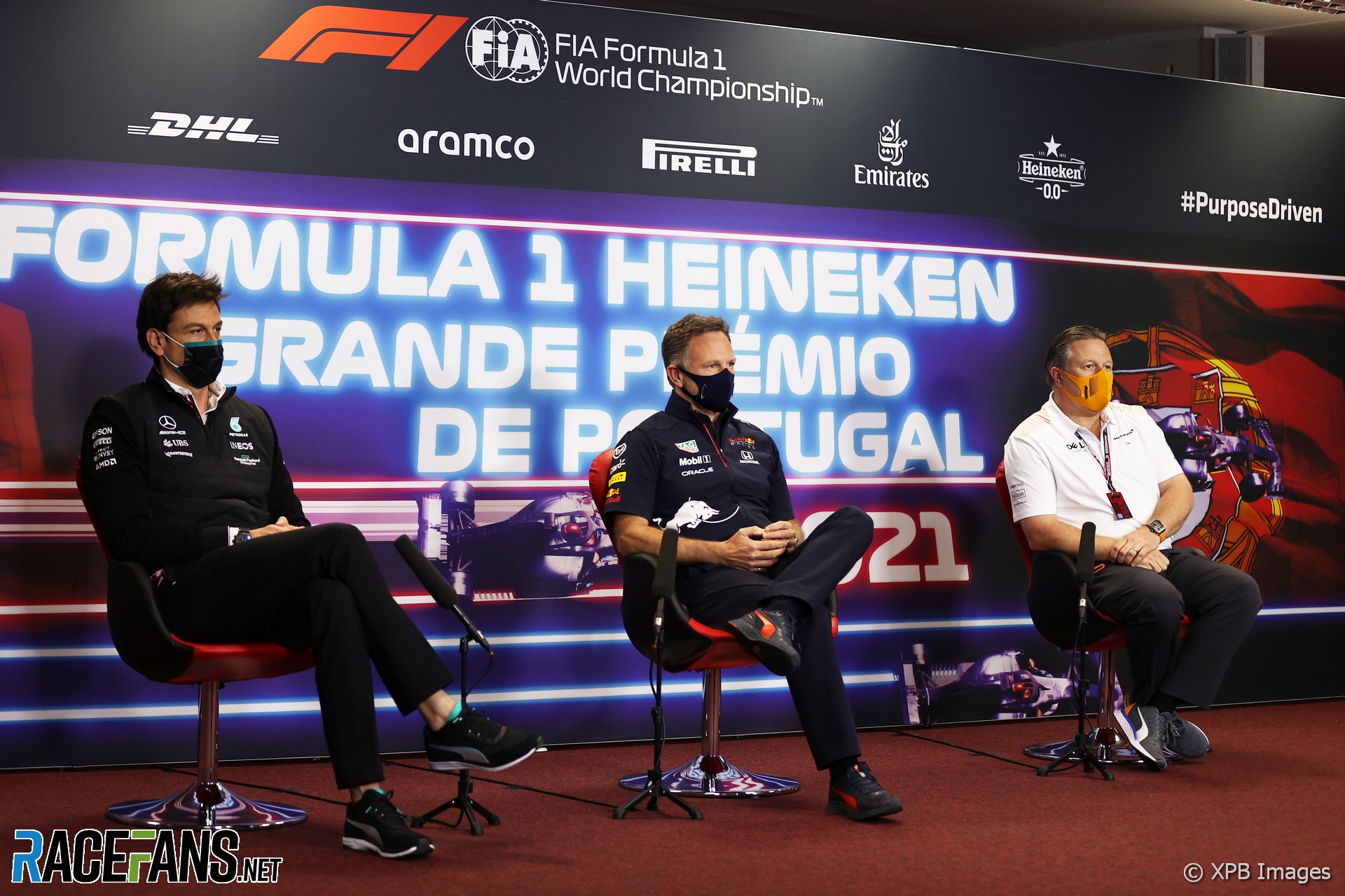 On Thursday afternoon McLaren Racing CEO Zak Brown published a treatise on his team’s website in which he both praised Formula 1’s response to the Covid-19 pandemic and urged the F1 collective to make certain changes to its modus operandi in the hope of delivering a fairer and more sustainable spectacle.

“There have even been instances when an affiliated team, to satisfy its bigger partner, has voted in favour of a clear disadvantage to itself,” he wrote. “This isn’t sport. This isn’t putting the fans first. It is a situation that must be addressed, and so we call for secret ballot voting [so teams could vote anonymously] to be implemented in all F1 Commission meetings with immediate effect.”

Although McLaren procures power units (only) from Mercedes – as opposed to, say, Aston Martin, which purchases full powertrains and last year extensively copied Mercedes’ 2019 car – the Woking-based team stresses that it is an independent constructor without allegiances, having operated thus since its founding in September 1963.

Brown’s open letter was discussed during Friday’s FIA press conference featuring several top team bosses. Most questions focussed on his call for secret ballots during regulatory voting. Yet, the processes followed are simply symptoms of potentially far wider abuses, namely collusion between teams who are linked, either directly via common ownership, or indirectly through commercial and supply agreements.

While there are no suggestions that collusion currently exists, there are few doubts that given current team alliances a system of secret votes would reduce the potential for teams to support major teams to their own detriment. These alliances are Mercedes with technology customers Aston Martin and Williams; Ferrari and its customers Alfa Romeo (Sauber) and Haas; and Red Bull with junior squad AlphaTauri.

Team bosses (and drivers) vehemently deny that they voted (or drove) against their best interests – but then they would maintain that, wouldn’t they? But political pressure can be a great debt leveller when times are tough, as they often are at the back of the grid. Historically some voting outcomes had been utterly predictable, and played out accordingly. Clearly alliances had played their parts during the process.

“We’ve seen certain situations in the past, ones that [Brown] referred to, where some teams seem to be voting against their own interests, and that’s not good for Formula 1,” said Alpine executive director Marcin Budkowski. His team, he stressed, has no such alliances nor, indeed, any engine customers.

“We need to keep the balance right if you want and you can’t have teams voting against their interests because of affiliations, as they call them,” he added.

Indeed, a secret ballot process – which would enable teams to vote for their best interests without being identified – already exists. But it has seldom been triggered despite being available to teams upon request.

“The secret ballot option is in the governance, has been in the governance for a long while,” confirmed Ferrari sporting director Laurent Mekies, a former FIA employee. “It’s just a fact that perhaps we didn’t use it very often or certainly in the last few years we haven’t done so. It’s good to be able to use it.”

Budkowski, too, is supportive of secrecy: “As an independent team we actually don’t have an issue with other people seeing what we are voting for because our positions are clear and well known to the FIA, F1 and the other teams. [We support secret votes] not because it’s going to change anything for us but because we believe every team should vote in their best interests, what’s best for them.”

That leaves Mercedes, and its associated teams, and the Red Bulls. Surprisingly to some, both spoke in favour of secrecy, albeit with some preambles. The former’s team boss insinuated that AlphaTauri votes in favour of Red Bull and added “Haas has gone the Ferrari way.”

“In our case, we have never tried to influence a team,” Wolff stated, adding: “Obviously things have been discussed when it was a common topic, like on the power unit.”

Christian Horner was more succinct: “It would be a shame to need to go behind a secret ballot – but a team has a right to request that. But if that’s what it needs to [obtain] independent votes, then we don’t have a major issue with it.”

That would appear to be it, then, what with all major players being united on this front albeit with some reluctantly agreeing to secrecy. Accordingly, there should be no reason for open votes in future. But secrecy is not the answer to all potential situations; it can be quite the opposite, in fact.

Concerns about team alignments has been brewing for a while now, with the latest spat involving Red Bull and AlphaTauri, said to have voted as a block during last week’s F1 Commission meeting against plans to introduce possible sporting penalties – such as grid place drops or points deductions – for breaches of the financial regulations.

“A large group of teams, seven out of 10 teams, voted in favour of introducing sporting penalties for financial cap infringements,” Wolff said on Saturday.

“At the moment, there are only financial penalties. And three teams voted against it, saying ‘We’ll take a financial penalty, but we don’t want to have a sporting penalty.’”

The third team to have voted against the proposal is believed to be Ferrari – which suffered enormous pain during the transition from open budgets to the $145m spend limit introduced this year – although its two satellites did not support their supplier’s stance, being well below the cap.

Red Bull, too, was forced to cut back ahead of this season, which sees it as odds-on favourite for both titles. Any sporting penalties would clearly hurt this quest, but AlphaTauri operates well below the cap – which had been long supported by team boss Franz Tost. This raises questions as to whether his crucial vote – seven out of 10 was the tipping point – was used to protect the sister team. Hence the unhappiness in the Portimao paddock.

Co-operation between teams can extend well beyond regulatory matters, and could potentially be used to, for example, provide sporting advantages – as the fall-out from the George Russell-Valtteri Bottas accident a fortnight ago illustrates. The former, a Williams driver, spoke with Wolff following the collision, and this week stated that he views the Mercedes racers as “team mates as Nicholas [Latifi] is.”

Taken to extremes – and F1 is an extreme activity – this could be taken to imply that Russell is prepared to compromise his own race to aid the Mercedes duo should he be in a position to do so, which could in turn be interpreted as race fixing.

The potential for undue technical co-operation, too, is a concern – as outlined here. With F1 being totally data-driven and teams sharing modelling software the slightest hints between allies could translate into enormous gains in lap time, yet the conversations could be totally undetectable.

Secret ballots are a step in the right direction, but in real terms they are no more than a scratch on the surface.