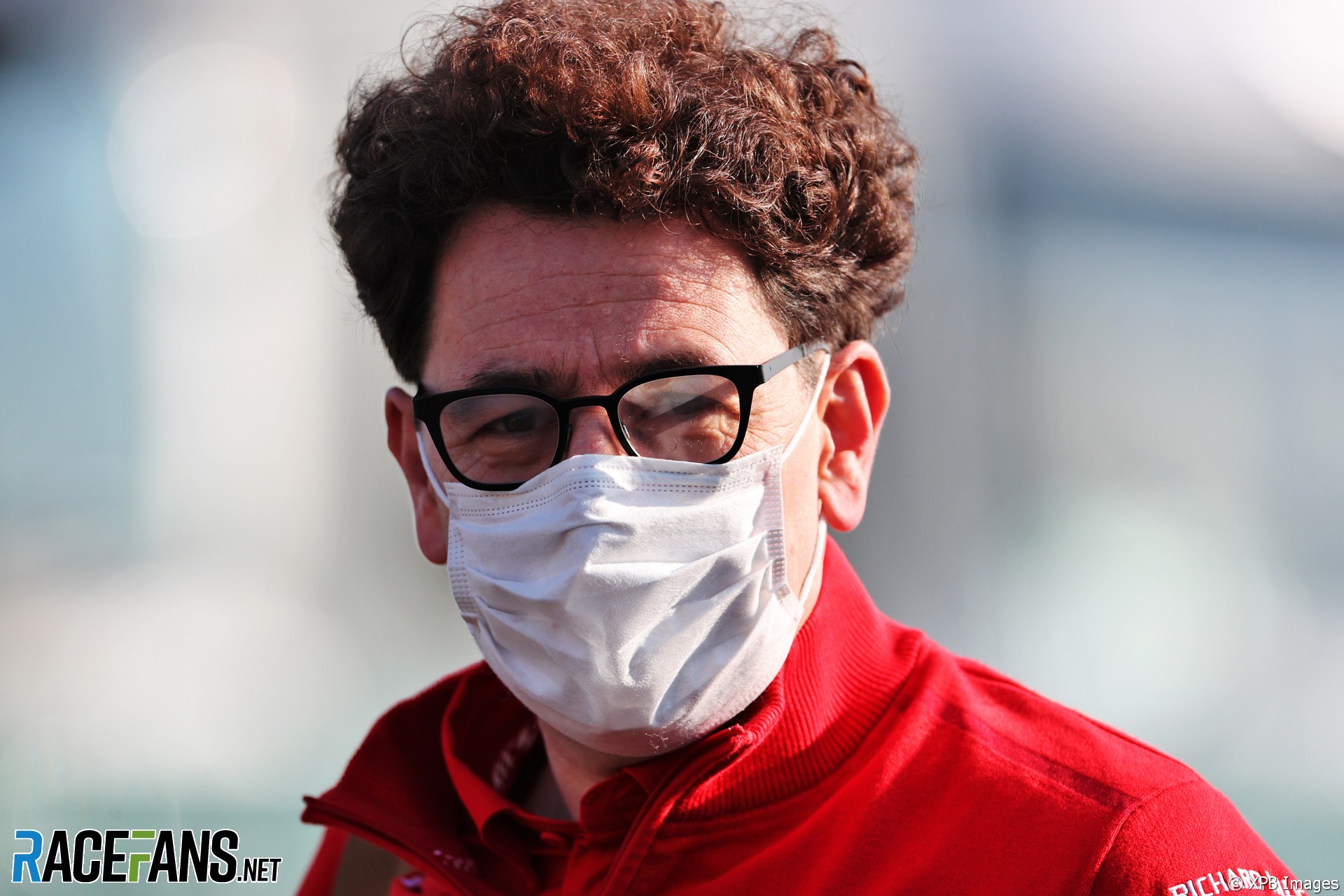 In the round-up: Ferrari team principal Mattia Binotto says few further updates will arrive for this year’s car as they are already focusing their development effort on next season.

Ferrari focused on 2022 since year began

With extensive new technical regulations arriving for the 2022 F1 season, all teams face a balancing act of when to commit their resources to next year’s championship.

The decision has been made more complicated by the introduction of both new Financial regulations – the budget cap – and an aerodynamic development handicap. The latter allows teams which finished lower down the constructors’ championship last year to do more development during this season.

Speaking after Sunday’s Emilia-Romagna Grand Prix, Binotto said Ferrari was sufficiently satisfied with the progress it has made since its poor 2020 campaign to throw its weight behind a major development push for next season. As it finished sixth out of 10 teams last year, Ferrari will be permitted more development time than the majority of its rivals.

“I think the car for 2021 is where we were expecting, so good correlations with our data,” said Binotto. “Which is great.

“Is it time to switch to 2022? We already switched from January. So the team is already focussed on next year. We will have still some development on 2021 but that’s not our priority.”

McLaren has completed the sale-and-leaseback of the McLaren Group Headquarters, which includes the distinctive McLaren Technology Centre which is home to its Formula 1 team, in a 20-year, £170 million deal. Global Net Lease confirmed yesterday it is the buyer.

GNL CEO James Nelson said the Norman Foster-designed buxilding was a “world-class facility” which is “the type of mission-critical, net-leased properties that make up the GNL portfolio.”

Those were the days 🙏🏾 pic.twitter.com/UKh1JJEzcU

"The FIA and all 10 Formula 1 teams are expected to meet tomorrow to discuss the final details relating to the proposed introduction of sprint races."

Brundle: The promise of an F1 battle for the ages and Imola's Russell-Bottas crash (Sky)

"I agree with the stewards that it was largely a racing incident given the track conditions. I can't see any blame for Bottas, and Russell needs to carefully consider if he should have seen the peril unfolding, backed out and waited for a less risky move, and also how he behaved after the shunt with his words and actions."

There were two good reasons to user a rolling restart instead of a standing one last weekend, says @Stefmeister:

The bigger reason not to do a standing start for me wouldn’t so much have been the damp patches on the run to Tamburello, but more the damp patches on the grid. You would have had some drivers starting on a dry spot and others on a damp spot which would likely have resulted in a good chunk of the grid been severely disadvantaged.
@Stefmeister

Happy birthday to Vincent, The Kef, Cyberaxiom and Dylan Mota!