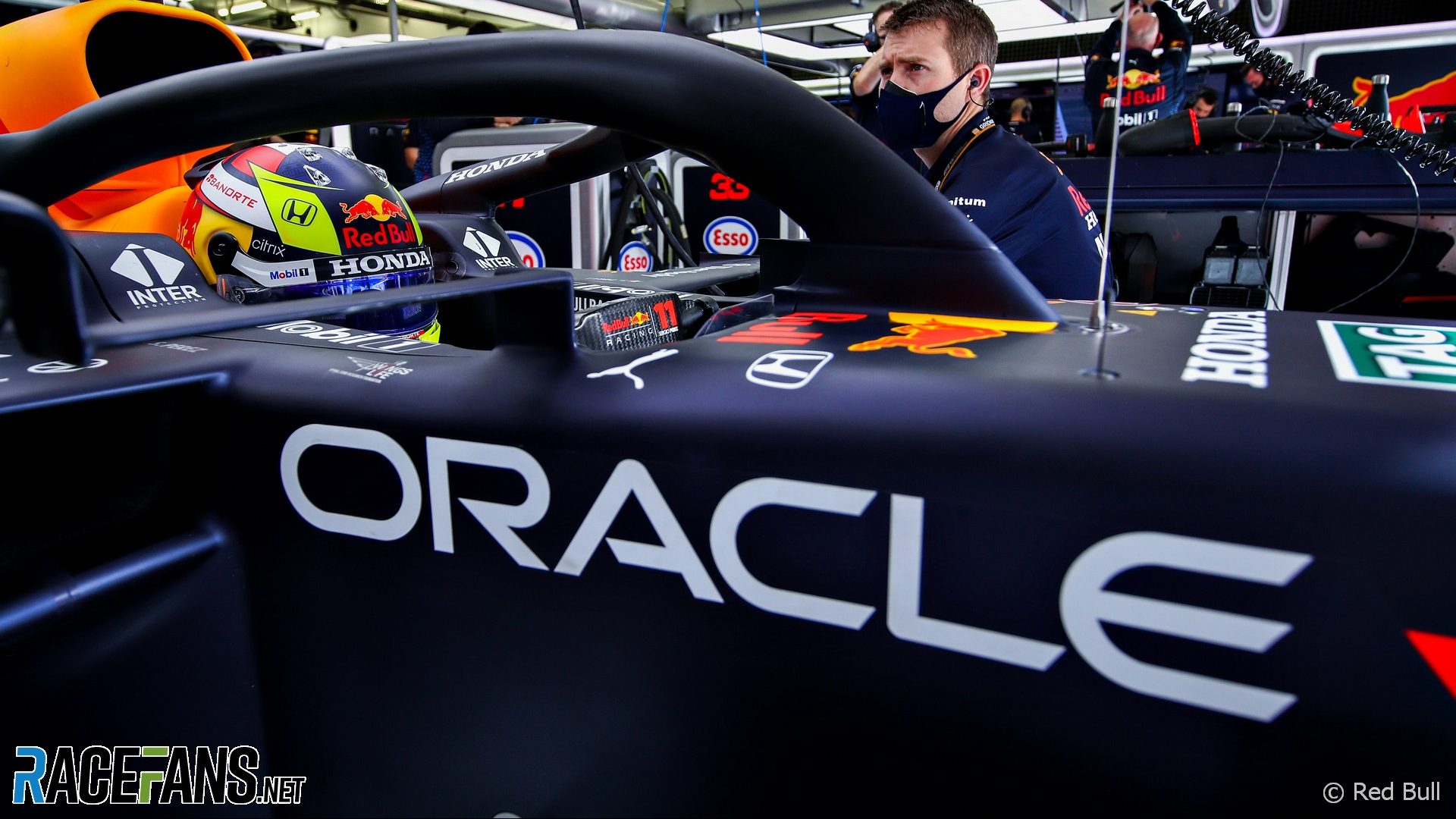 According to the European Sponsorship Association in the overall sector dropped 23% in 2020, the first fall in over a decade. The survey, conducted in conjunction with Nielsen Research, found that sports sponsorship dropped by 9%, while the music industry experienced a contraction of 70% – no surprise given the live performance nature of the sector, which was obviously hit particularly hard by Covid-19.

Yet, all pointers are that motorsport – in particular Formula 1 – seems to have bucked that trend, with all ten teams announcing new partners or extensions to existing deals, with a number of partnerships confirmed during the build-up to the second round held in Imola.

Aston Martin F1 Team arguably shades the grid, having in September appointed Jefferson Slack to the newly created position of managing director for commercial and marketing. No sooner had the American – who guided Michael Jordan in basketball before working in sports investments – slid his feet under the desk than a raft of deals were struck, including that of IT giant Cognizant as title partner at an estimated $35m/season. season.

“IT is the future of Formula 1,” Stroll told RaceFans in February in an exclusive interview. “It’s the Internet of Things, it’s cloud computing, it’s digital engineering, it’s data analysis, it’s [artificial intelligence]. We’re building a new [F1] factory; I want it to be a smart factory, 5G. The most important partner one can have in Formula 1 today to make a true contribution to the team is an IT partner.”

Not be to be outdone, during the Bahrain Grand Prix Red Bull announced the return of software giant Oracle to F1 – the company sponsored Benetton during the early 90s – in a deal said to rival that of Cognizant, then confirmed an extension to its TAG-Heuer deal through to end-2024.

Concurrently Mercedes announcing software house TeamViewer as major partner; crucially, all three companies considered wider sport sponsorships, so the teams needed to sell both F1 as a platform and their own merits.

McLaren, too, enjoyed a bumper off-season after CEO Zak Brown extended a number of partner agreements – the team now boasts over 30 partners and 12 official suppliers, although a title sponsor eludes the team. However, last year McLaren sold an initial 15% holding – rising to 33% by end-2022 – to US sports investment fund MSP, thus valuing the team at almost $700m and pointing to F1’s commercial potential.

“I think the Formula 1 grid is probably the healthiest and wealthiest it’s ever been,” Brown said in Bahrain.

This ‘health and wealth’ extends down the grid, albeit to greater or lesser degrees. For example, the security created by the sale of Williams to Dorilton Capital enables the team to attract external commercial sponsors and funding from brands within the US-based investment fund’s network of companies. Haas announced a number of partners unrelated to title sponsor Uralkali, controlled by driver Nikita Mazepin’s father Dmitry.

Indeed, including deals either struck or extended at F1 corporate level – F1 commercial rights holder Liberty, for example, announced Saudi oil giant Aramco and betting website Bet188 last March plus the Ferrari Trento sparkling wine and a cybersecurity company earlier this year – the sport could justifiably claim to collectively have sealed more deals since Covid hit the world than in any season during the past decade.

In total Liberty boasts 16 corporate partners, ranging from the $40m-plus trio of Heineken, Aramco and Emirates to a handful paying one-tenth that per year. RaceFans estimates that Liberty’s partner income exceeds $220m annually.

The reasons for this commercial interest are as varied as the sectors attracted by F1, but credit is due in no small part to its resilience during the pandemic: F1 was the first global sport to return to action, and last year managed to cram three-quarters of its planned fixture list into six months. Not only were existing sponsors hugely impressed, but brands desperate for global TV audiences, and, crucially, with cash to burn paid attention.

“Formula 1 and the teams came together really well during Covid-19,” believes Brown. “The financial impact on revenues was effectively, at least speaking for McLaren, offset by a reduction in cost [due to less races and fewer travelling staff and regulatory cost-cutting measures].

“So, while we had a revenue shortfall, we did a great job of saving money so we actually didn’t have any bottom line impact.”

One of F1’s major advantages is that space available for commercial messages is at the heart of the action – mainly on-car – and is obviously larger than on football shirts or tennis clothing. Indeed, teams are able to increase or add logos or even offer sponsors a second brand, a tactic pursued by McLaren as it sought to retain sponsors by keeping them sweet despite fewer races and no (or reduced) trackside audiences.

Then, the move to greater sporting, technical commercial parity from 2022 as outlined in the current (2021-25) Concorde Agreement means that sponsors can back a team of their choice secure in the knowledge that they have a fighting chance to be seen on TV or from the grandstands. These are now dipping their metaphorical toes in the water ahead of next year’s change-over.

F1’s hybrid engines and sustainability thrust have ensured the sport remains ‘in tune’ with global trends – regardless of increasing sales of full battery vehicles, hybridisation still accounts for the majority of car sales – while the sport’s commitment to 100% non-fossil fuels from 2025 makes it attractive to sponsors who had shied away during F1’s gas-guzzling days.

Ditto F1’s ‘We race as one’ diversity initiative. “Since 2017 we have attracted a 41 per cent growth of our fanbase under the age of 35,” says Ellie Norman, F1’s marketing director, who puts this growth down to recent “sustainability, diversity, inclusion and community drives.” These messages are broadcast globally every fortnight.

“One of the trends that we’re seeing in F1 is with the emergence of new technologies, new countries, and new companies to use it as a great platform to, as we say, get famous fast,” says Brown. “Some of the more recognisable brands, they don’t need the brand awareness. They want the content that the sport creates and the drivers create.”

This ‘content’ goes beyond traditional televised fare, for F1’s social media drive, e-sports and the Netflix ‘Drive to Survive’ series have brought the sport to new and diverse audiences, in many instances in new territories. Where brands would usually pay a small fortune to ‘place’ their products before audiences, F1 provides this visibility as an included component while turning teams and drivers into household names.

“I think Netflix has been great for F1,” believes Brown. “It’s been trending number one,” he said, adding, “I think it was number one in 25 countries. The primary goal of Netflix is to entertain and bring new viewers to F1. It’s accomplished that ten-fold, which is great.”

This points to a sport no longer dependent on the whims of car companies or largesse of billionaires, all while attracting new fans. True, Mercedes and Renault (Alpine) are on the grid, and Stroll is a billionaire, as are Gene Haas and Red Bull/AlphaTauri owner Dietrich Mateschitz and Sauber boss Finn Rausing, but at least they can expect reasonable returns on their respective investments rather than viewing F1 as a bottomless pit.

This in turn provides badly needed stability, in turn feeding further growth precisely at a time when F1 faces an onslaught from electrification. Whoever would have thought that Netflix, social media platforms and e-sports would ultimately prove to be F1’s saviour?