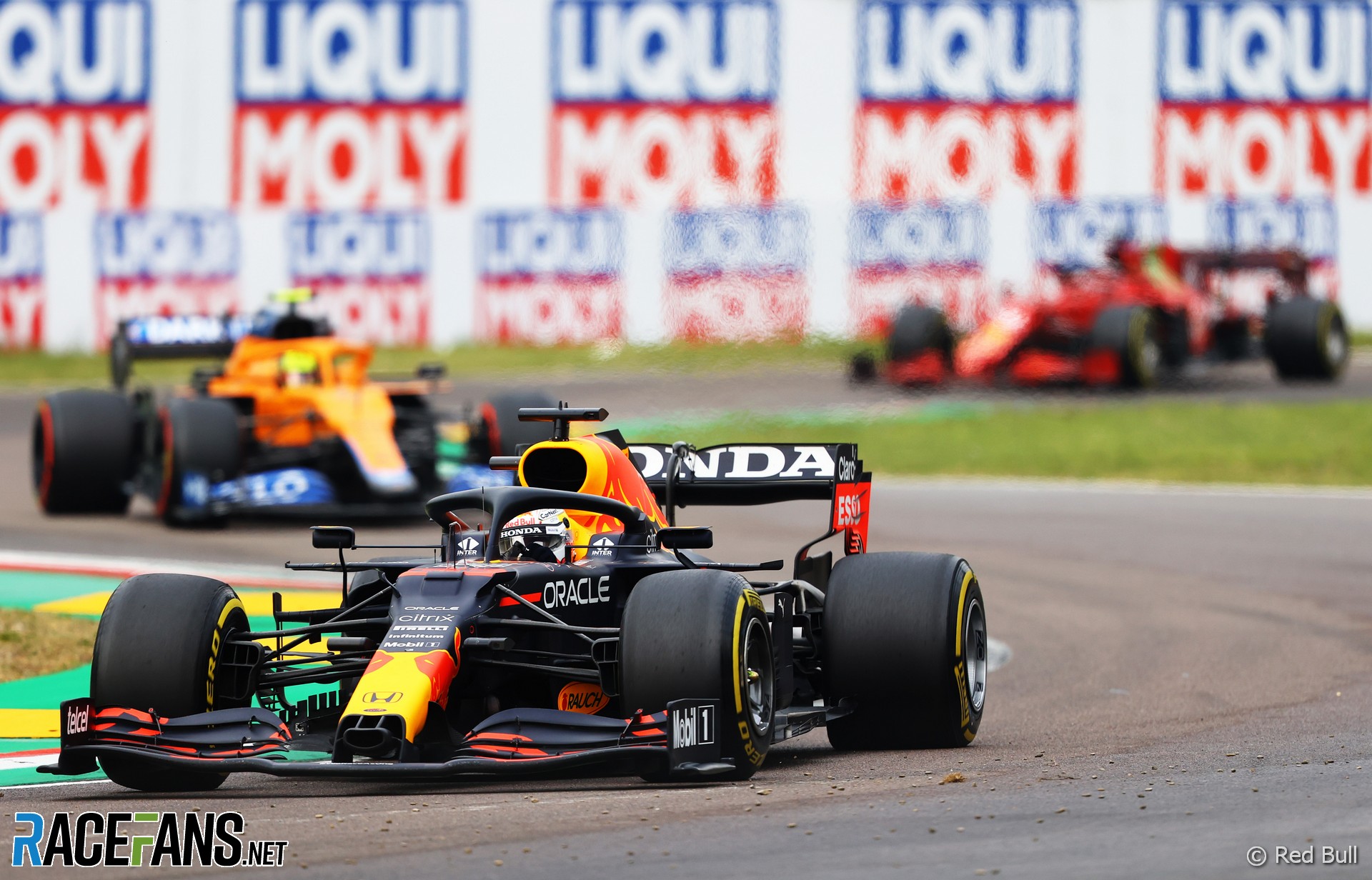 Charles Leclerc said he was unsure whether he should have passed Max Verstappen when the Red Bull driver spun off the track in front of him before the final restart in yesterday’s race.

However Lando Norris, who was running behind the pair at the time, said he would have leapt at the opportunity.

Verstappen was leading the queue of cars ahead of the restart of the race when he skidded off the track at Rivazza 1. Leclerc slowed down and allowed Verstappen to lead the queue.

“I had a great view of it,” said Norris. “It was quite funny actually.

“I think Charles could have gone past him in my opinion. At that stage Max was out of control and going left and Charles kind of just hit the brakes and slowed down and stopped. At some point he has to go past Max because he was facing the barrier for a lot of the corner.”

Although drivers are not allowed to overtake rivals during Safety Car periods, they may do so if a driver leaves the track, which Verstappen briefly did. Norris, who had a lap time deleted in qualifying for exceeding track limits, said yesterday he would have taken the chance to lead the race.

“We have to maybe ask the guys in charge what the exact ruling is for going off, as off-track, all four wheels off the track and example of yesterday – but at the same time Max was going very slow. Charles could have driven past him at the point.

“I’m not sure. I think if I was in P2, I would have gone for it, because you have a chance at winning then. It’s a risk worth it.”

Leclerc said he “considered” overtaking Verstappen, but said he had done the right thing by holding his position.

“I considered this at one point, but at the same time I backed off. I think looking back at it, it was the right choice, because I think he always had one wheel on the track.

“So I backed off because he didn’t completely spin, obviously, as we’ve seen. I thought about it, but it was too late then, he was already back in front.”

FIA race director Michael Masi explained that had Leclerc passed Verstappen, the Red Bull driver would have been entitled to reclaim his position before Safety Car Line One, which was situated between Rivazza 2 and turn 19 at Imola.

“After a [race] suspension, it is considered a race lap, but in the same sort of principles as a formation lap,” he said. “So if a car was out of position, it would be like a formation lap that they can regain that position as long as it’s before [the Safety Car One line], is the general principle is the way the regulations are worded.”

Verstappen did not expect Leclerc to pass him when he went off. “I was off track for a bit, but once I was back on the track of course I was driving slow because I was recovering, getting my steering wheel straight,” the Red Bull driver explained.

“But then I don’t think you can pass any more. I think when you see a car drifting like that in front of you, first of all I think you just back out, because you don’t know where it’s going to go.

“It’s seconds. Maybe you have a chance of two or three seconds to do it. It’s so tricky out there with tyres. You don’t want to also react to it – maybe you spin yourself. It can happen.”