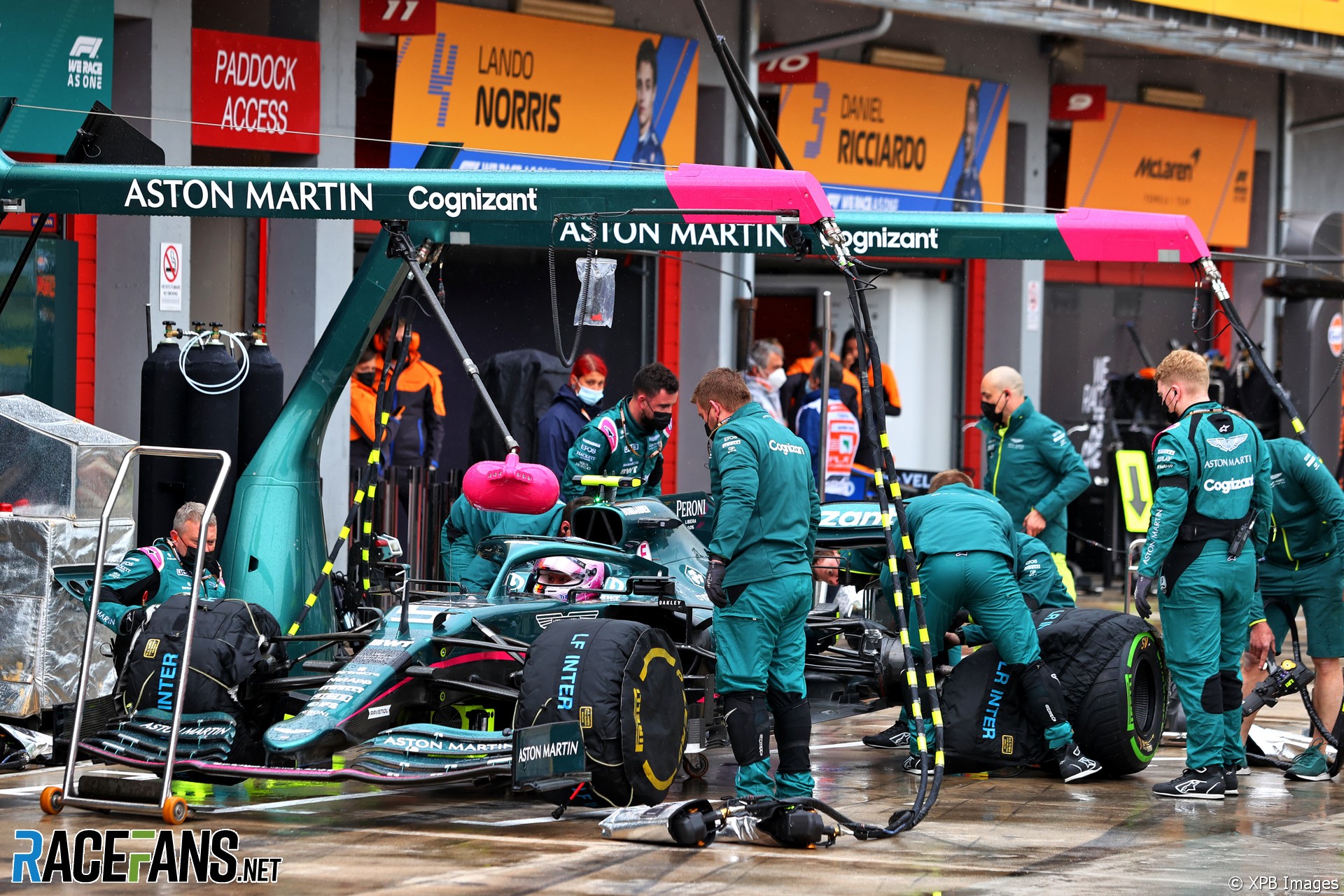 Sebastian Vettel was unimpressed with how long it took the FIA stewards took to hand him a stop-go penalty for a rules violation which occurred before the race began.

Aston Martin had not fitted tyres to his car ‘five minutes’ signal was given prior to the start of the race, in violation of the rules. This was because Vettel’s team was working on a brake problem which affected both their cars during the reconnaissance laps.

While Lance Stroll was able to take his place on the grid, Vettel had to start from the pit lane so further work could be done.

“Obviously the guys tried everything on the grid and I think they did really well,” Vettel told Sky. “So they were really alert. But I think we could have had a better race if the FIA was more alert.

Vettel was given a 10-second stop-go penalty, which he served on lap 22, in line with rules requiring drivers to serve such penalties within three laps of being issued.

“We broke a rule, that’s why we got a penalty” said Vettel. “They didn’t bother [issuing it] until way into the race. So by that time the penalty cost a lot more than it would have earlier in the race.

“So that’s not very professional. But it certainly wasn’t a decider for us today.”

“I don’t know about taking longer than it should have,” he said in response to a question from RaceFans.

Both Aston Martin drivers later suffered gear selection problems. Vettel was eventually asked to retire his car with two laps to go while running outside of the points.

“We had plenty of issues,” Vettel summarised. “Not a trouble-free race that we were hoping for. Tough day.”