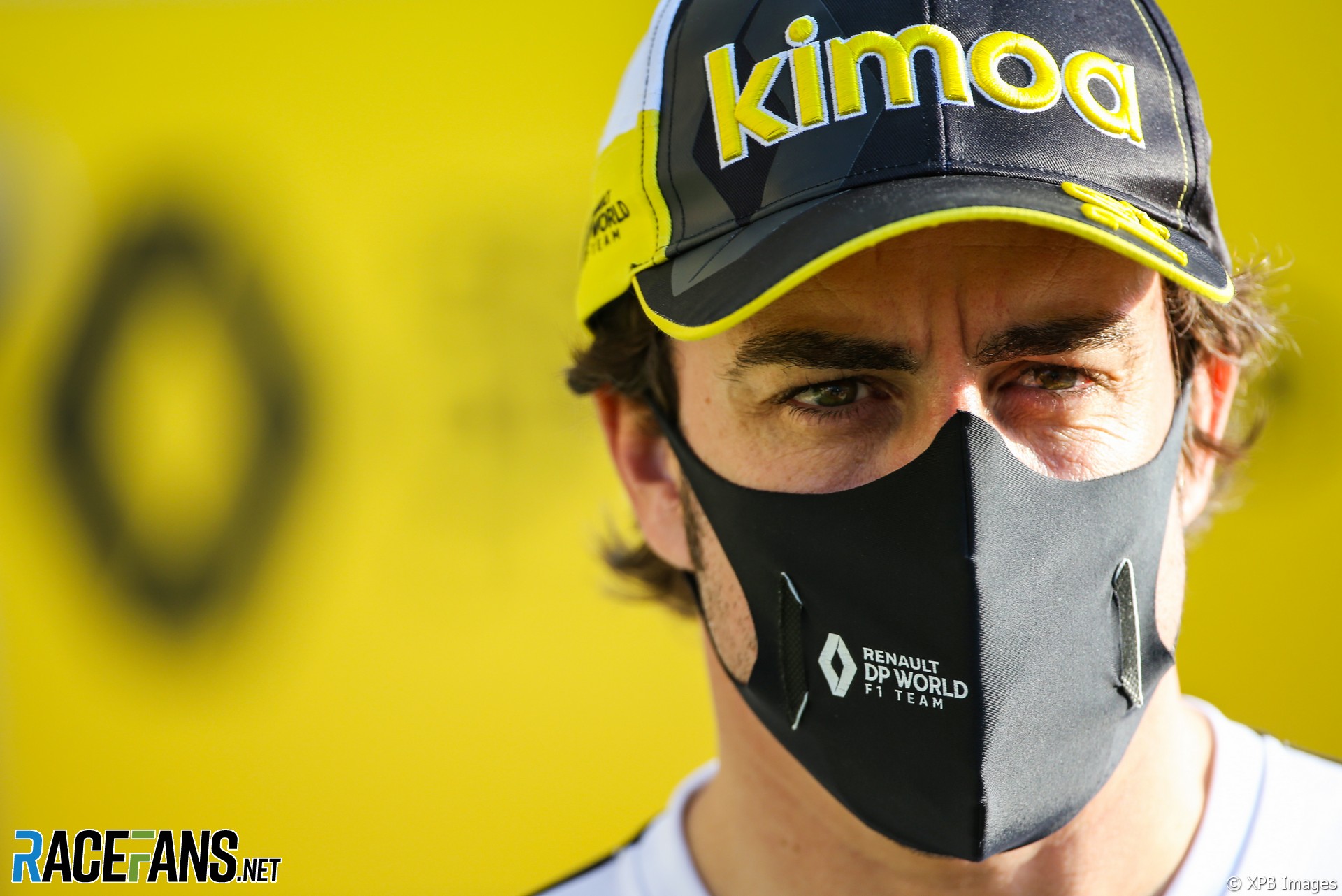 Fernando Alonso, who fractured his jaw in a cycling accident earlier this month, will not attend Alpine’s launch event next week, the team has confirmed.

The two-times world champion, who is returning to F1 this year after missing the last two seasons, injured his jaw in a collision with a car while he was cycling in Switzerland two weeks ago. He had surgery on his upper jaw and spent 48 hours under observation before being released from hospital on February 15th.

Alpine ran a Renault RS18 chassis in a test at the Paul Ricard circuit on two days earlier this week, which Alonso did not participate in. Test driver Christian Lundgaard and Alonso’s team mate Esteban Ocon shared the car.

The team has now confirmed Alonso will not be present during their team launch on Tuesday next week. The event is being held online due to Covid-19 restrictions.

“We regret to confirm that Fernando Alonso will not be present for the media Q&A on this occasion,” the team stated. “The sanitary situation and corresponding regulations in place do not allow him to do any communications and marketing activities while he undertakes his critical season preparation.”

The team is due to join its rivals for pre-season testing at the Bahrain International Circuit from March 12th to 14th.