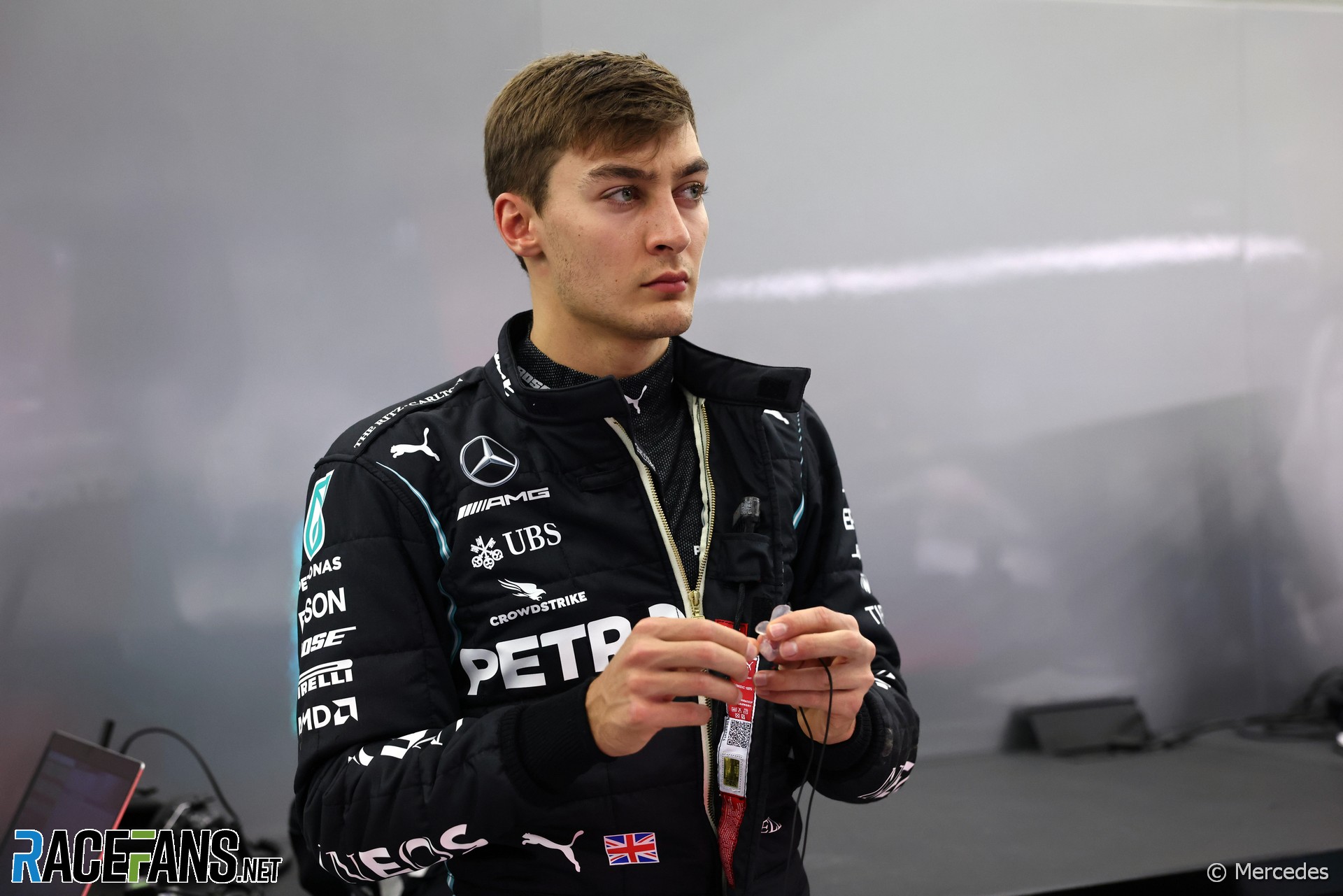 Lewis Hamilton’s contract negotiations with Mercedes will have been compromised by his absence from the penultimate race of last season, Mark Webber believes.

The seven-times world champion missed the Sakhir Grand Prix after testing positive for Covid-19. Mercedes junior driver George Russell substituted for him and led much of the race before a pit stop error and puncture dropped him back.

While Hamilton is widely expected to agree terms with Mercedes to race for them again in the 2021 F1 season, Webber pointed out Russell’s strong showing in his car will weaken Hamilton’s ability to command the maximum possible price for his services.

“The timing for Lewis was was just horrible,” Webber told the At The Controls podcast.

“I drove 1,000 days in a Formula 1 car with testing and practice and grands prix and weekends. The whole thing put together over 12 years, if you look at how many actual physical days in the car, I think I had three days off, because I don’t want anyone near my car.

“You’re just trying to look out for your own share price. You don’t want people to have exposure to your material and your people. And it’s such a cutthroat industry. Even someone like Lewis, that was all downside for him, generally.”

Webber believes Russell performed well enough for Mercedes team principal Toto Wolff to use it to his advantage in his negotiations with Hamilton.

“George drove well. Yes, it was the easiest track in the world. It wasn’t exactly Suzuka. But he still drove brilliantly in a compromised, ergonomically, environment in the car.

“Toto certainly likes the tightrope in terms of playing the game with lots of different things in the pit lane. And that was another one where it looks like it’s come out in his favour.”

Hamilton’s new Mercedes deal could also be complicated by the possible introduction of a driver salary cap in the future, Webber added.

“Obviously him and Toto enjoy a very good relationship. I think that they would have liked to have been nipped in the bud by now.

“But obviously the timing around certain things, particularly his virus right at the end and this [salary] cap, which is coming in for drivers in the future, whether that’s going to clip him in the back part of his [deal] – depending on how long the term of the contract is of course, it’s not going to be starting next year – but looking at how that would potentially challenge the back end of his contract in terms of how the numbers would look. So I’m sure that’s all on the table.

“He wants to [extract] every single opportunity you can, financially, out of the situation because he believes he has a value and he does. He brings a lot to the sport, he brings a lot to Mercedes. He is box office and he wants that to be recognised.”