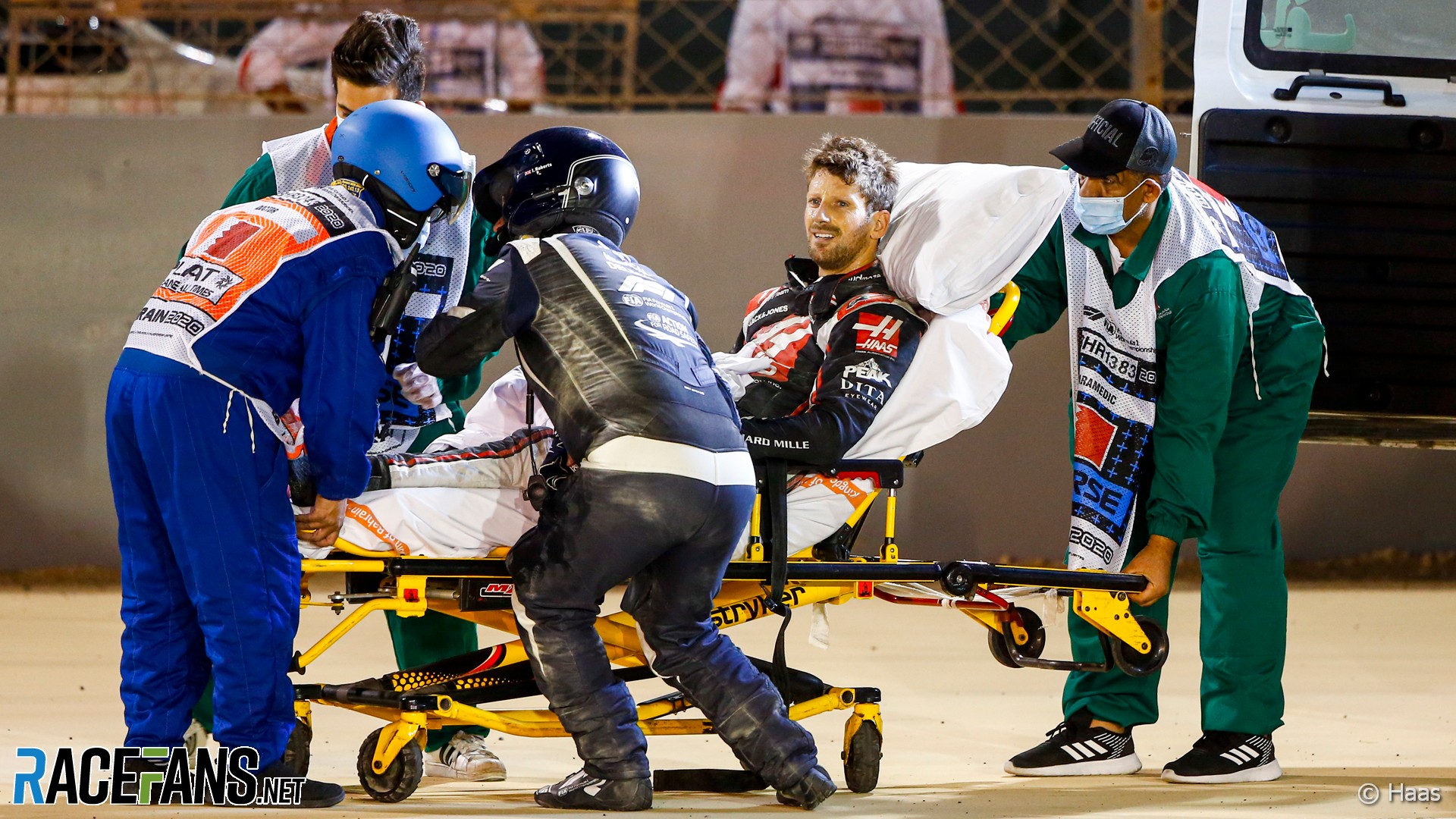 Romain Grosjean believes important lessons can be learned from his fiery crash in Bahrain last month, starting with why he didn’t pass out in the huge impact.

The FIA is investigating Grosjean’s enormous crash which occured on the first lap of the Bahrain Grand Prix following contact between his Haas and Daniil Kvyat’s AlphaTauri.

Grosjean’s chassis was ripped in two when it struck a guardrail at over 53G. The barrier gave way and his car caught fire. The driver was able to free himself and escape from the conflagration within 28 seconds of the crash occuring.

Speaking in a video released on social media Grosjean said some “grey areas” remain over exactly what happened in the crash. He said the fact he did not pass out, despite the severity of the impact, was crucial to his survival.

Grosjean has previously described how he feared for his life as he struggled to escape from his burning car.

“You shouldn’t be as aware as I was. And that saved my life. But I would like us to understand, with sensors on the brain when there’s an incident, what can we do better on the helmet and headrest and safety and everything that the driver, even with a big impact, stays well conscious and well aware of whatever he has to do.”

F1 can learn “many more” lessons from the crash, Grosjean believes. “There are many things we learn from an incident. In my case we are lucky that I am alive, that I can talk and that I remember everything.

“I’m not sure it’s a good thing for me, but I do remember everything and I believe some grey areas from safety in motorsport already have been kind of understood, and I see more.”

Almost a month on from the crash, Grosjean’s burned left hand is still in bandages. He says recent innovations in safety technology including the Halo, stronger chassis and fire-resistant clothing are why his injuries were not even worse.

“Without the Halo – and it’s not big news that I was completely against the Halo when it came into Formula 1 – I wouldn’t be here to talk to you. I think that was one of the biggest safety measures brought in the last few years.

“Also the overalls, this year the regulation has been changed for fire resistance and brought up by 10 seconds. The regulations say 20 seconds, I stayed 28 seconds into the flames, escaping with a minor burn on my right hand and a bit more severe – but nothing too bad – on my left hand.