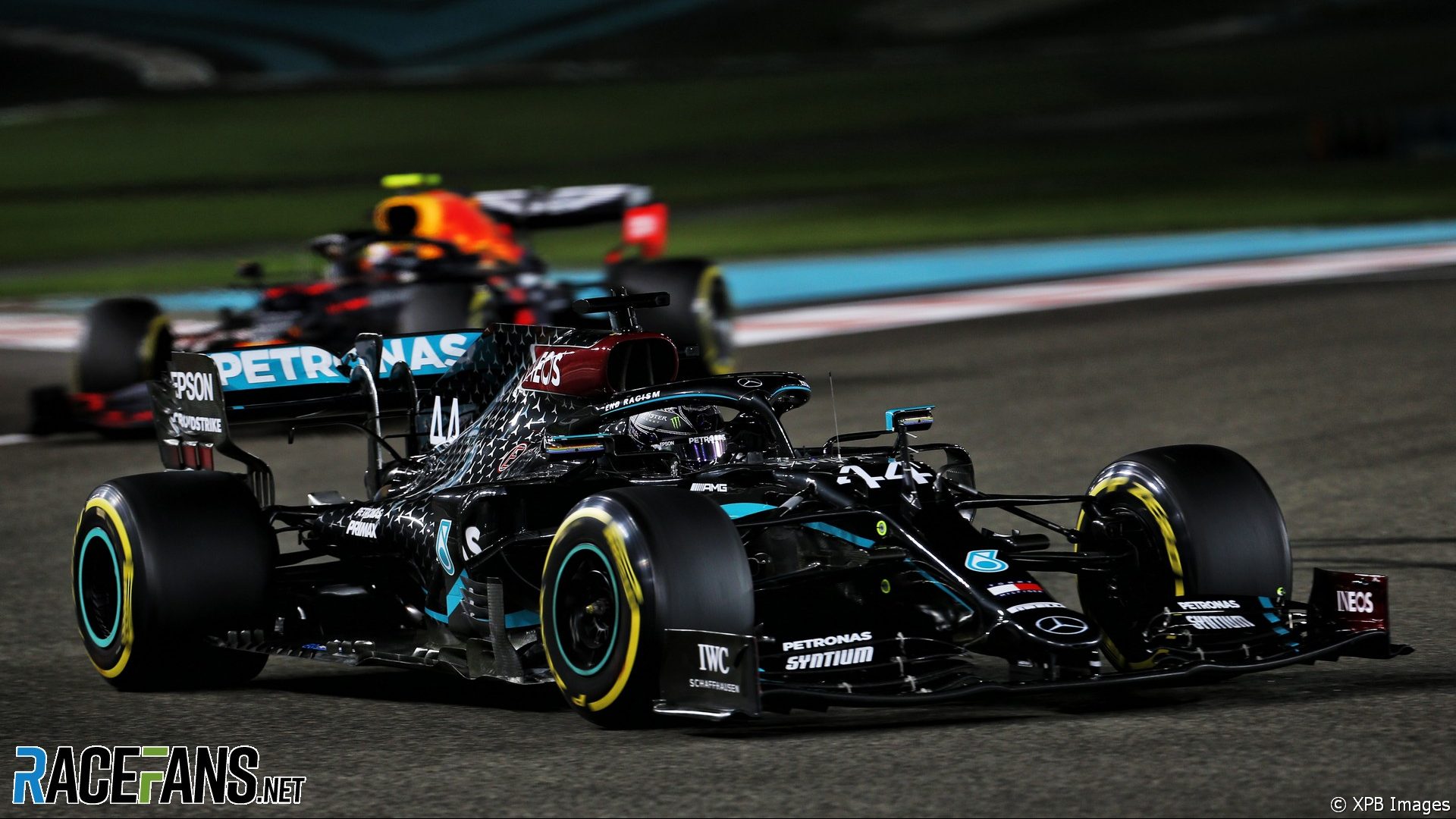 With the final qualifying session of the 2020 F1 season in the books we can answer the question: Who had the quickest and slowest cars this year?

Discarding the Turkish Grand Prix, where a very low-grip track surface plus rain equalled wildly unrepresentative lap times, we can assess how each team performed over 16 rounds on 14 different courses. We can split the field into three broad groups.

Starting at the back we find the three stragglers: The two Ferrari customer teams plus Williams. Unless the latter can nab a top 10 finish tomorrow they will end the season point-less despite having produced a more competitive car this year, which George Russell used to make several forays into Q2.

The midfield featured an unexpected addition this year in the form of Ferrari. At the end of their worst season in decades, Ferrari ranked fifth out of the 10 teams in pure performance. But the striking thing about this group of five teams is how closely matched they have been. Over the course of an entire season, the performance gap covering 10 cars was less than half a percent of lap time.

If only the front of the field was so close. Red Bull have steadily closed the gap on Mercedes over the course of the season, the proof coming with their first pole position of 2020 in the final race of the year. But having been over 1% slower than their rivals in many of the early races, they had a long way to come.

Mercedes therefore topped the 2020 ranking, comfortably ahead of Red Bull, who had a similar margin over the midfield. Racing Point’s controversial Mercedes-aping RP20 proved the third-quickest car of the year. McLaren, Ferrari, Renault and AlphaTauri were close behind. For Alfa Romeo, Williams and Haas – the latter bringing almost no developments to their car this year – the midfield was too far ahead for them to score in most races.

Red Bull’s pole position wasn’t the only surprise in qualifying. McLaren enjoyed by far their best performance of the season. Having been 1.4% slower than the pace-setters prior to this weekend on average (Turkey excluded), at Yas Marina their deficit is just 0.26%.

McLaren team principal Andreas Seidl was at something of a loss to explain where the performance has come from. “Looking at the qualifying today, but I think also looking at the at the whole weekend so far, we had a competitive car from the first run onwards on this track,” he said.

“Lando [Norris] was feeling comfortable with the car all weekend and in the end he was building it up over qualifying and simply did a brilliant lap, probably one of the best laps he did in qualifying since he [became] a Formula 1 driver. It ended up in this great fourth place.

“Regarding the gap to both the Red Bull and the Mercedes, to be honest, I simply need to wait for more analysis to understand if they had any specific issues in their qualifying sessions.”

Ferrari also have some encouragement at the end of a hard season. This weekend is the third time in the last four races they’ve been within 0.7% of the pace, a significant step forward from the beginning of the season, which bodes well for their 2021 campaign.

Another unusual feature of this weekend is that most of the midfield teams improved their lap times compared to last year, while the 2019 front runners did not. Mercedes were almost half a second slower than they had been 12 months ago; Red Bull and Ferrari were also slower.

If you've enjoyed RaceFans' motor sport coverage during 2020, please take a moment to find out more about our Supporter Drive.

We're aiming to welcome 3,000 new Supporters to help fund RaceFans so we can continue to produce quality, original, independent motorsport coverage. Here's what we're asking for and why - and how you can sign up: