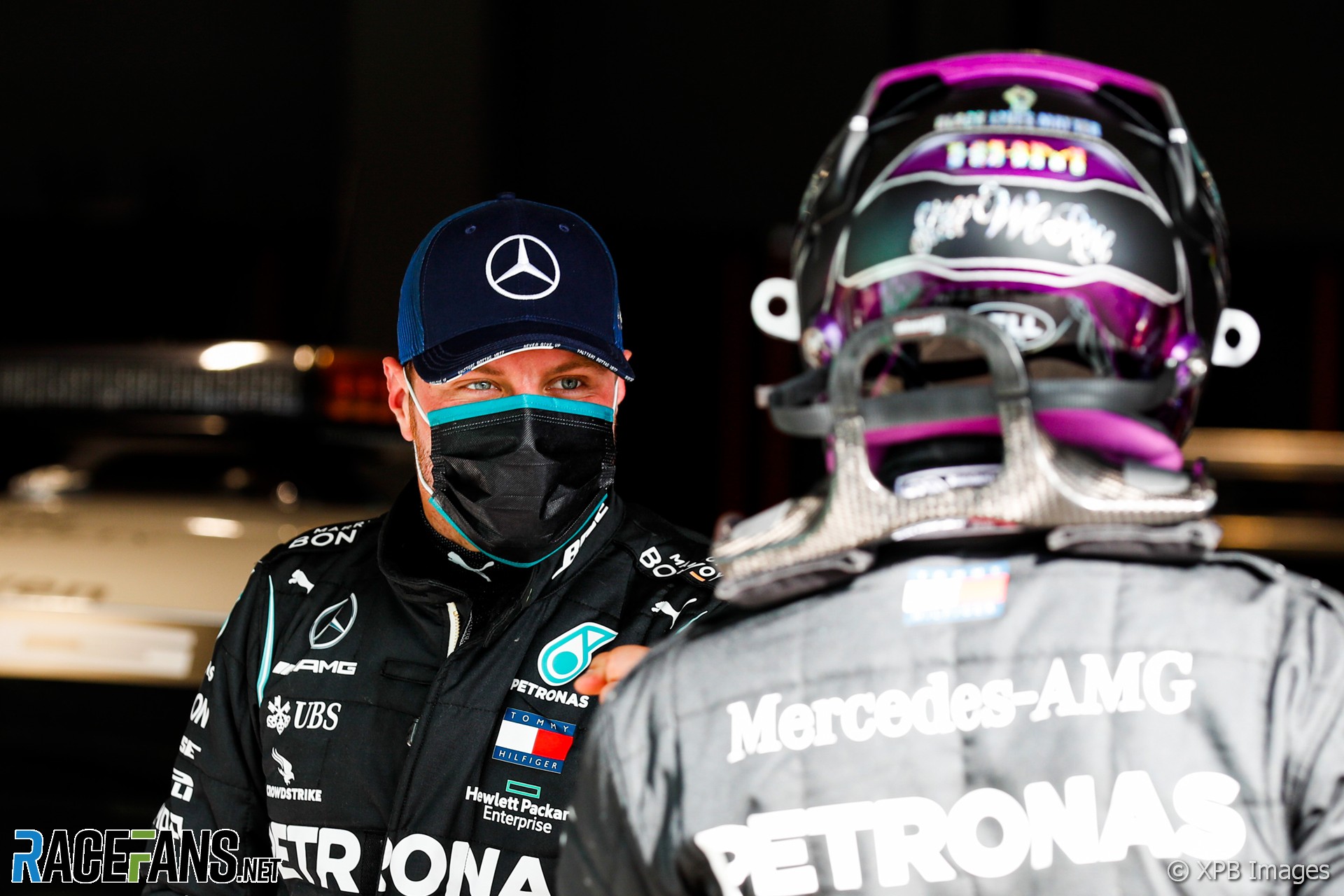 Lewis Hamilton says his team mate Valtteri Bottas doesn’t get enough credit for how well he is driving.

Bottas has been Hamilton’s closest rival for the championship this year. He is the only driver left who can beat Hamilton to the title, but is 85 points behind with only 104 available over the remaining races.

“Valtteri doesn’t get the credit he’s due because he does an amazing job,” Hamilton told Ziggo Sport. “He’s an incredibly fast driver.

“I think he’s better than a large portion of the field that are here, not only in his driving, but more in his mental attitude and approach. Because being a driver is not just about driving, it’s not just about practice. It’s about how you compose, how you bring and elevate people around you and he’s great at that.”

Bottas has taken pole position four times this year. Although Hamilton prevailed the other nine times, the gap between the pair of them was a tenth of a second or less on five of those occasions.

“When I look back on those times they were too close,” said Hamilton. “They weren’t good enough because I believe that I have a certain amount of extra time in me.

“But it’s honestly just never giving up, never believing it’s over. It’s down to feel, pushing to the limit and trying to put all the pieces to the puzzle together in a rush.

“When you go into practice, you’ve basically got a new puzzle and the pieces are all over the place and you only have a select amount of time to put all the pieces of the puzzle into place.

85 comments on “Hamilton: Bottas deserves more credit than he gets”