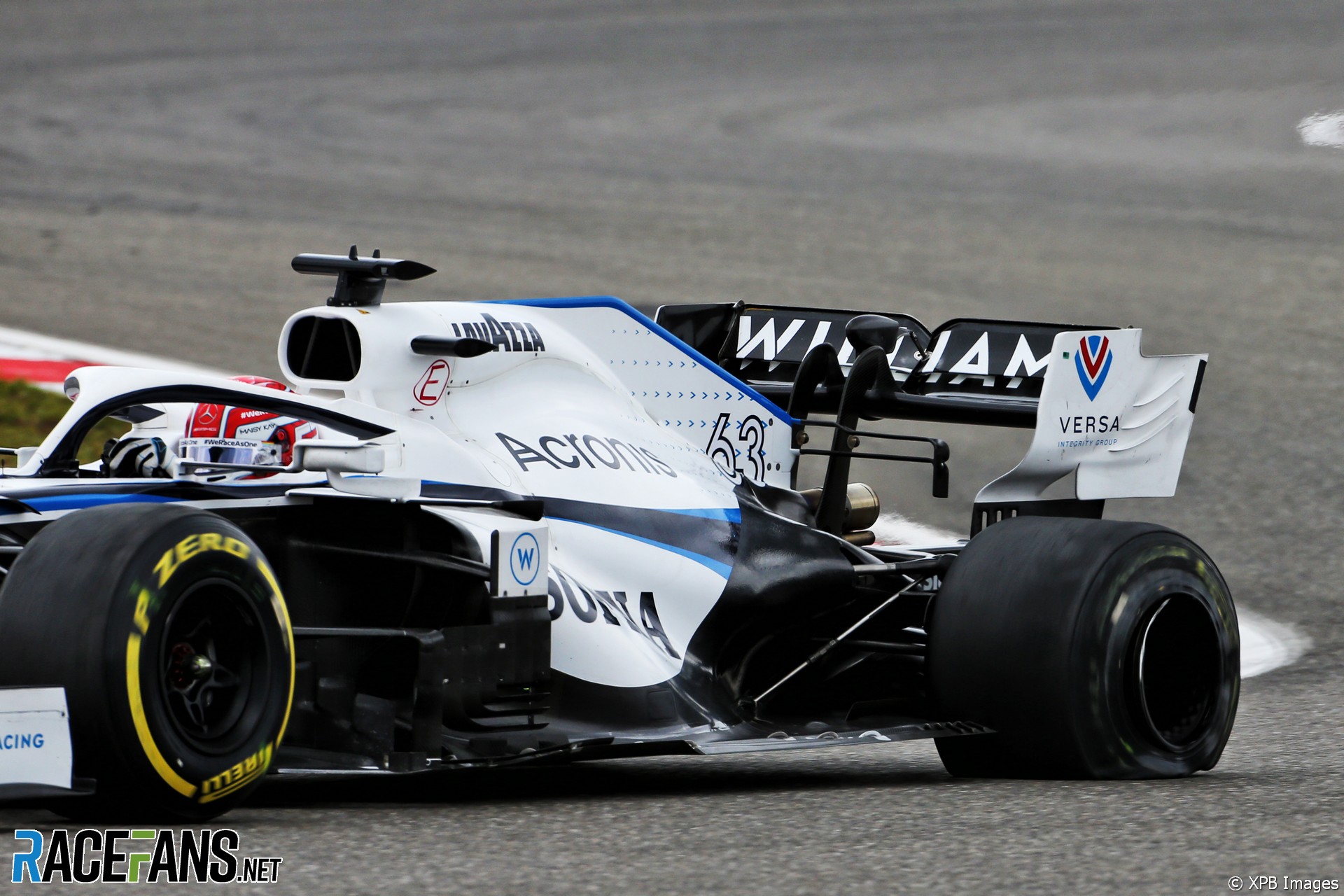 The Williams driver retired from the race after being hit by the Alfa Romeo driver while the pair were fighting with Sebastian Vettel.

“It was obviously frustrating,” said Russell. “I actually overtook Sebastian in the chicane before, but he then got the run on me on the exit, which I don’t think was shown on the TV.

“[That] allowed him to have the DRS and obviously Kimi was behind. I was on the outside, I left plenty of space. But I think Kimi just locked up behind Sebastian and then lost the rear.

“Sometimes it’s racing, we’re all pushing hard and it’s not easy sometimes. But it’s frustrating because the car was feeling good and the way the race went I think we could have scored points. It’s all going against us at the moment unfortunately.”

Every driver apart from the Williams pair has now scored points this year. Russell said luck has gone against them in races such as today when retirements ahead offered them a chance to finish inside the top 10.

“I’m realistic and as nice as it would be to score a point or two or three, ultimately the car is not quick enough. We need to continue to work really hard to bring more performance to the car because we don’t want to be lucking into these events, we want to be there on merit. And ultimately that’s where we are at the moment.

“There’s been a number of times when we’ve had really good races and finished quite high up the order relatively but there haven’t been five midfield cars break down which is the difference between scoring points or not.”

7 comments on “Russell: Raikkonen cost us chance to score points”