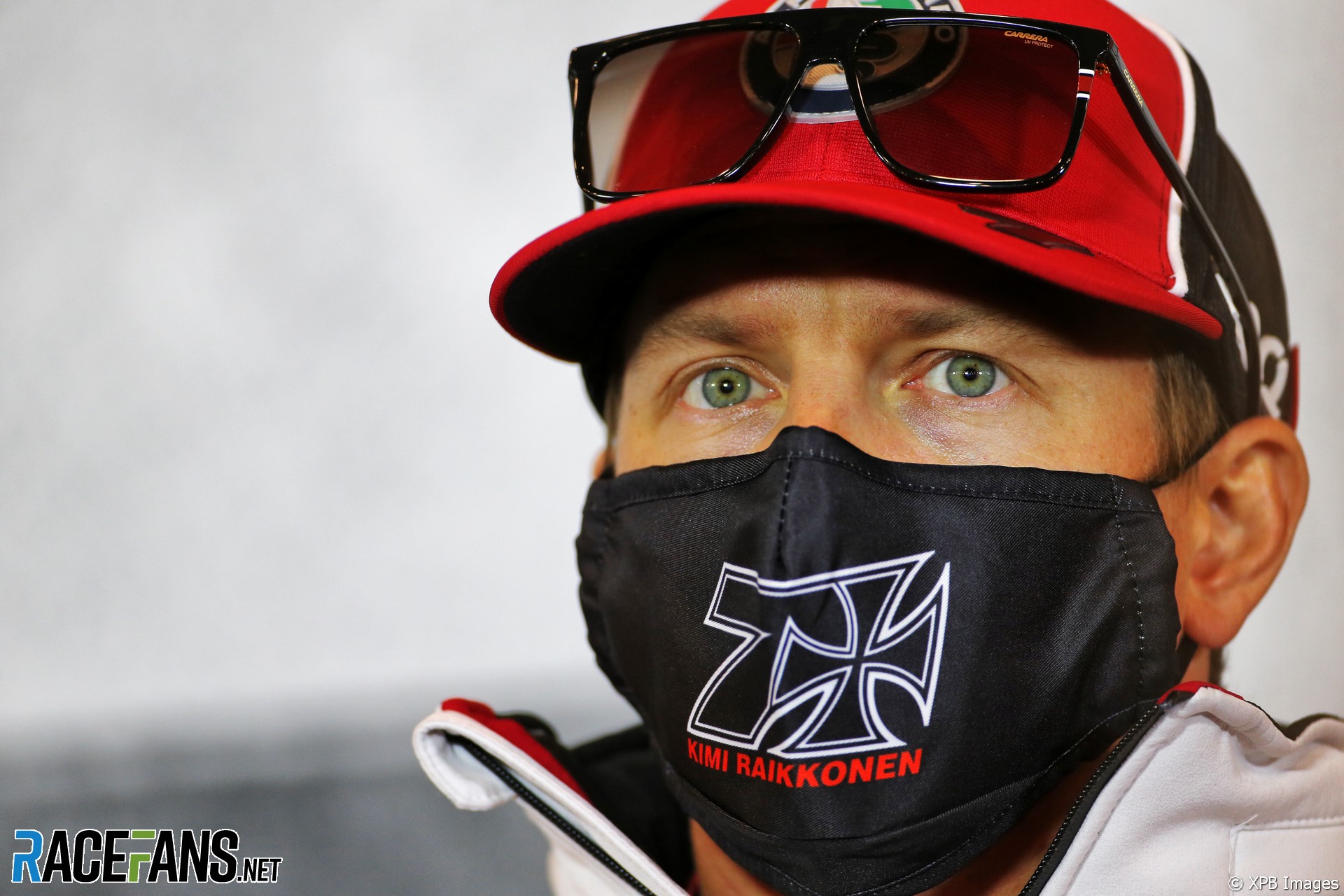 Kimi Raikkonen has dismissed claims he has agreed a new deal to continue driving for Alfa Romeo in 2021.

The 2007 world champion joined the team at the beginning of last year on a two-year contract. This weekend he will break the record for most races started by an F1 driver in their career.

Raikkonen said he is still enjoying his racing despite Alfa Romeo’s poor form this year meaning he has only finished in the points once.

“I enjoy the racing but obviously we have more fun when we do better,” he said. “And it’s definitely not been something where wanted to be or where we are aiming.

“But it was, early on, very clear that we are not where we were we were hoping to be. For many different reasons. But the racing I still enjoy, we had good battles and I wouldn’t be here today if I wouldn’t enjoy it, I can do other things also.”

However he rejected claims he has already taken up an option to extend his contract with Alfa Romeo.

“If you believe the news then it’s the truth but I’ve never had an option in my contract so that’s should, pretty much, tell you that it’s not true,” said Raikkonen.

“I read some many things in the news over the years that I’ve stopped reading them because 90% is far from truth. And then 10%, is something to do with it. So, no, I haven’t signed anything.”